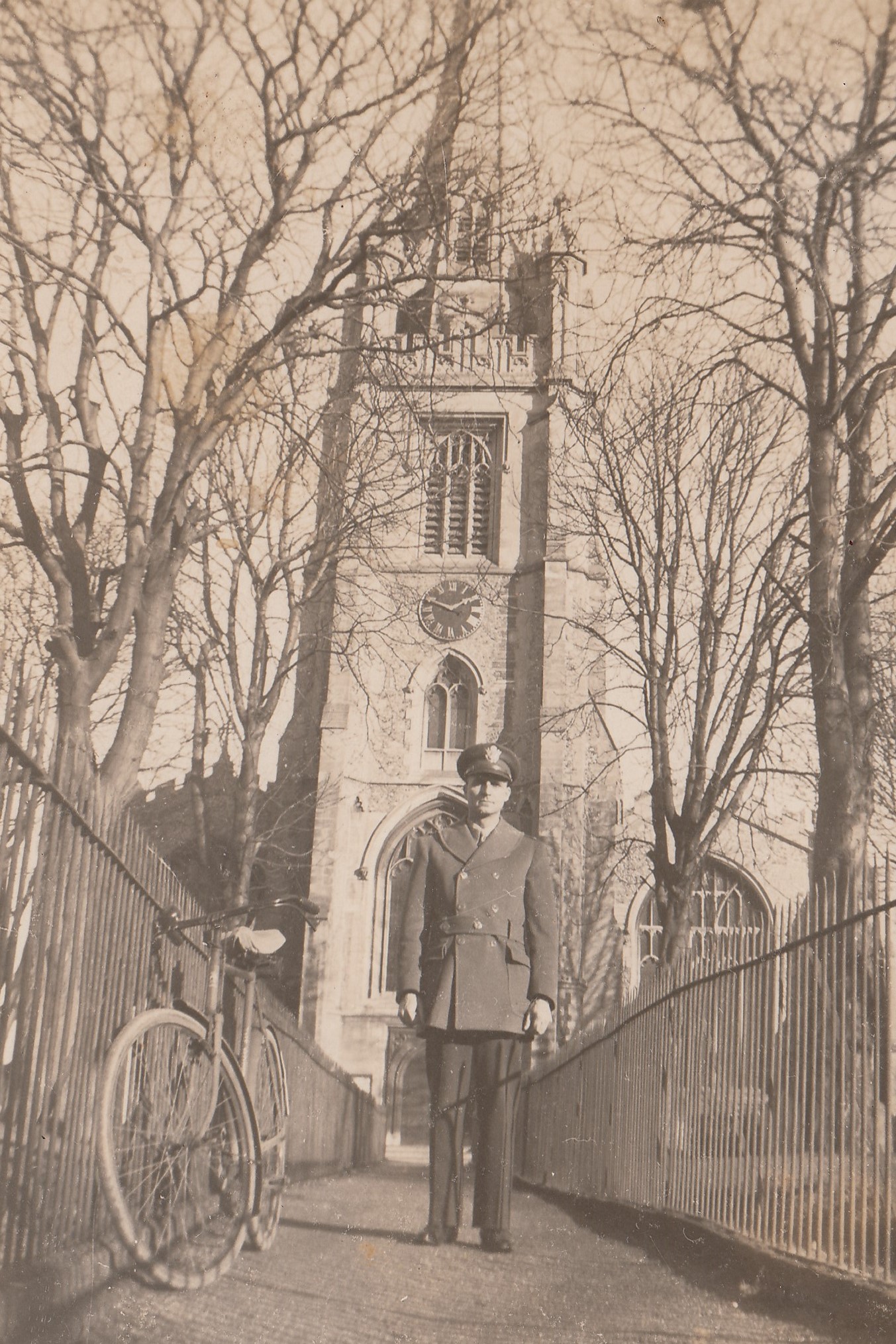 Monte Weaver at the church of St. Mary in Saffron Walden. He was an air traffic controller during WWII. 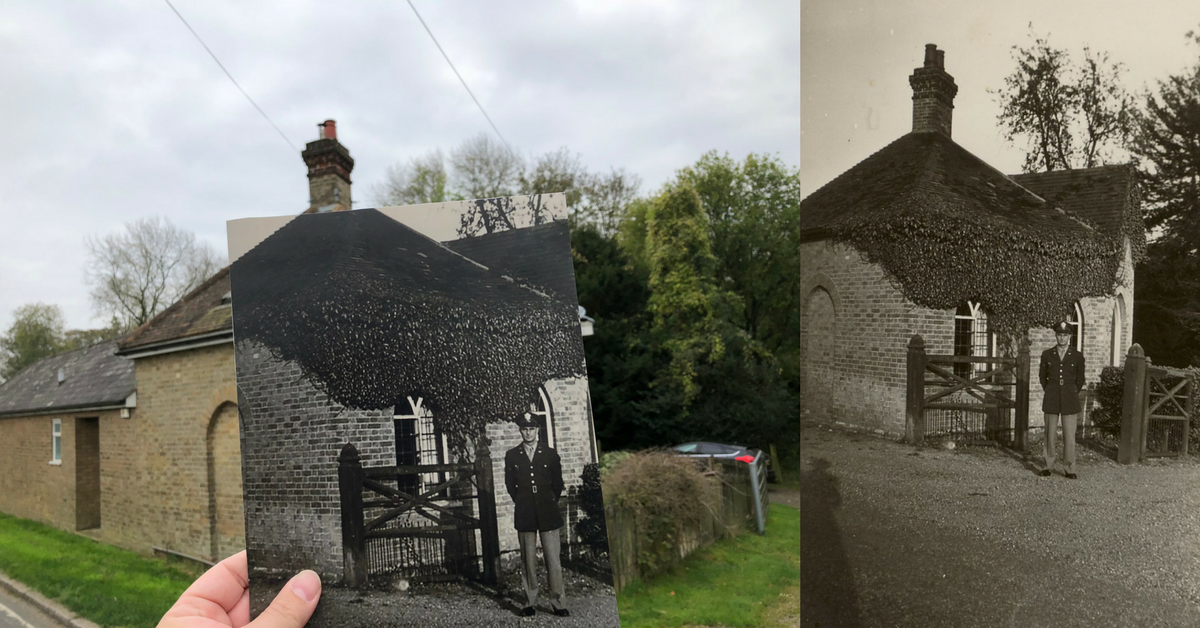 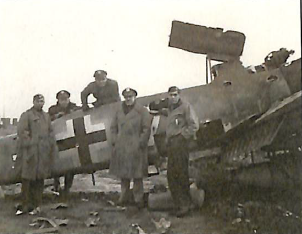 First Lt. Monte Weaver was a member of the oldest operational fighter control wing in the European theatre. He controlled P-51 Mustangs in their operations over Continental Europe. 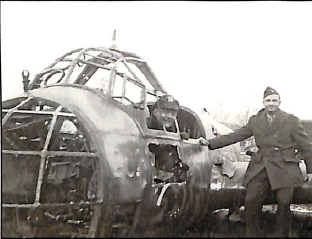 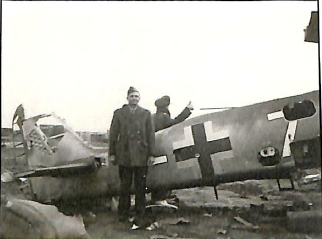 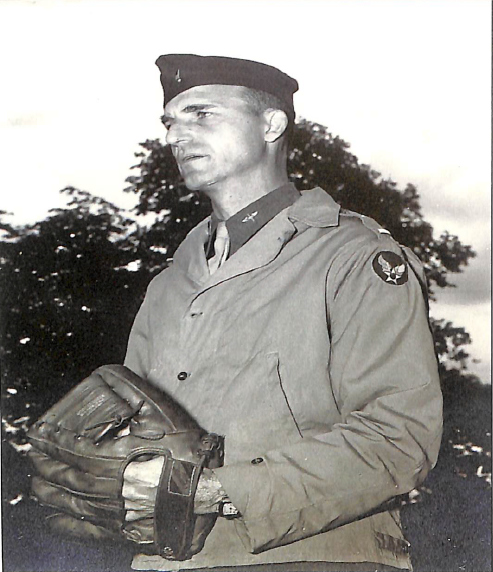 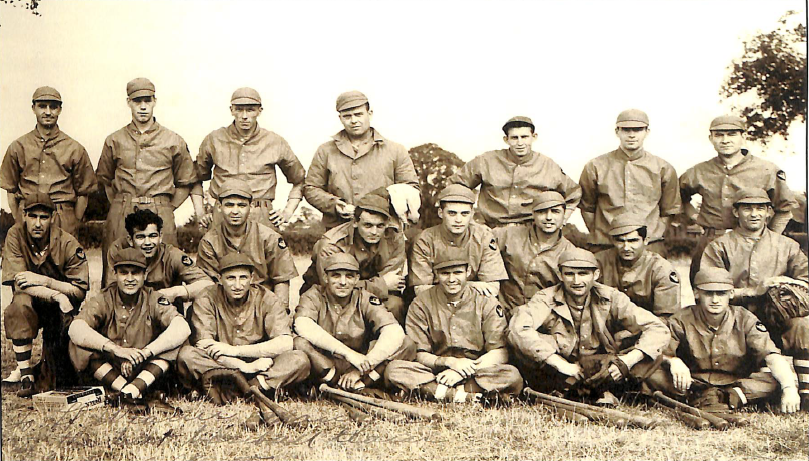 Monte Weaver is credited with his baseball team's excellent record of 28 victories and 1 defeat. 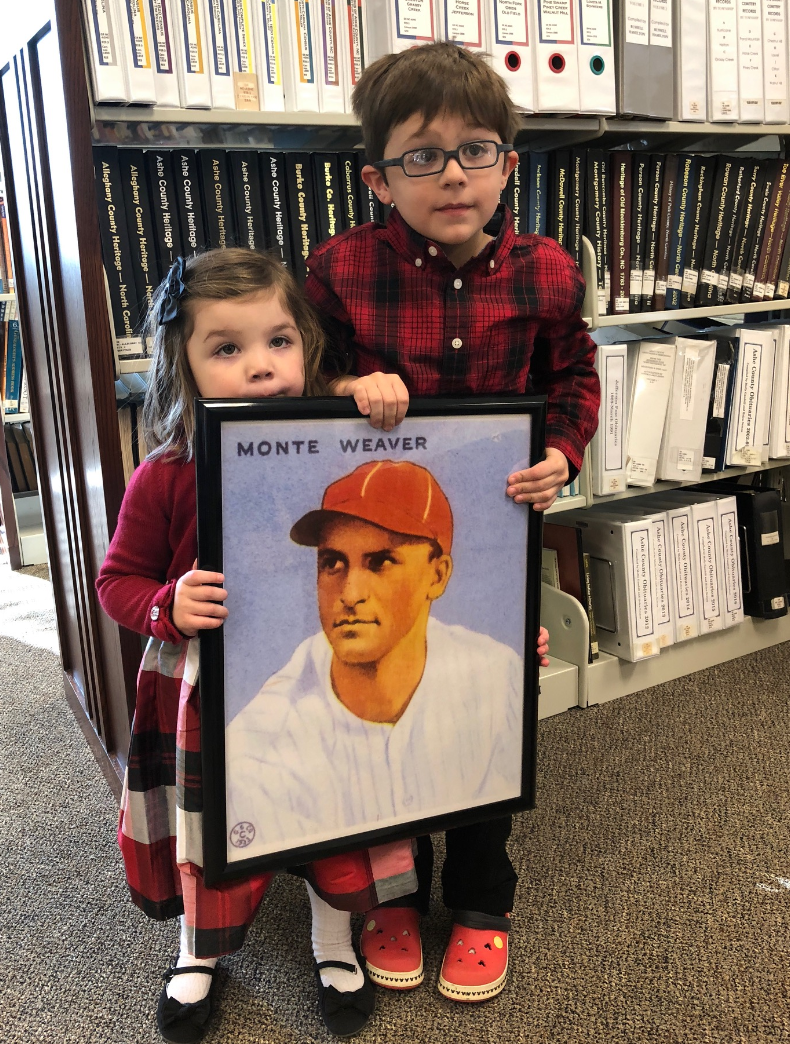 Emma & Samuel Weaver pose with a picture of their great grandfather, Monte Weaver.  This picture is a poster size print of his official baseball card.