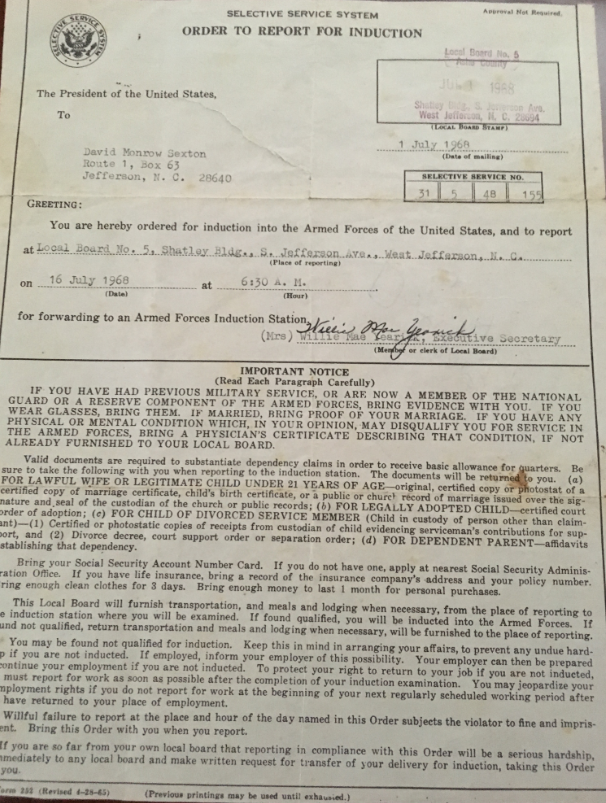 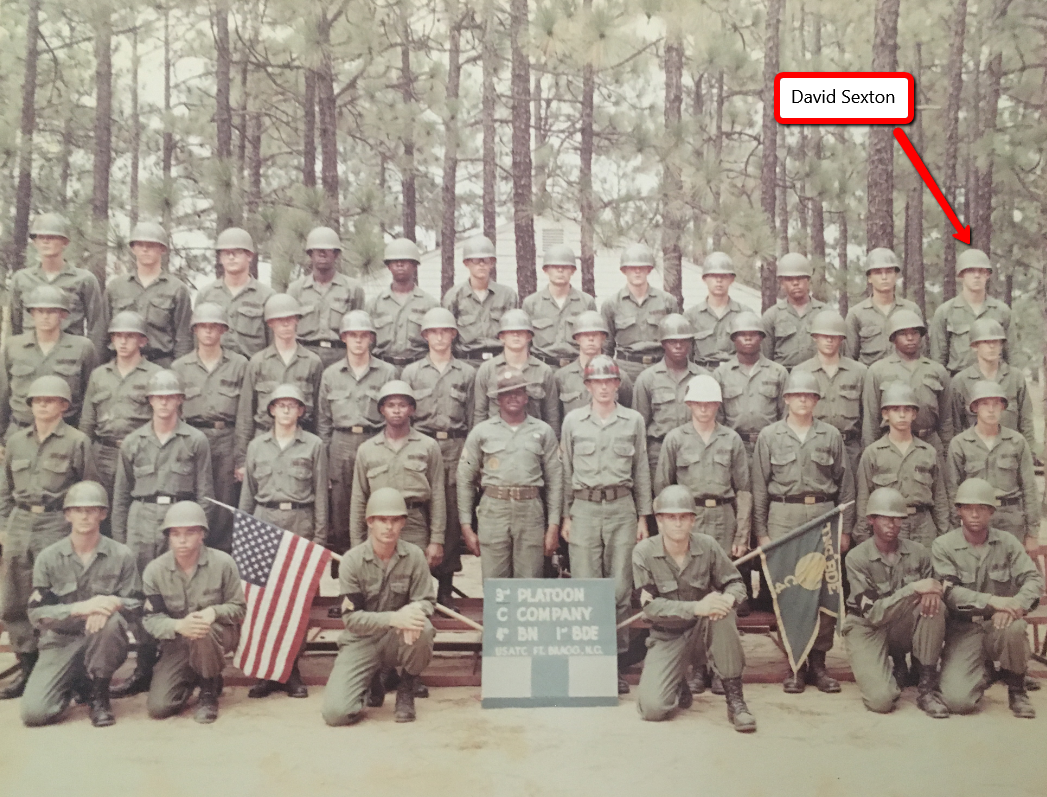 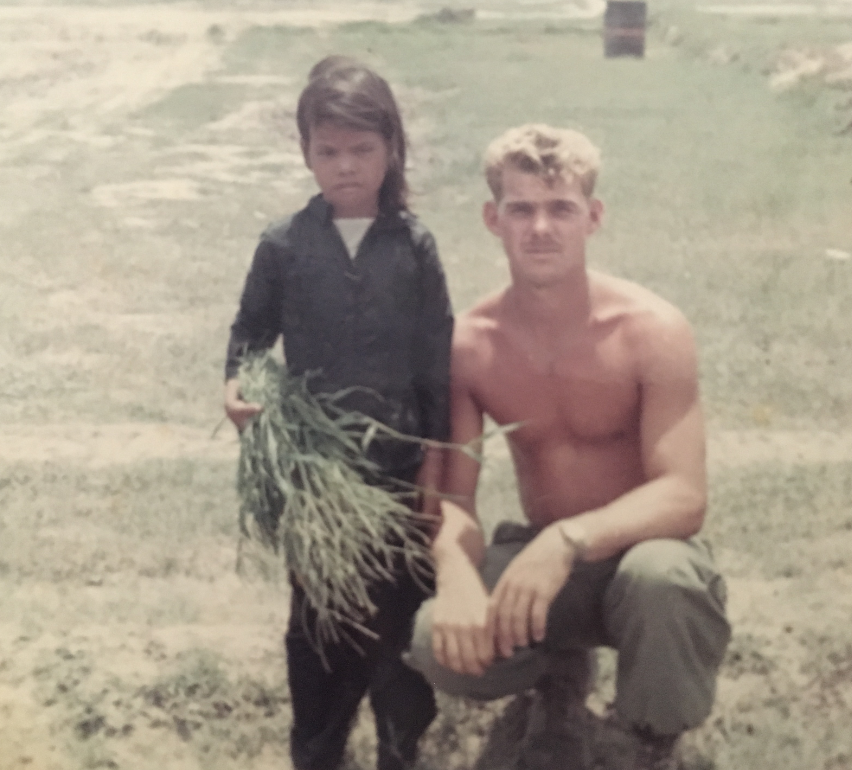 While at Dau Tieng Base Camp, local Vietnamese woman would come inside to clean and do laundry for the troops.  David is pictured here with a child of one of these women. 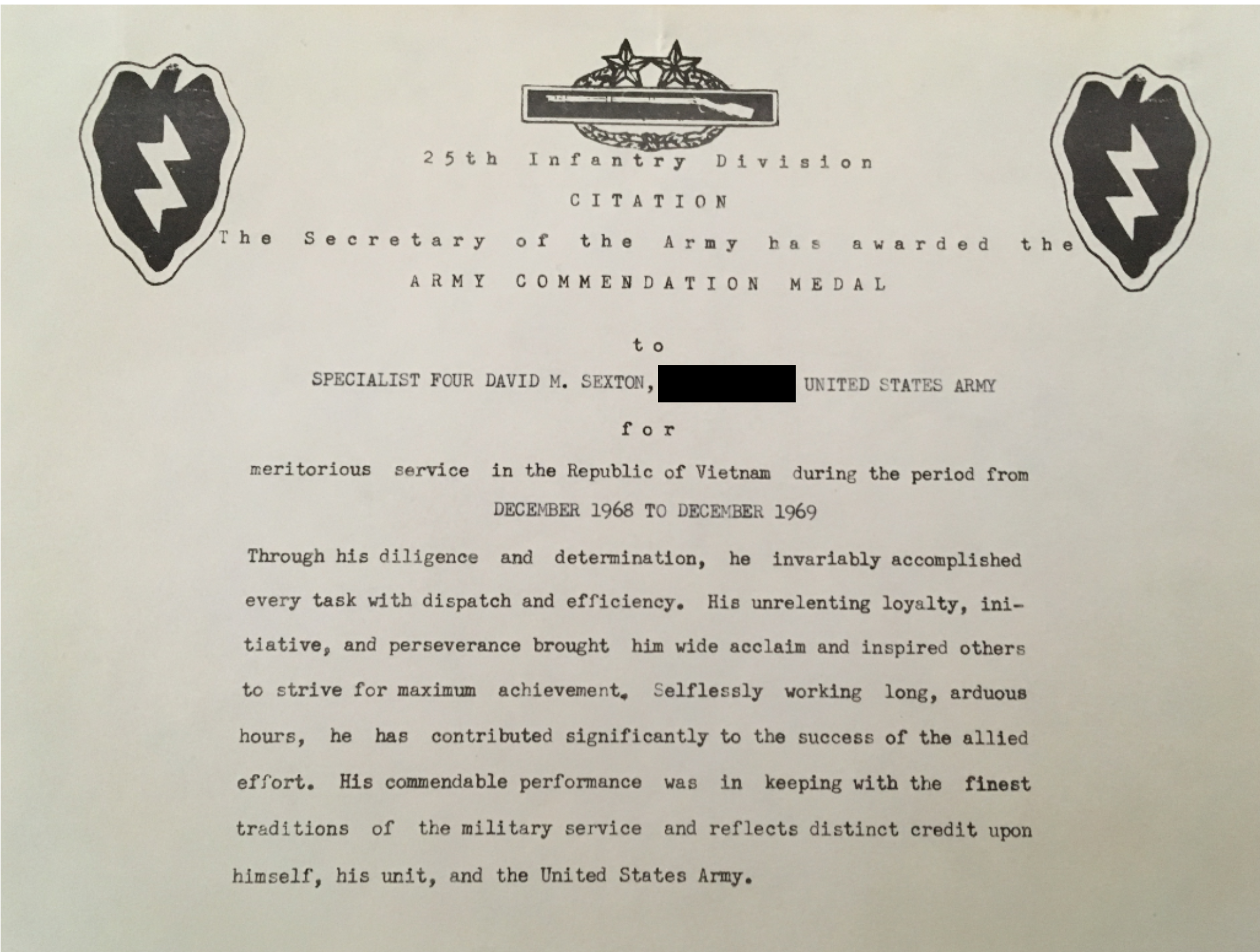 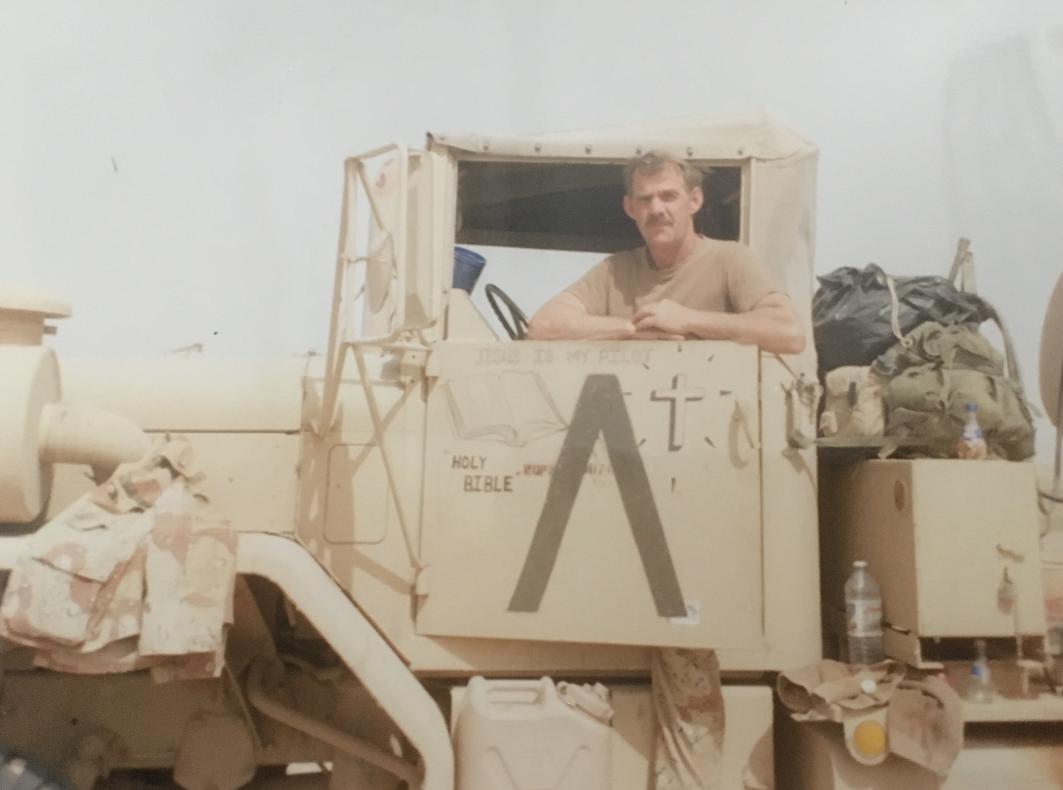 David customized the side of this vehicle while he was stationed in Iraq.   "Jesus IS my pilot ... he took care of me and I made it home." 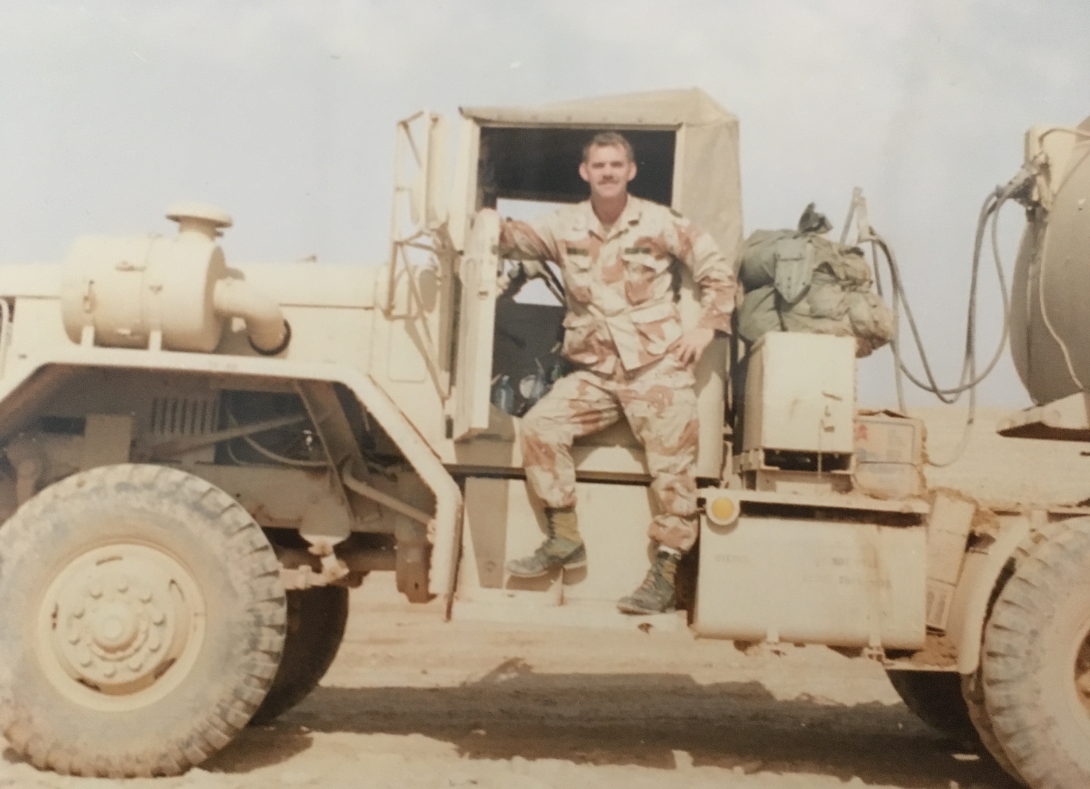 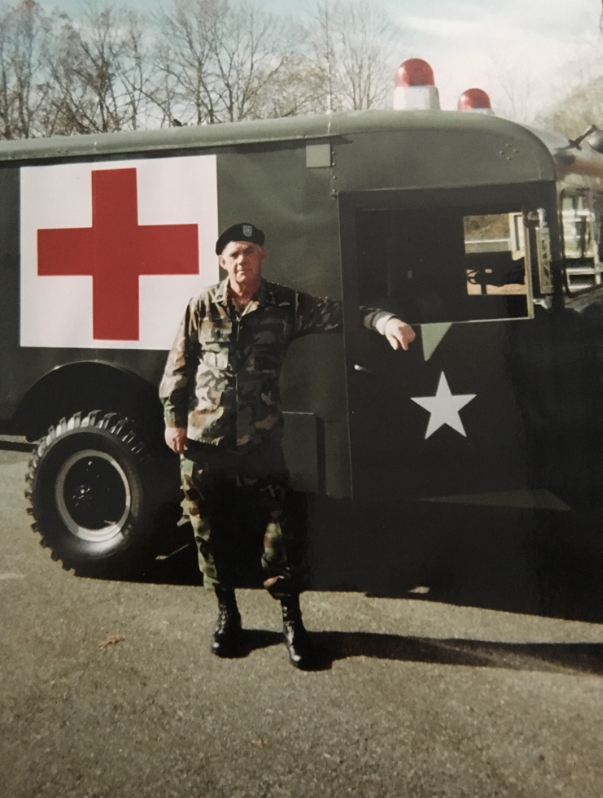 David poses in front of a WWII Red Cross truck 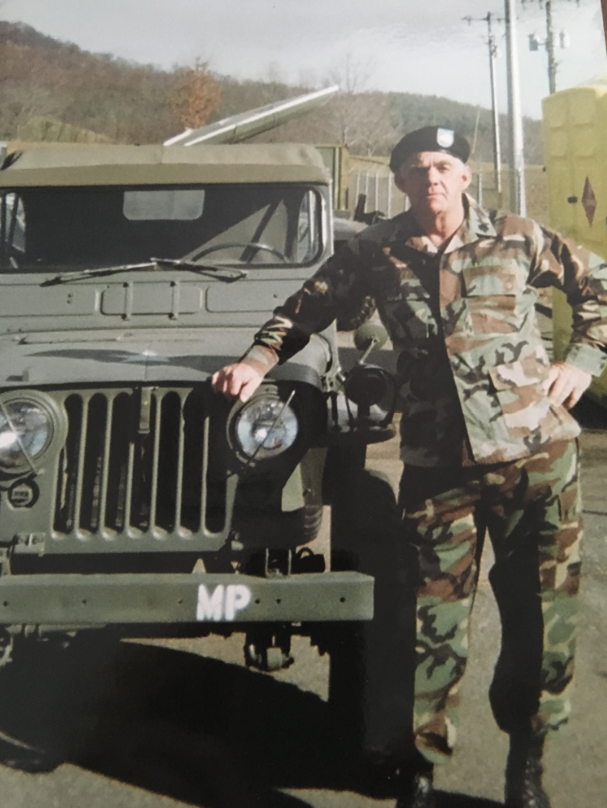 David continued to serve in the National Guard 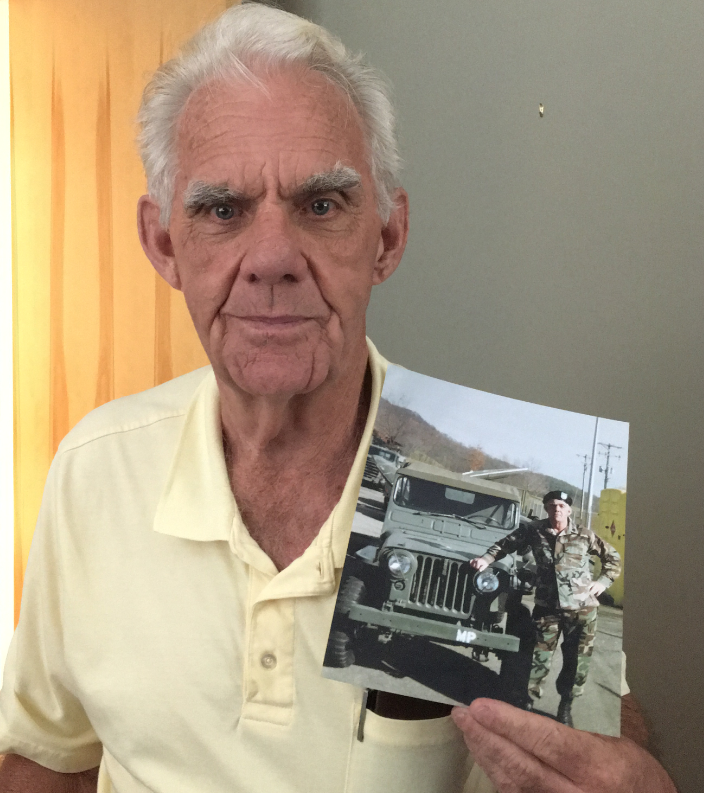 David pictured now with a picture of then 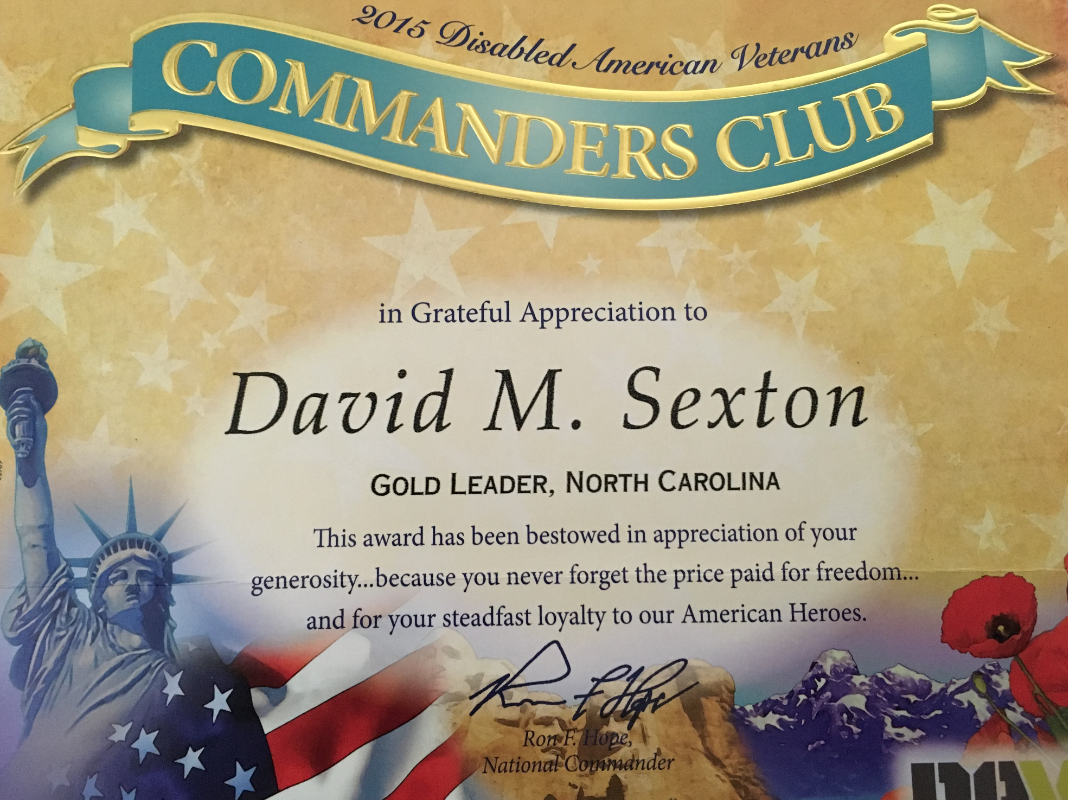 David is a proud member of the DAV (Disabled American Veterans) and was honored to have served his country.

David Munrow Sexton was born on July 25, 1948, and grew up in Ashe County at his family's home place on Frank Dillard Road. He remembers when he got his draft letter: "I was working in Tennessee and came home for the weekend to visit mom.  She pulled this letter from the cupboard, and I had to report to serve."

His sister Polly and her husband Ralph drove him to Fort Bragg and left him at boot camp in July 1968.

David spoke highly of his platoon sergeant. The first and most important thing he remembers his sergeant saying was: "You are going to Vietnam.  If you listen and do what I ask you to do, you will come back home."  His confidence rose after boot camp training, and he left Fort Bragg for a short visit home before heading to Fort Sill, Oklahoma.  From there he was sent straight to Dau Tieng, Vietnam, arriving on Christmas Day in 1968.

While at Dau Tieng Base Camp, local Vietnamese women would come inside to clean and do laundry for the troops. Most of the time children would come to the fence selling recycled things, pieces of rope, ashtrays made from brass shell casings, etc.

David was an infantryman with the 25th Division.  His company's patch is nicknamed Tropic Lightning or Electric Strawberry.  During the Tet offensives of 1968 and 1969, Tropic Lightning soldiers were instrumental in defending the besieged city of Saigon.

After serving in Vietnam, David later joined the National Guard Army and was later deployed to Iraq during the Desert Storm conflict.   Following his time overseas, he was put in charge of the kitchen at the National Guard Armory of Ashe. The local guard's kitchen won "Best in State" under David's management.