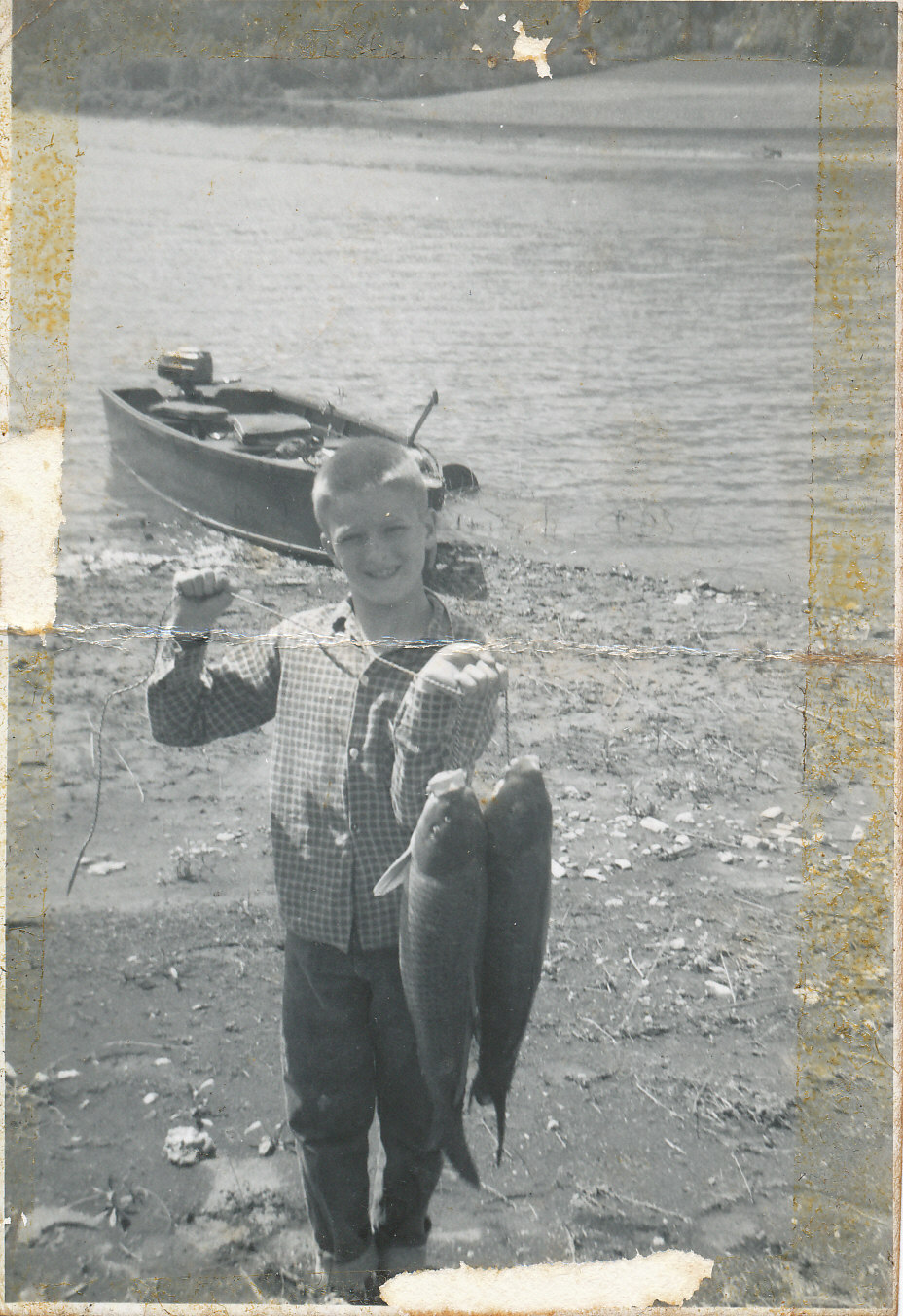 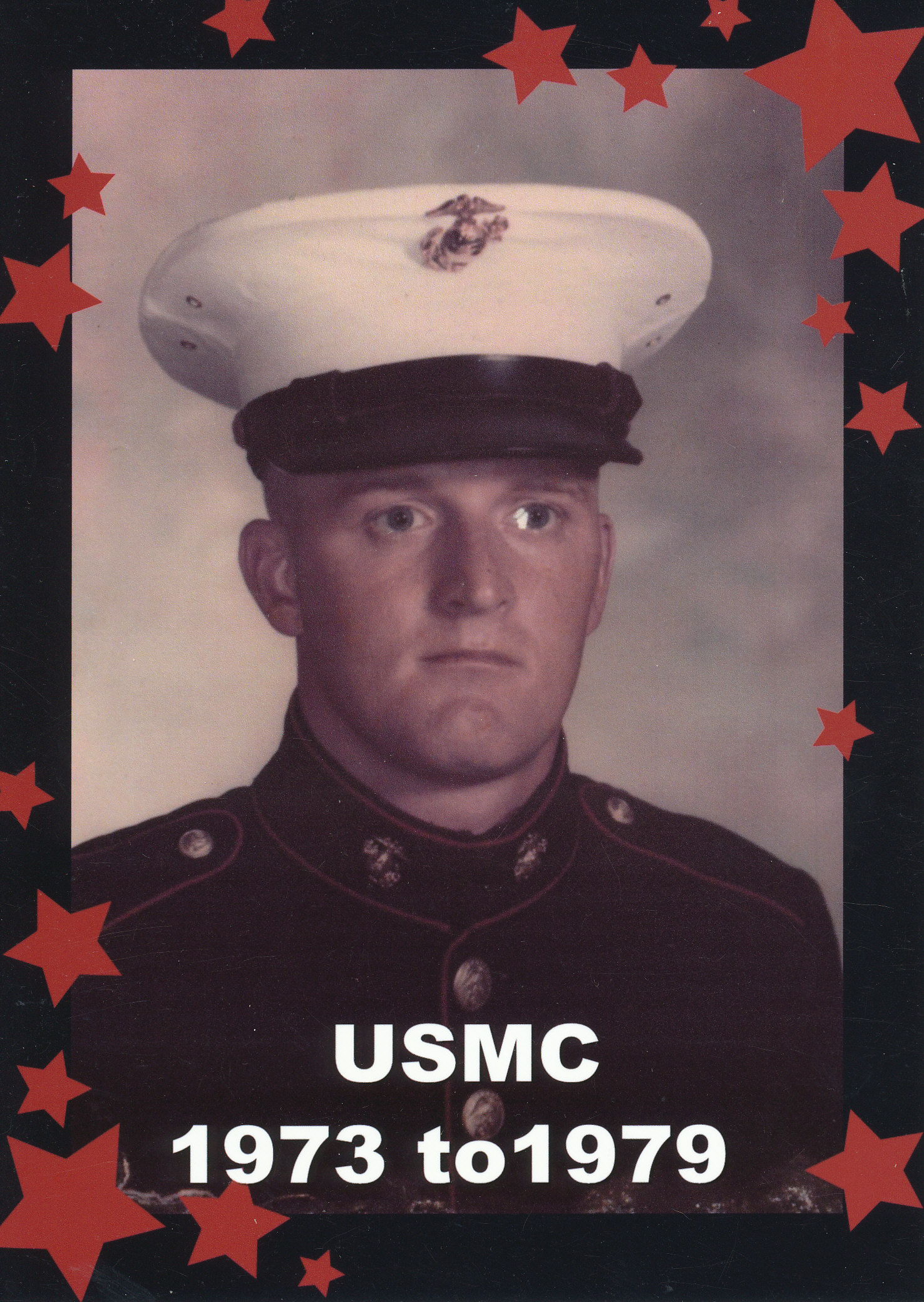 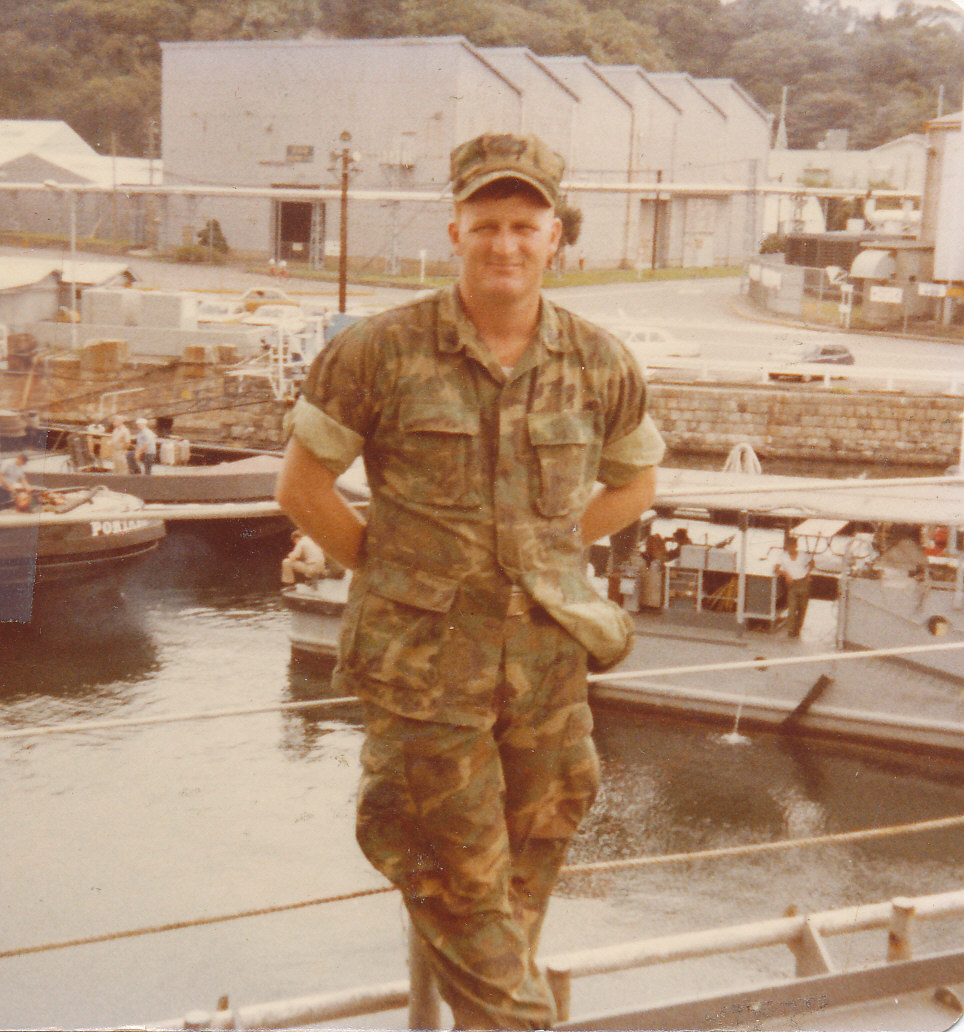 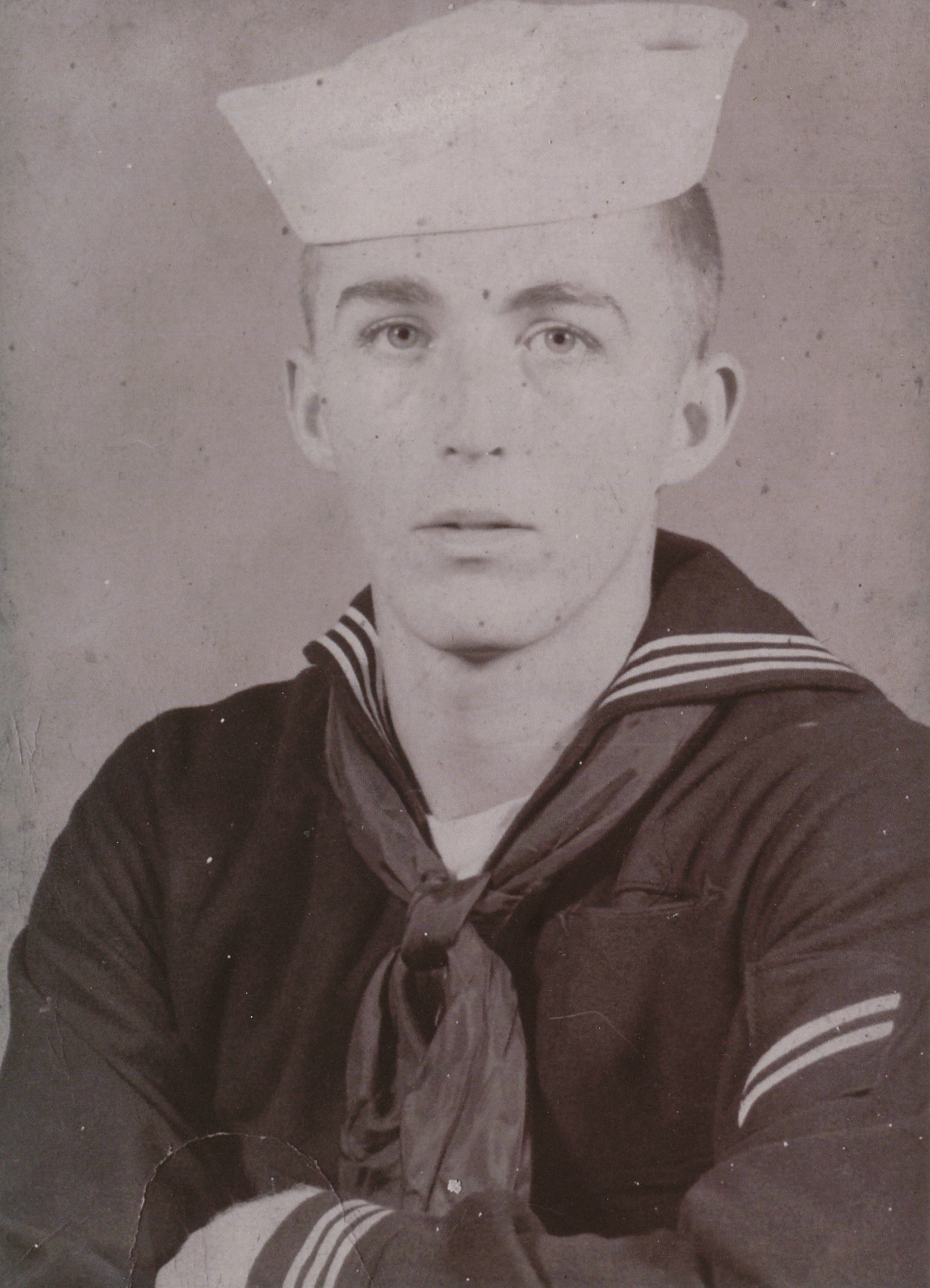 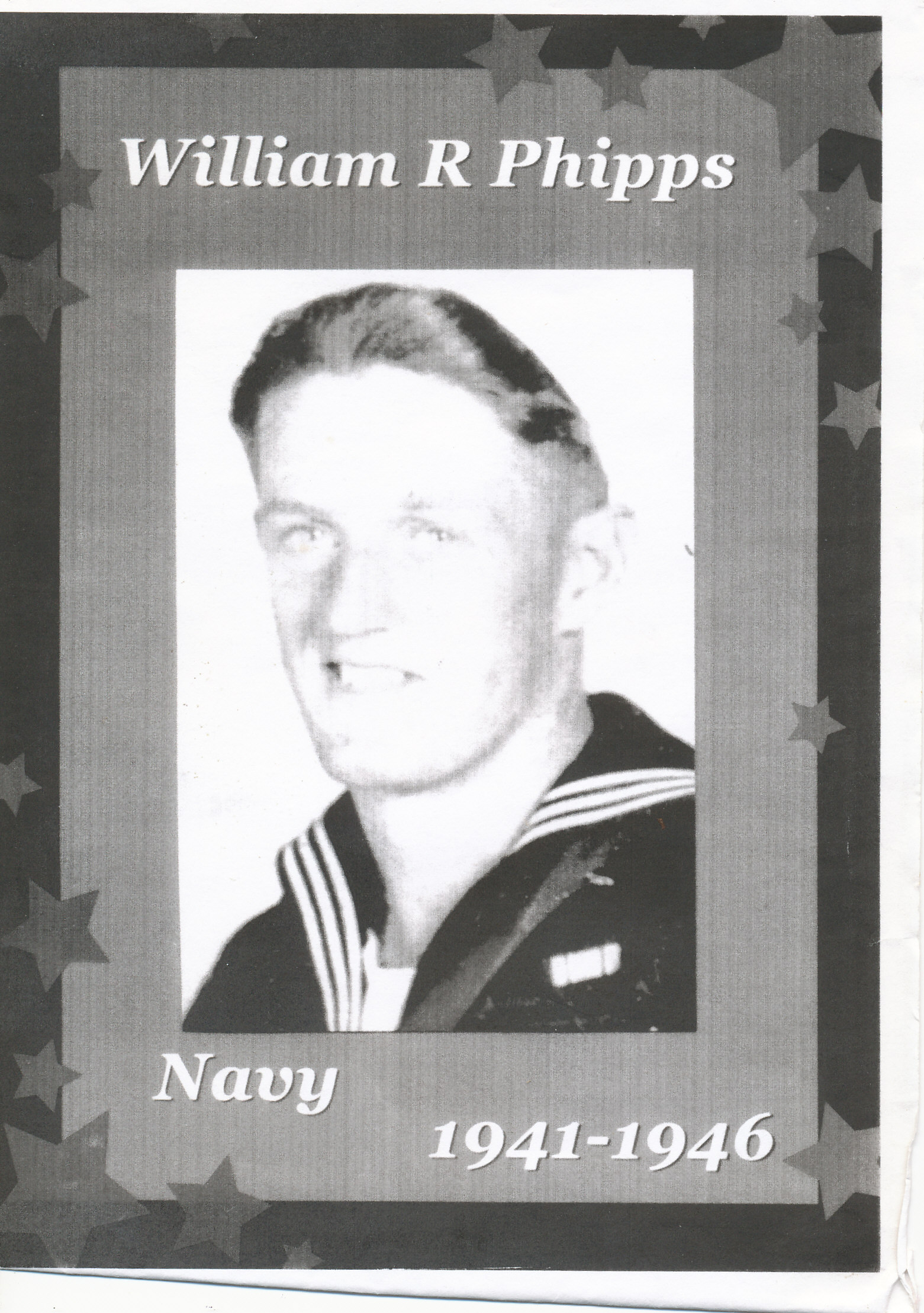 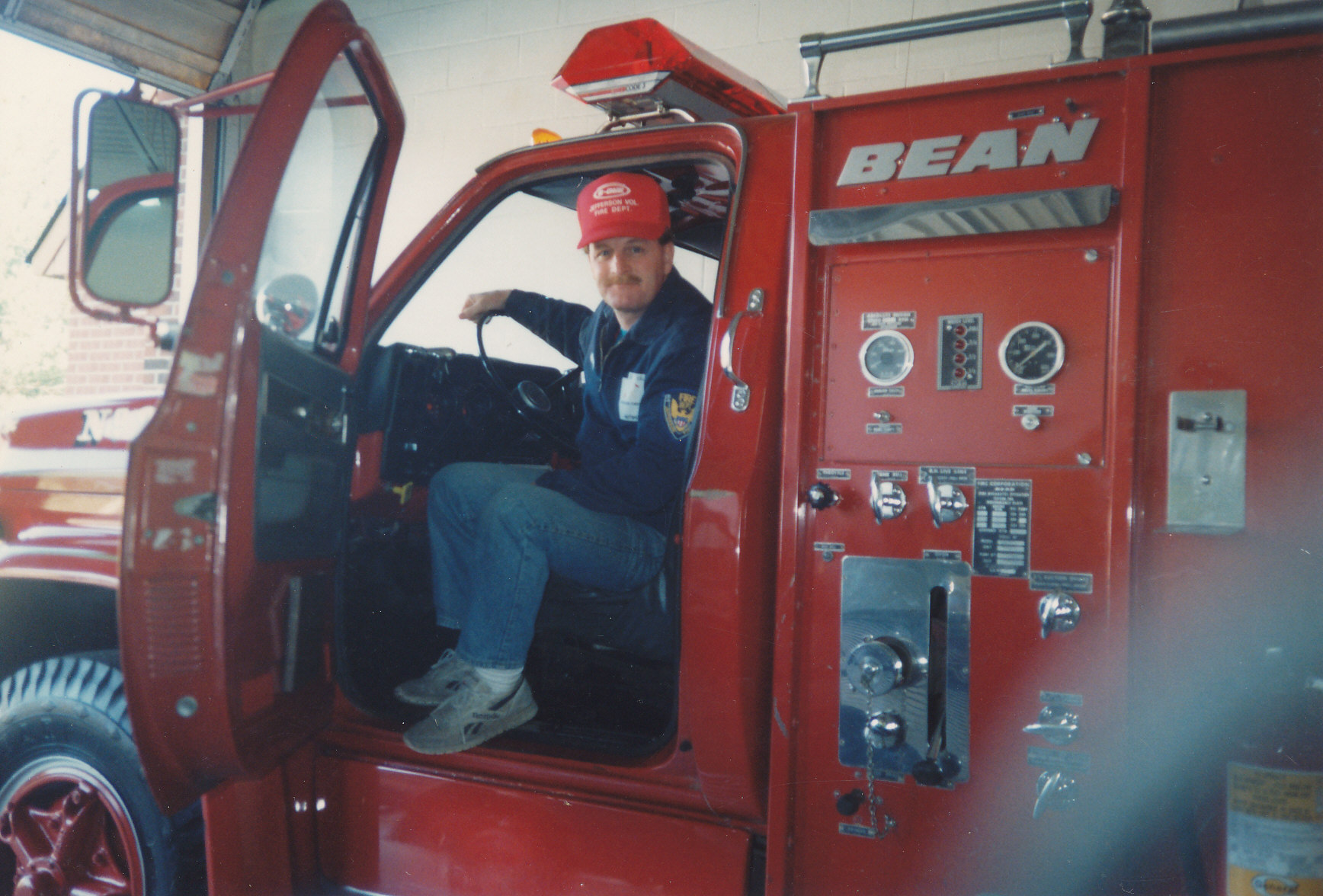 After Bob's military service years, he worked for 22 years as a volunteer for the Jefferson Fire Department. 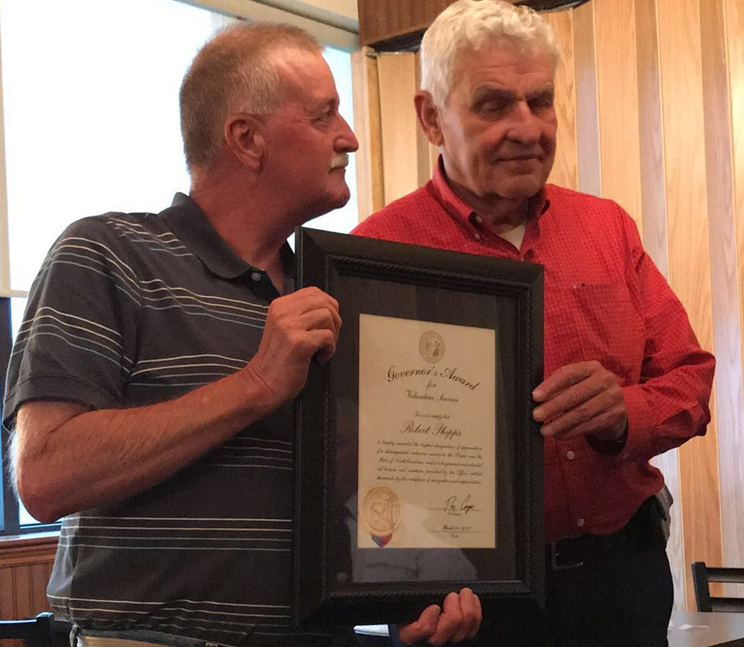 Bob was chosen for the Governor's Award for volunteer service to Ashe County in 2017.  Pictured here is commissioner, William Sands with Bob when he was presented this honor.

Bob was born at Jefferson Hospital on December 18, 1951, and named Robert Dean Phipps, given his middle name, after the doctor who delivered him.  Growing up, his chores including milking Red, the family cow.  He loved to go fishing with his Uncle Jess Pollard and cousin Ray Caldwell. He would go with them out to Watauga Lake in their motorboat and catch fish.  Pictured here at age nine is Bob with a couple of carp and a proud moment.  He went to elementary school at Nathan's Creek and graduated from  Ashe Central High School in 1970.  After high School, Bob worked as a cut-off saw for Thomasville Furniture Company and then joined the United States Marines in 1973.

Bob experienced the "toughest basic training in the world at Paris Island."  Drill instructors were mean and once in their command you belonged to them. At mealtime, you only had a few minutes to eat once you picked up your tray of food. Then there was extensive physical training that included, running, practicing hand-to-hand combat using pugil sticks, and close combat with fixed bayonets.  In boot camp Bob remembers firing 249 out of 250 with an M14.  He was beat by only one recruit from Kentucky.   He remembers Staff Sergeant Gilbert, from North Wilksboro, who gave him the most encouragement and kept pushing him to be the best.  Hiking 15 miles through swamps with backpacks of 100 pounds and acquiring blisters on his feet was the hardest part of training.  Being away from home and family was the hardest part of the military lifestyle, but it was nice to have three regular meals a day.  After formations were over you had the freedom to go out and about to do what you wanted, unless you were in the field.  As a "grunt," an 0311 Marine had to stay in Camp Lejeune for a year, after that you had to do six months at sea.  On the ship, Marines took "cruises" to a number of places, patrolling the coastal areas, with liberties to go ashore.

In 1975 Bob was with Fox Co. 2/8 when he blindly volunteered for the evacuation of Vietnam.  He says he carried a Gideon Bible for the comfort of knowing God was on his side. He asked if he could put in orders for Hawaii as home base, and after three months of time in Vietnam he was able to go west to Kaneohe Bay.  This was a great place to go snorkeling and fishing.  Bob really liked to snorkel.  The waters were so clear you could see all sorts of fish, turtles, everything, in the deep sea.

Ronald Lee Phipps, Bob's older brother, served in the Navy from 1965-69.  He trained in San Diego as a Navy SEAL and was in Vietnam for 2 1/2 years.  Ronald died at the young age of 53 suffering from the effects of agent orange used in chemical warfare.

Bob's father William Robert Phipps served in the Navy as a gunner's mate during WWII.  Bob says he joined the Marines to follow in the footsteps of his father and brother in service to our country.

Bob is proud to be a veteran and to help his fellow brothers.  He will do whatever he can to help a brother in need.  After Bob's military service years, he worked for 22 years as a volunteer for the Jefferson Fire Department.

Bob was chosen for the Governor's Award for volunteer service to Ashe County in 2017.