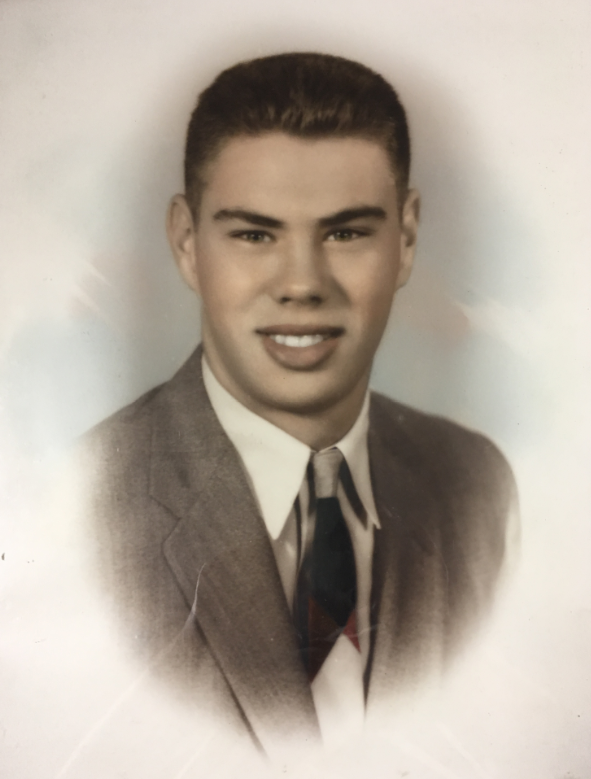 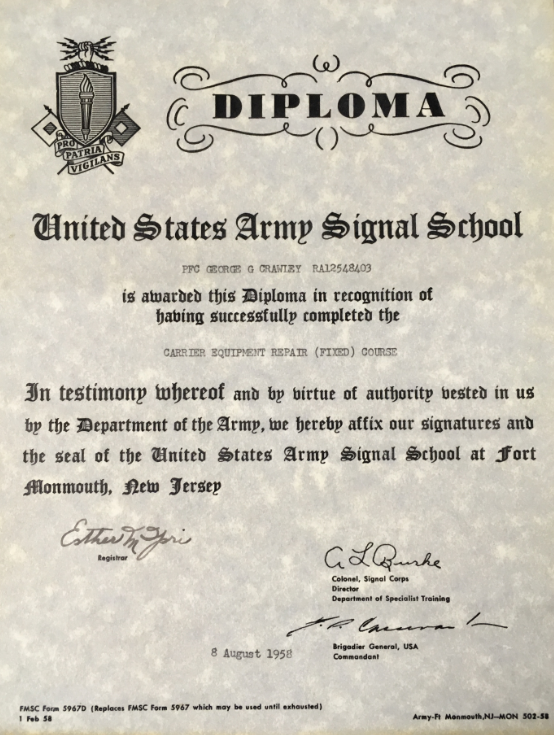 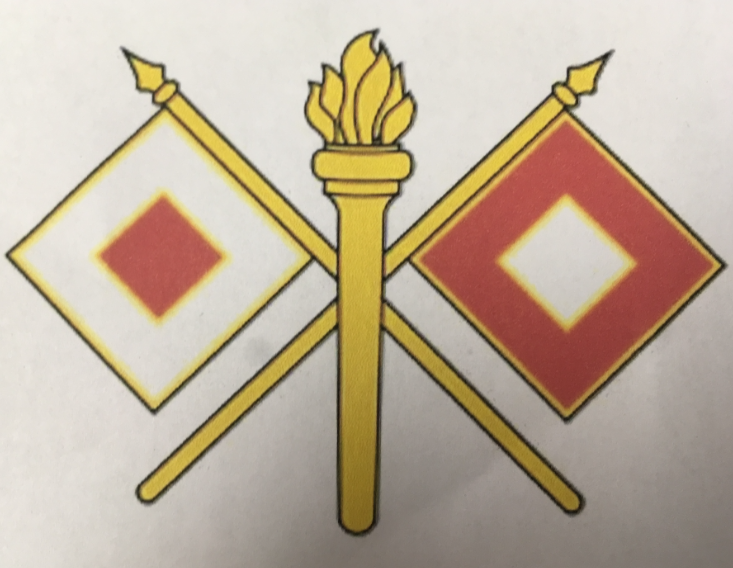 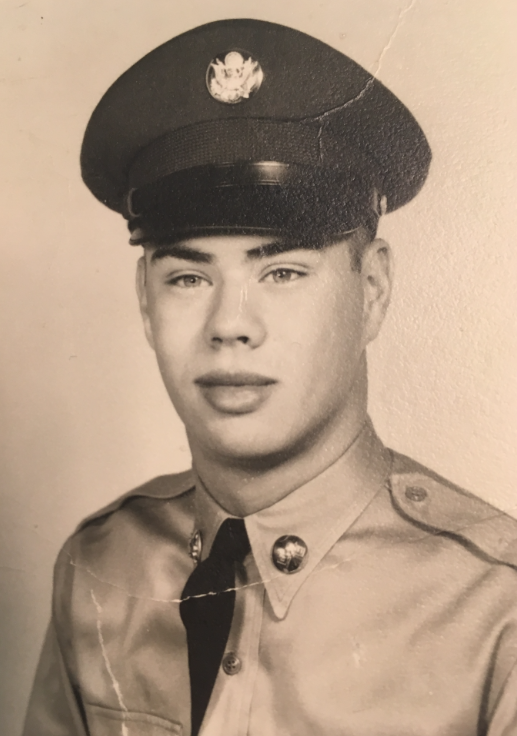 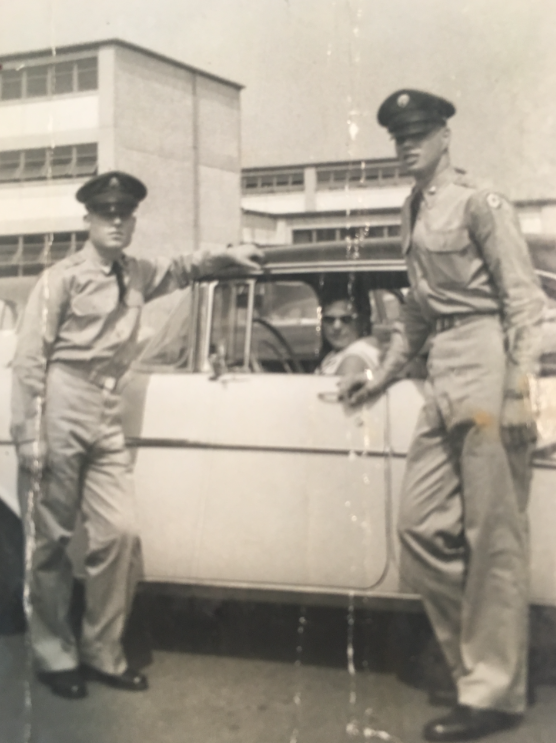 Pictured here is Glenn with his good friend Bob Johnson and his wife Phyllis at Fort Monmouth. 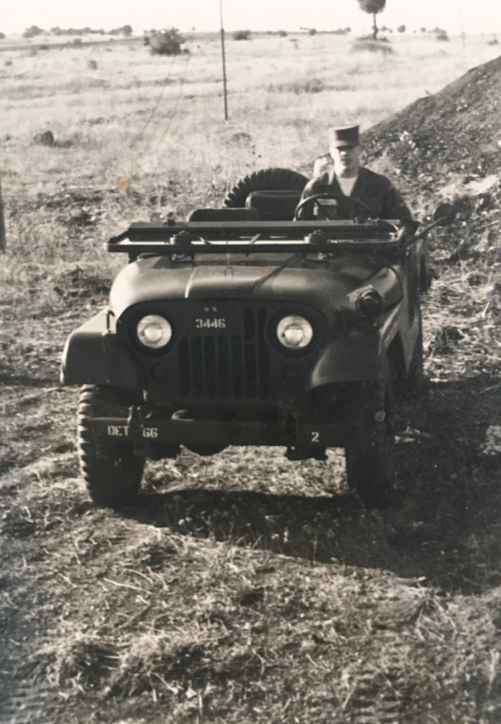 The background in this picture shows the topography of one Glenn's work sites.  Also pictures is "a field of antennas" which served  mission's electronics. 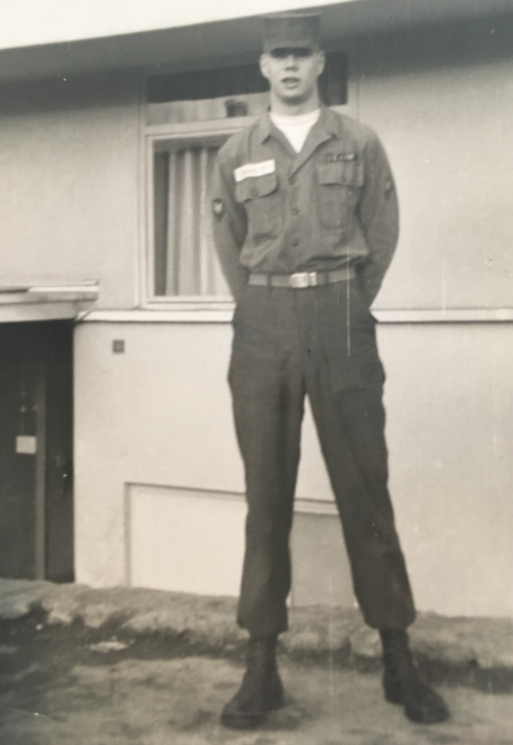 Glenn standing in front his barracks in Ankara, Turkey. 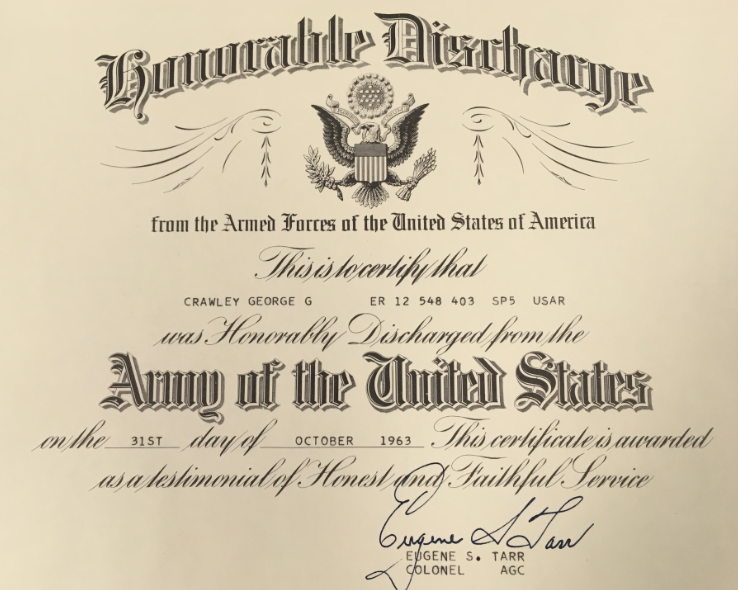 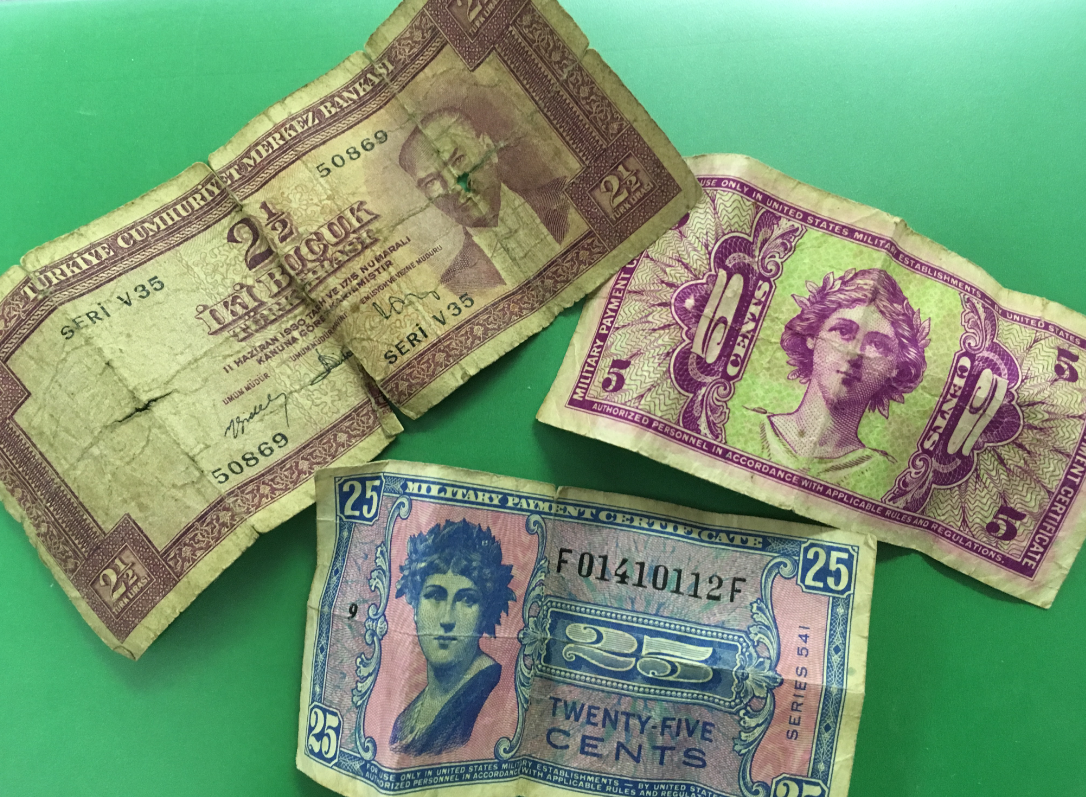 Turkish money and script.  The 2 and a half lira equals about 25 cents at the time Glenn was in Turkey.  The scripts bills were American to offset the black market.

Crawley reflects, "I joined the Army after graduating from high school and was sent to Fort Dix, New Jersey, for Basic Training.  After graduation from basic training I was sent to Fort Monmouth, New Jersey, to take a 26-week course, training to be a Fixed Station Carrier Repairman.  I graduated from this course and was assigned to the Chief Signal Officer's section of the U.S. Army.  This section is housed at the Pentagon.  After two weeks of leave, I had to report back to Fort Dix for my duty assignment.

My overseas assignment was for 18 months in *Tuslog Det 66 Ankara, Turkey.  Ultimately this was extended for 60 days.  I was finally shipped home in March 1960 and after 30 days leave, I reported to Fort Myer, Virginia, for duty in the Pentagon.  I worked there until my separation from active duty in September 1960."

After basic training Glenn met his good friend Bob Johnson on the bus headed to Fort Monmouth.  This was in January 1958.  Soon after settling into the training program, Bob went on leave and married Phyllis in February.  They had an apartment off base and Glenn spent a lot of time with them riding around on off-time to go to the beach and visit family back home.  This friendship has lasted through the years.