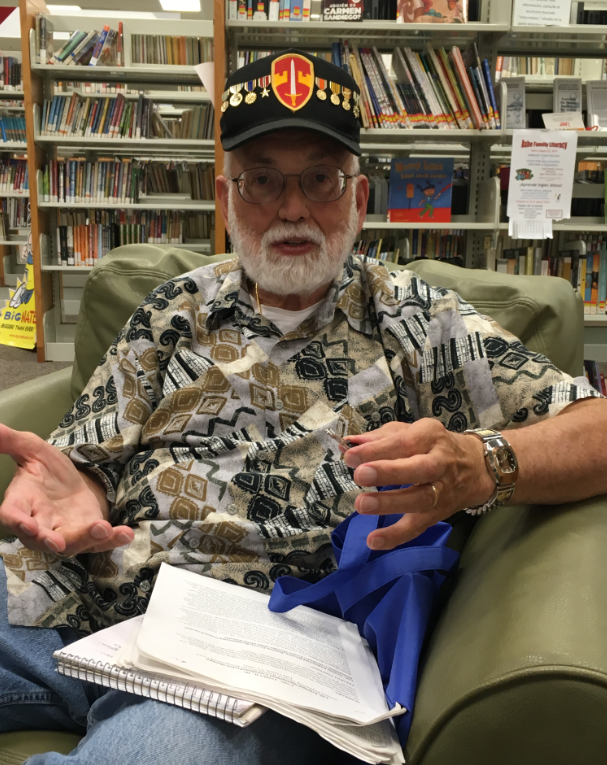 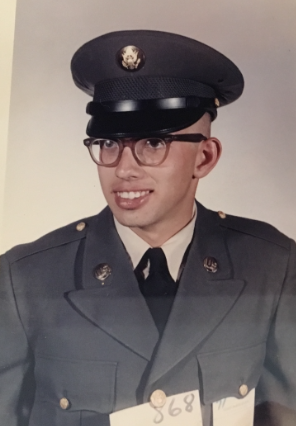 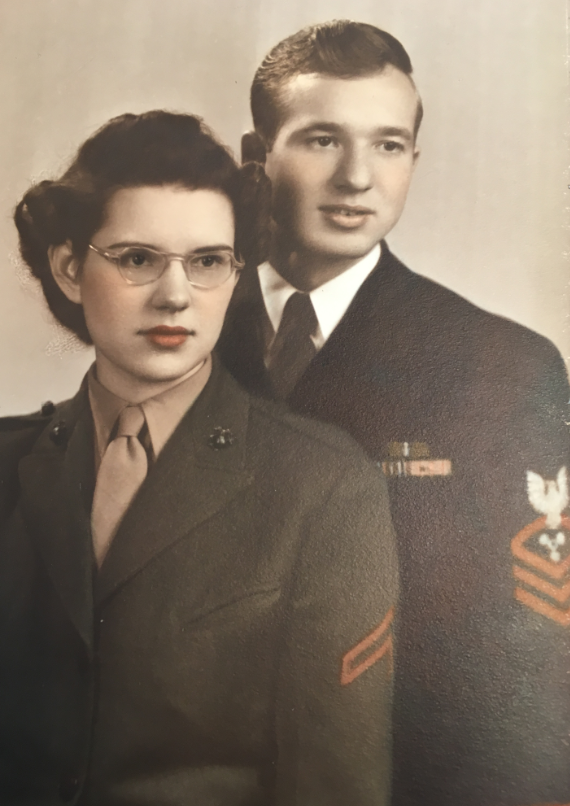 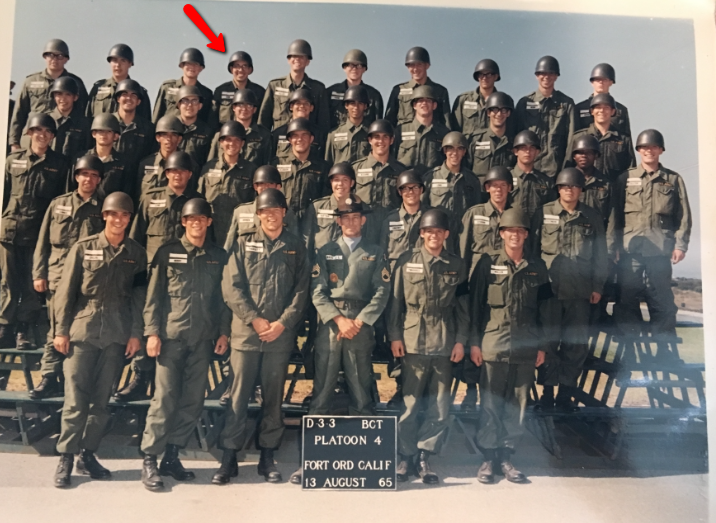 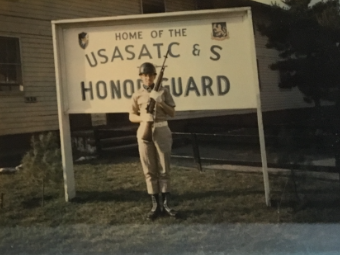 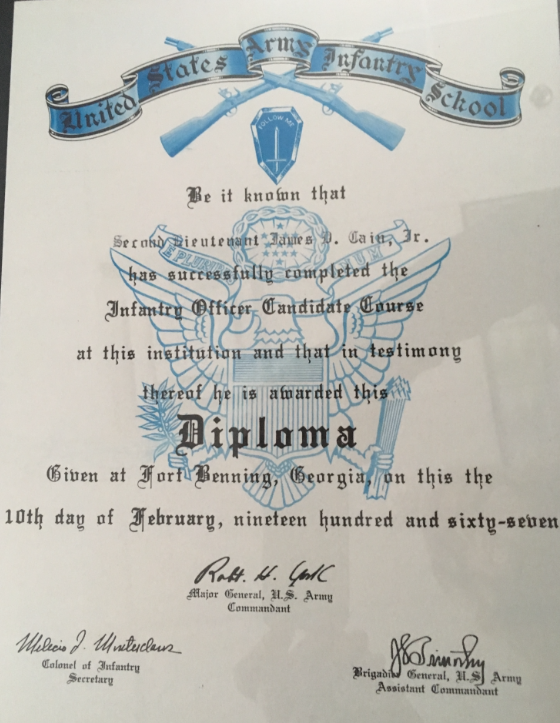 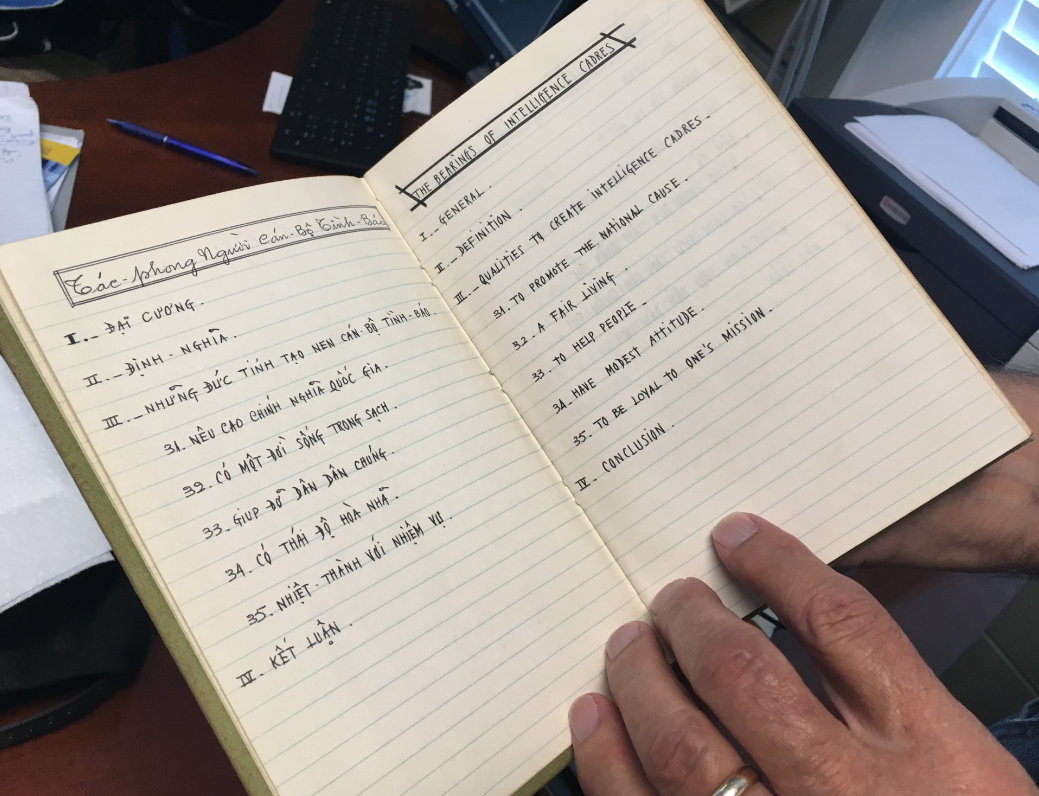 Pictured here are pages from the training program that Jim created along with their Vietnamese translations.  These were used during Jim's first tour of Vietnam, immediately after Tet 1968. 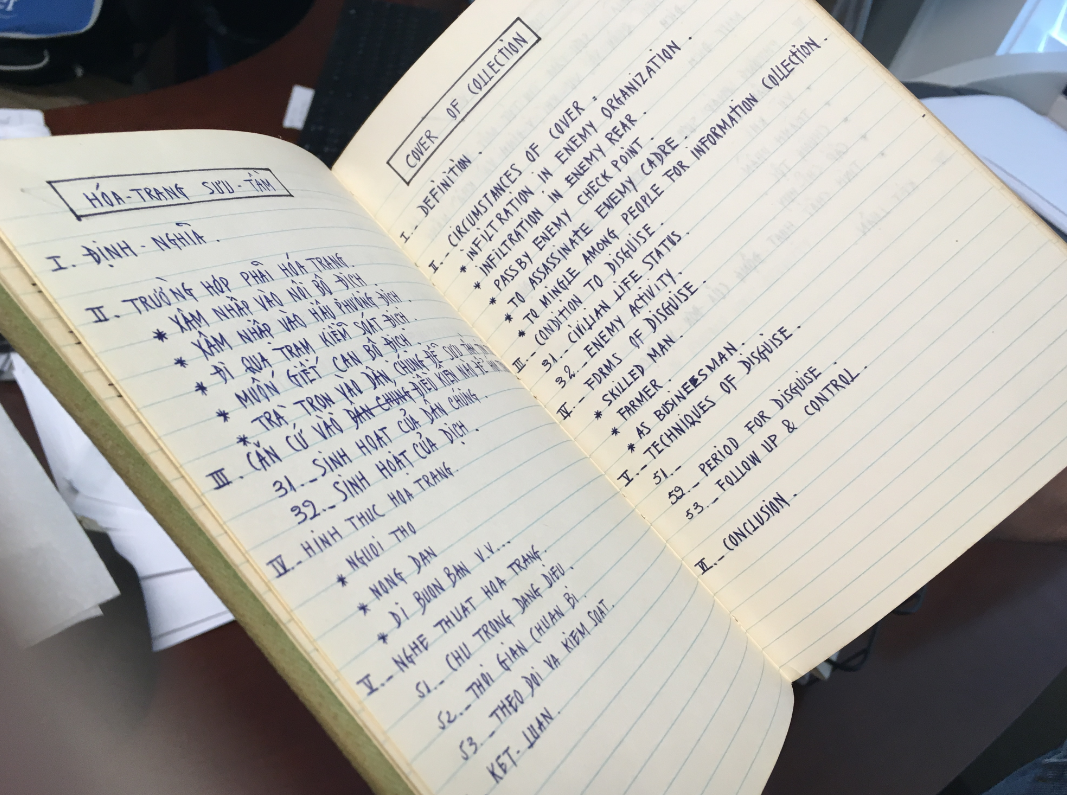 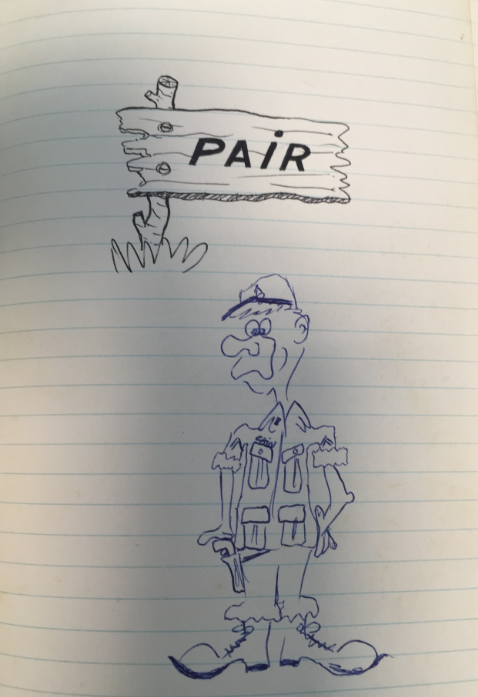 Jim's doodle of a Provincial Area Intelligence Representative, from one of the pages in his training manual. 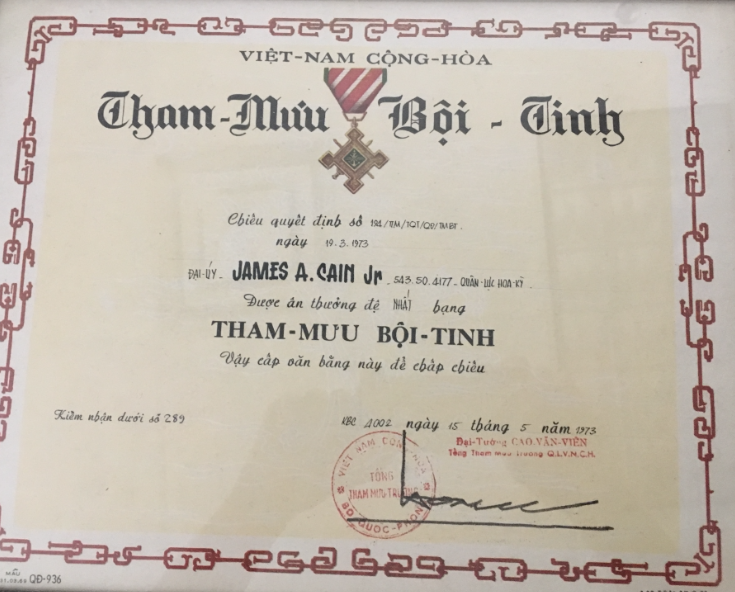 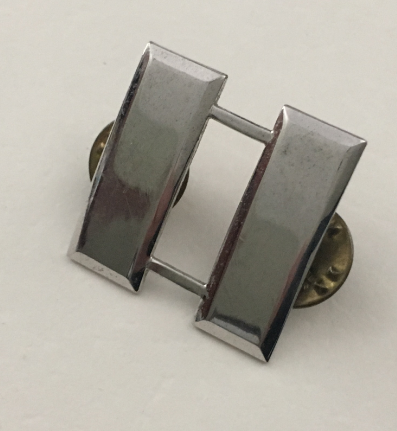 These are Jim's original Captain's Bars (for a Class A dress uniform).  He made Captain in early 1969 and never wore the Class A uniform again after 1972. 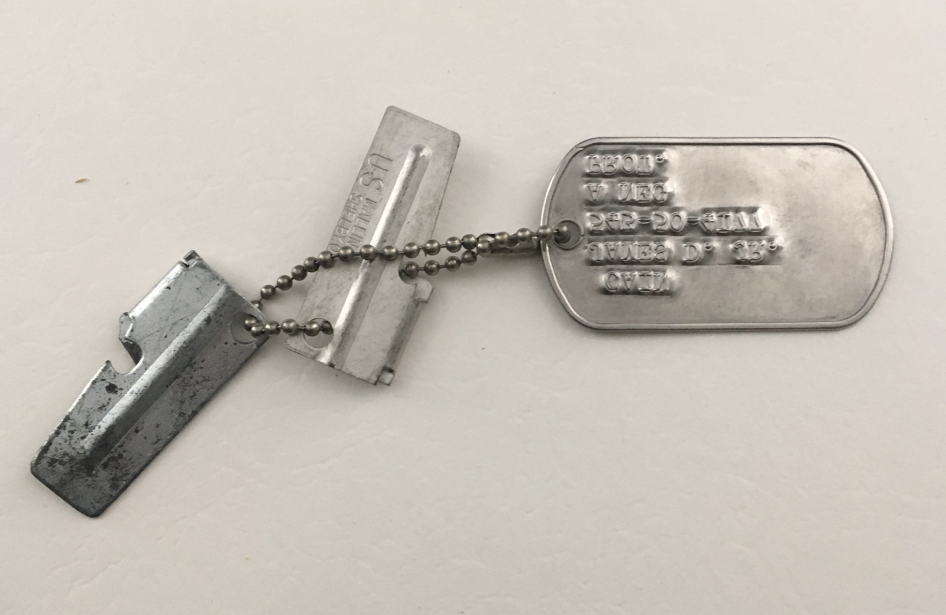 These are Jim's original dog tags from his first tour of Vietnam, along with a P38 can opener. 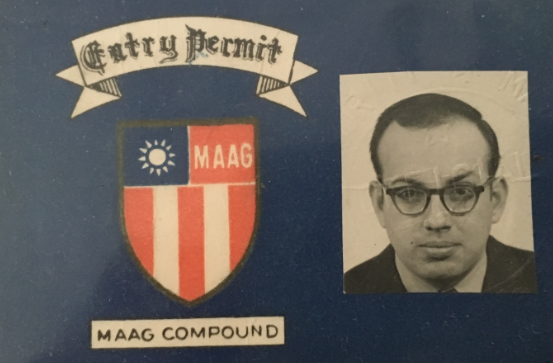 Jim's facility identification pass from his tour in MAAG, China. 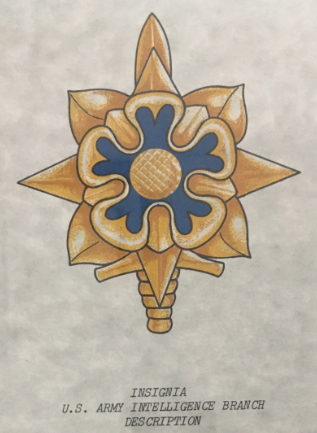 This insignia was commonly referred to as "the shafted sunflower" by Army personnel that wore it. 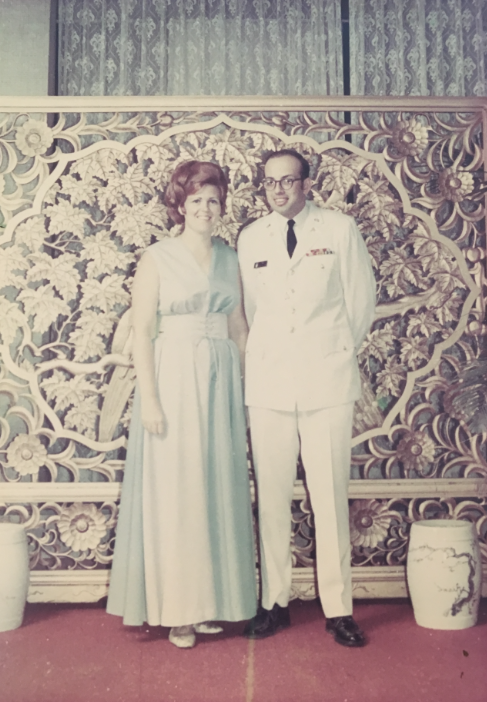 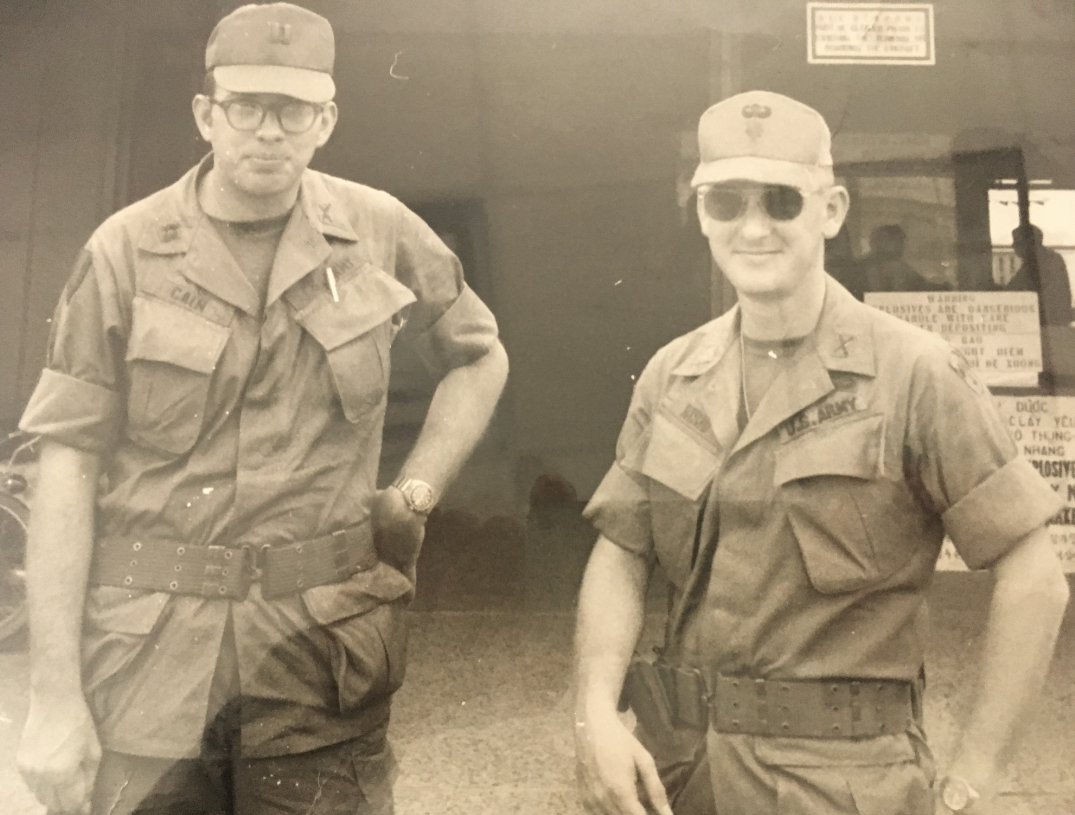 Jim is pictured here with his boss, Major Al Bissio during his second tour (1972-73).  They are waiting for transportation to An Kag, Vietnam. 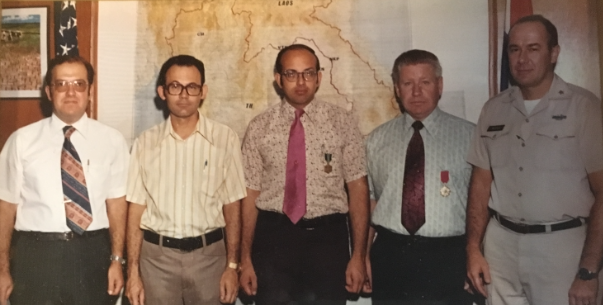 This picture was taken in Bangkok within days after the Vietnam cease fire.  Jim is in the center with colleagues from Detachment K of the 500th MI Group, wearing his Army Commendation Medal. 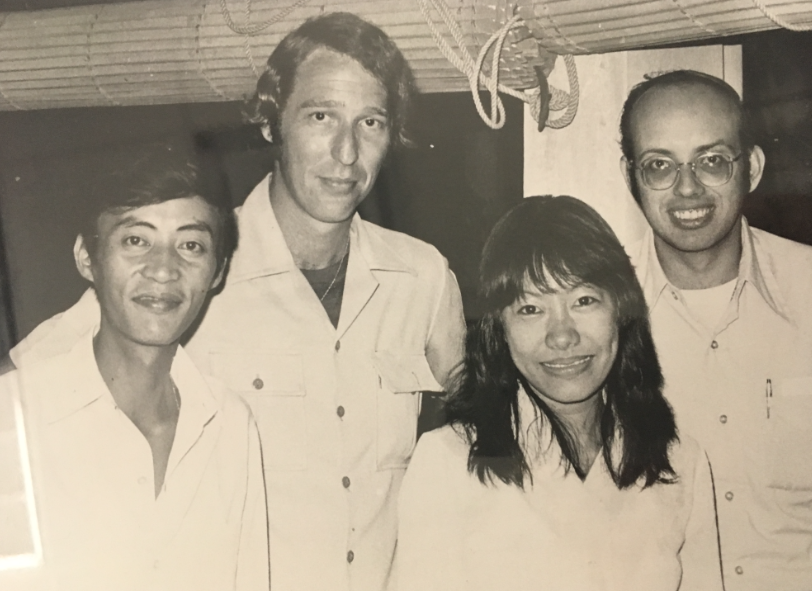 After the Vietnam cease fire, the State Department began managing the war effort.  Jim is pictured here, in Nha Trang Vietnam, with members of the Defense Liaison Office Team for II Corp. 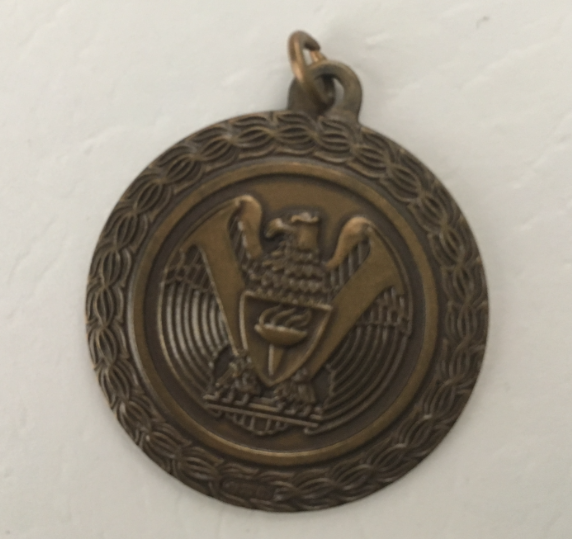 This little medal (equivalent of a challenge coin) was received after six months of excruciating training at the Camp Peary, VA, home of the FARM. 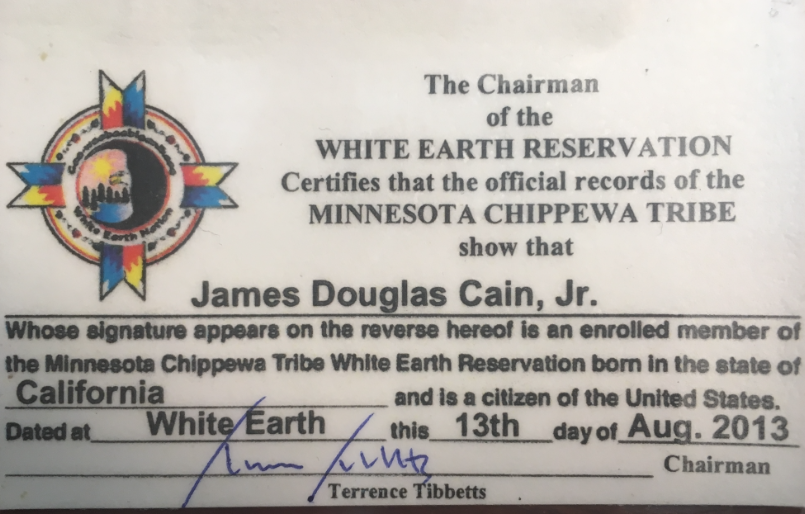 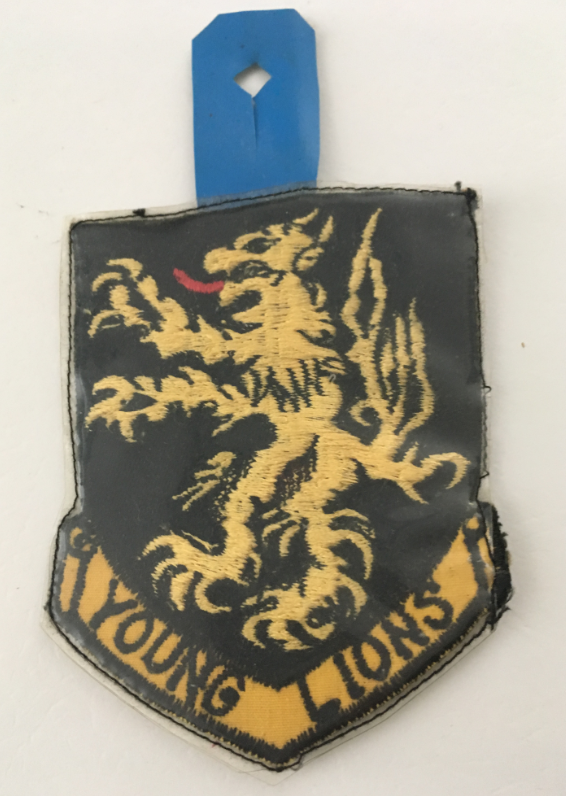 This is an unofficial patch worn on the duty uniforms of members belonging to the 525th MI Group in Saigon, Vietnam. 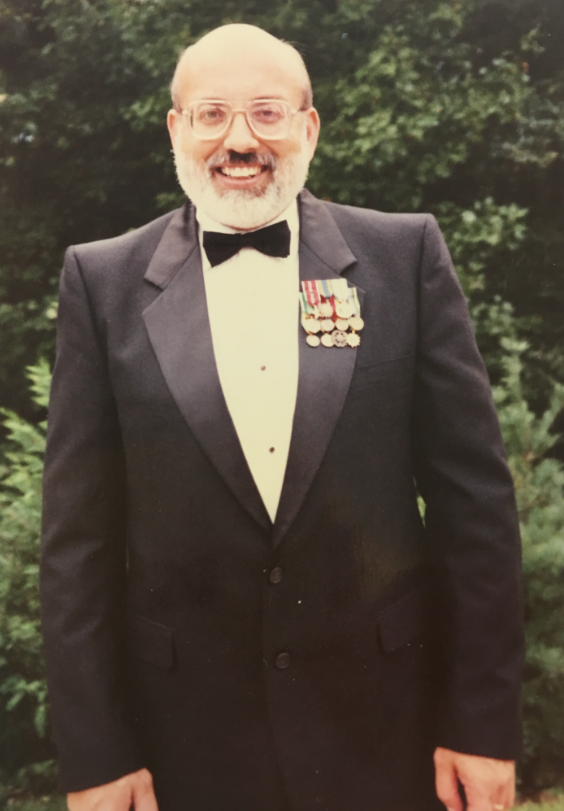 Pictured at the first Presidential Inauguration Ball for Bill Clinton.

Jim Cain served 26 total years with the Department of the Army and seven years with the Bureau of Indian Affairs.  He completed four tours of Vietnam and visited all but one providence of Vietnam (36 out of 37).  He retired as SES-4 (Senior Executive Service).  SES is a position classification in the civil service of the federal government, equivalent to general officer or flag officer ranks in the U.S. Armed Forces. Level 4 SES can be compared to between a two and three star general.

Jim graduated from high school in 1964 with two college credits and a scholarship for track and field. It was one year earlier, as the Vietnam War began to escalate, that Jim began thinking about serving his country.  He remembers seeing television footage of the Vietnamese Buddhist Monk, Thích Quảng Đức, whose self-immolation protest made headlines.  He wanted to enlist in the Navy, but he was too tall for submarines.  The Marines wouldn't accept him because of his poor vision.  So Jim took a battery of Army tests and he earned the highest scores ever!

Both of Jim's parents served in the military during WWII.  His father, James Cain, was a member of the Navy and worked as a Water Tender Chief in the boiler room of the USS Chester.  His mother, Daisy DeBerry Cain, worked as secretary of Marine Headquarters in Washington, D.C.

His parents always encouraged him and gave him advice saying, "If the opportunity presents itself, look at it, analyze it, and if it makes sense ... take it!"

Jim had to spend six months in the Honor Guard before going to Infantry Officer Candidate School. The Commander of the Training Brigade, Col. Millett – Medal of Honor winner from the Korean War – wanted to ensure that his men were fully qualified.  Jim was in the Army Security Agency and was commissioned after Infantry Officer's Candidate School as a Military Intelligence Officer.

Jim's wife Joyce offered her thoughts as a military wife:

"Our time with the Army and the government was very interesting in a variety of ways, starting when Jim and I were first married in 1967. Contrary to the officers’ wives’ norm at the time, which was hosting and attending Officer’s Wives' Club teas, meetings, and social events, I was a trained and experienced histologist.  I worked for the chief of ENT at John Hopkins hospital in Baltimore, specializing in laryngeal cancer as part of a grant from John Hopkins University.  During Jim’s career, I also worked in Taiwan as a bookkeeper and an out-of-country tour coordinator for the Officers’ Wives’ Club.

"After Jim completed advanced courses in Military Intelligence, he came back to the apartment one night and announced that we had orders for the Military Assistance Advisory Group in Tapei, Taiwan.  After being shown where Taiwan was on a map of the world, I asked Jim if he realized how far away from Baltimore it was!

"In Taiwan, Vietnam, and especially Thailand, I enjoyed the food and customs, the arts and crafts, and activities that allowed me to meet the citizens in their native environments.

"The Vietnamese were kind and friendly people and the food was wonderful.  It is a beautiful country with multitudes of bicycles and motor scooters.

"Thailand had outstanding food ... fried bananas, sticky rice, and mangoes.  There were flowers and monks everywhere and wild traffic … adjusting to driving on the right.

"The language in Hong Kong was a problem ... I didn’t have an ear for it."

During Jim's time in Germany, as a Human Intelligence Case Officer, Joyce was working again as a histologist at the Landstuhl Army Medical Center (1977-87).

Jim's great, great grandfather was killed in 1889 by a buffalo soldier, on horseback, during the last Indian uprising against white settlers in the state of Minnesota.  Jim's clan has always been in charge of providing security to the tribe.  This could explain Jim's choice of profession.  As a side note, his tribal identification card (even if expired) can be used in the state of NC as voter identification.  After all, Jim is an American Indian, born in California, on the fourth of July.  You can't get much more American than that!

Twelve Things the Army Taught Me

1. We are all family. We may bicker and argue among ourselves but in the end, we all work together doing our parts to accomplish the overall mission.

3. We don't discriminate against women as many general officers are women.

4. We work as a team.  All teams are only as strong as their weakest link.  Help those who need help and we all benefit.

5. Constantly strive to learn.   The world is changing don't be left behind.  Life is a constant learning experience.

6. Set the example.  Be a model for others to follow.  Lead, follow, or get out of the way.

7. Always be looking for better, smarter ways to do things.  No one has all the answers.

8. If an opportunity presents itself and it makes sense, take it or follow it and make it yours.

9. Learn from your mistakes.  None of us are perfect.

11. Work around your disabilities if possible.  Mine showed up with hip replacement and knee trouble. And like so many of us ... we left the war but it never left us.  PTSD comes in all different forms and is something many of us deal with.

12. Something that made a lot of sense to me came from Yoda of Star Wars: There is no excuse.  There is what you do and what you don't do.