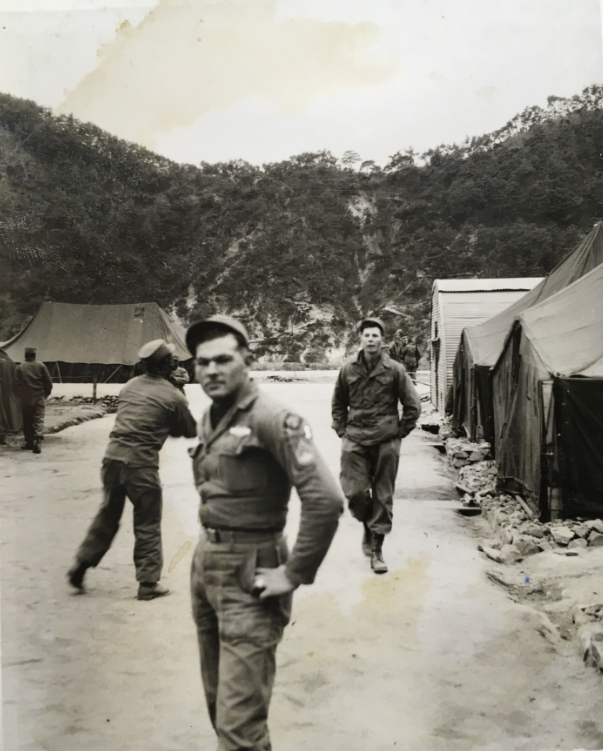 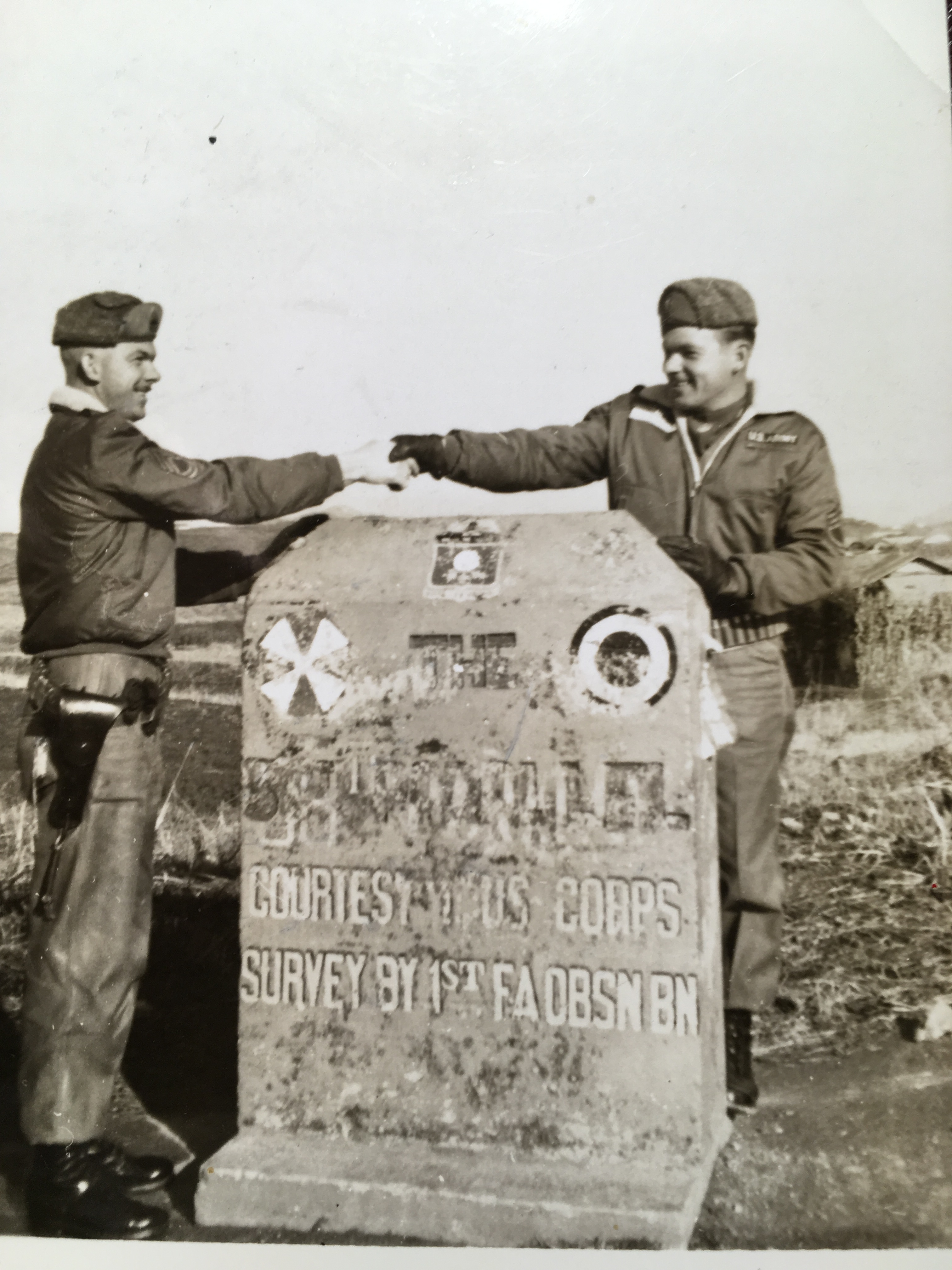 While in Korea, John posed with his brother, Tobe, at the borderline of North and South Korea. 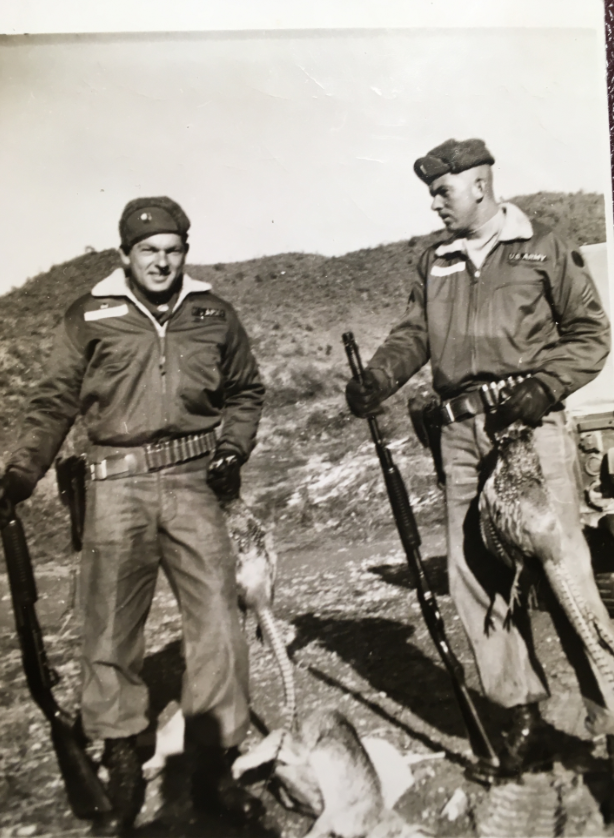 John and his brother, Tobe, hunting in Korea 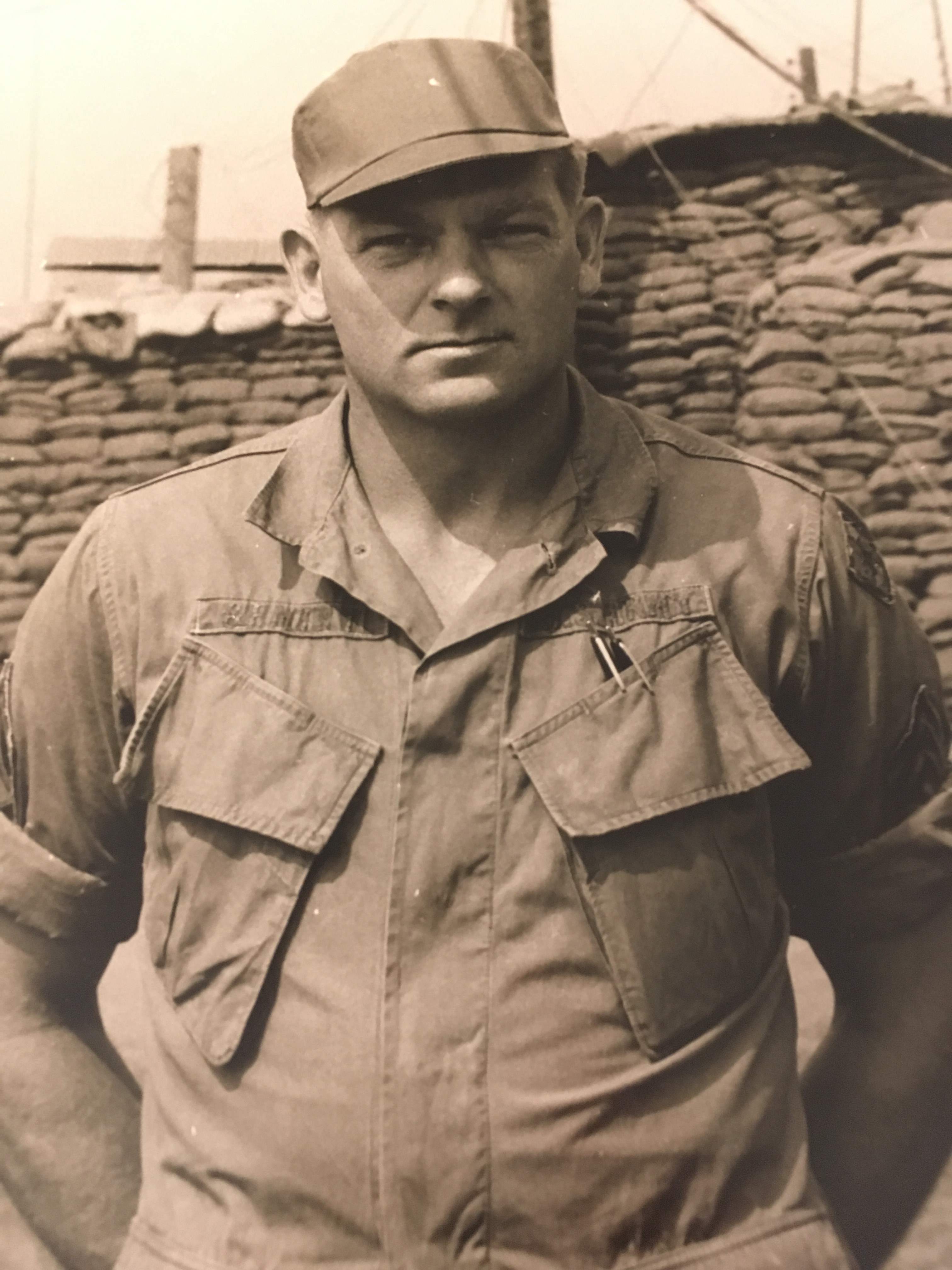 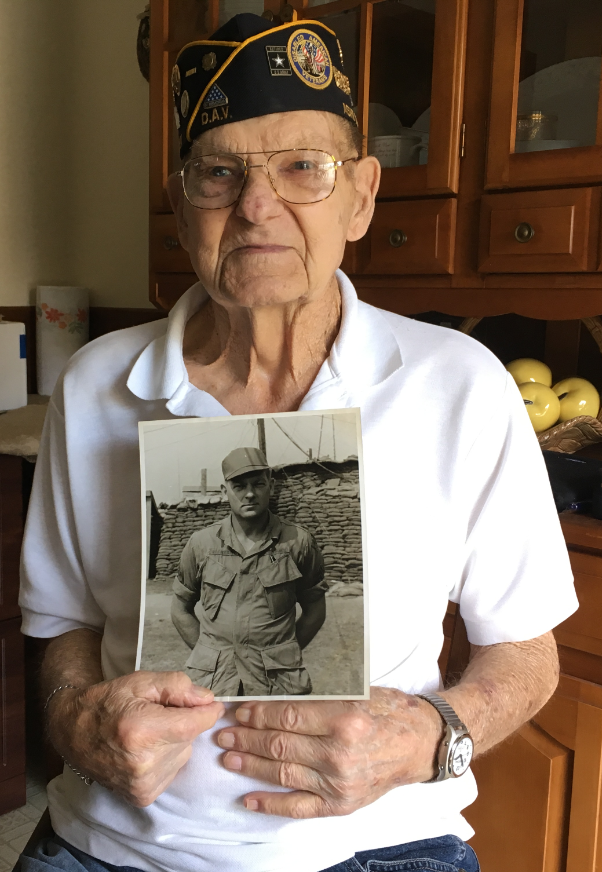 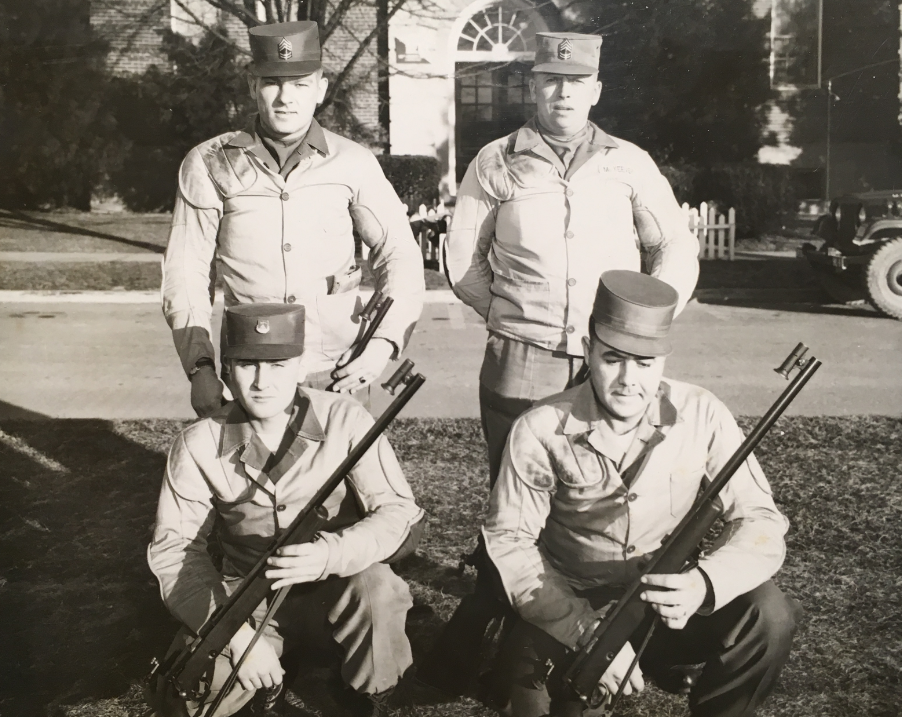 John (back row, left) was part of the 2nd Army Marksmanship Team and traveled to different Army posts for rifle matches.  They competed in all over ...  Quantico, Albany NY, and Ft Bening GA 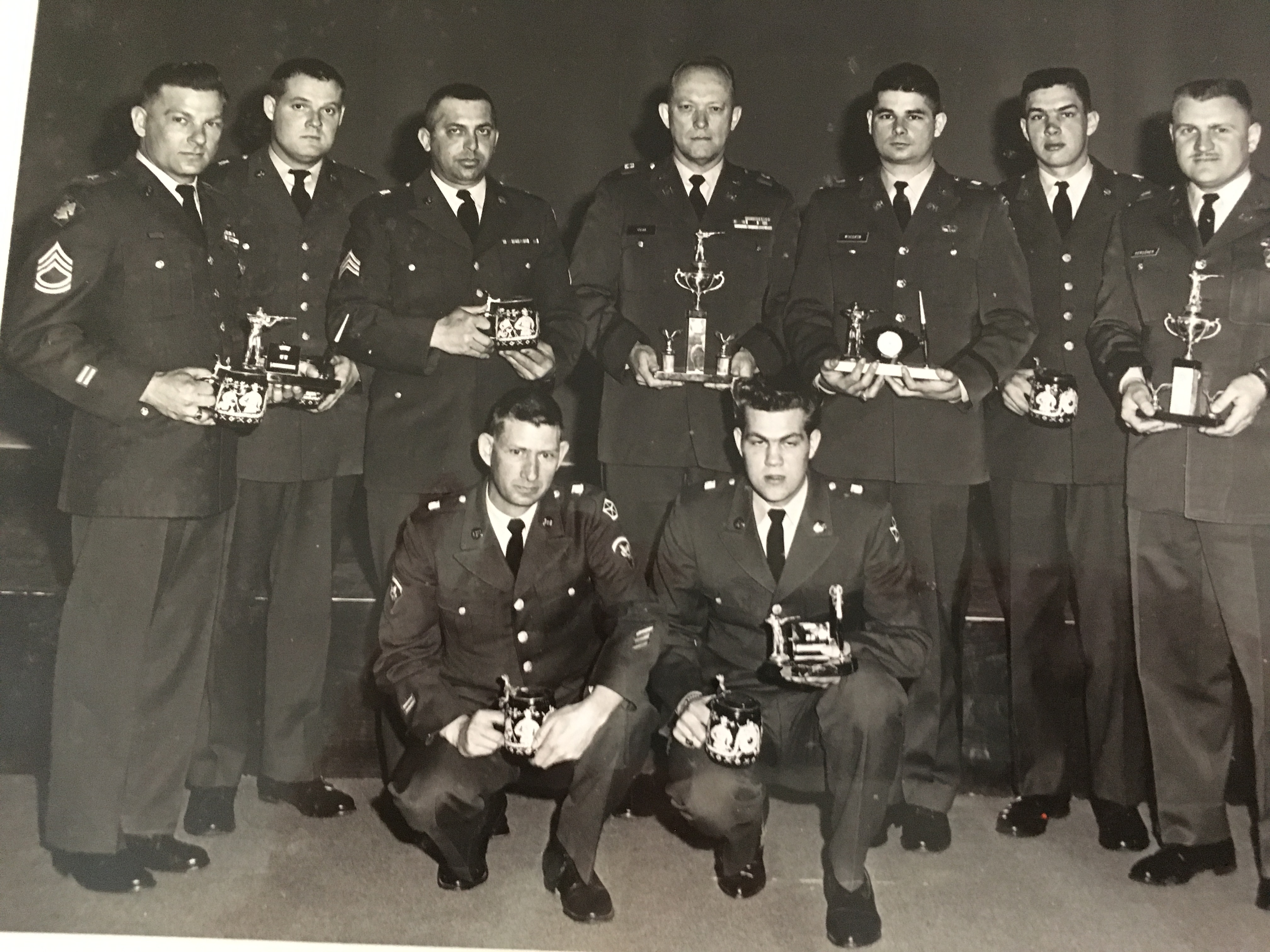 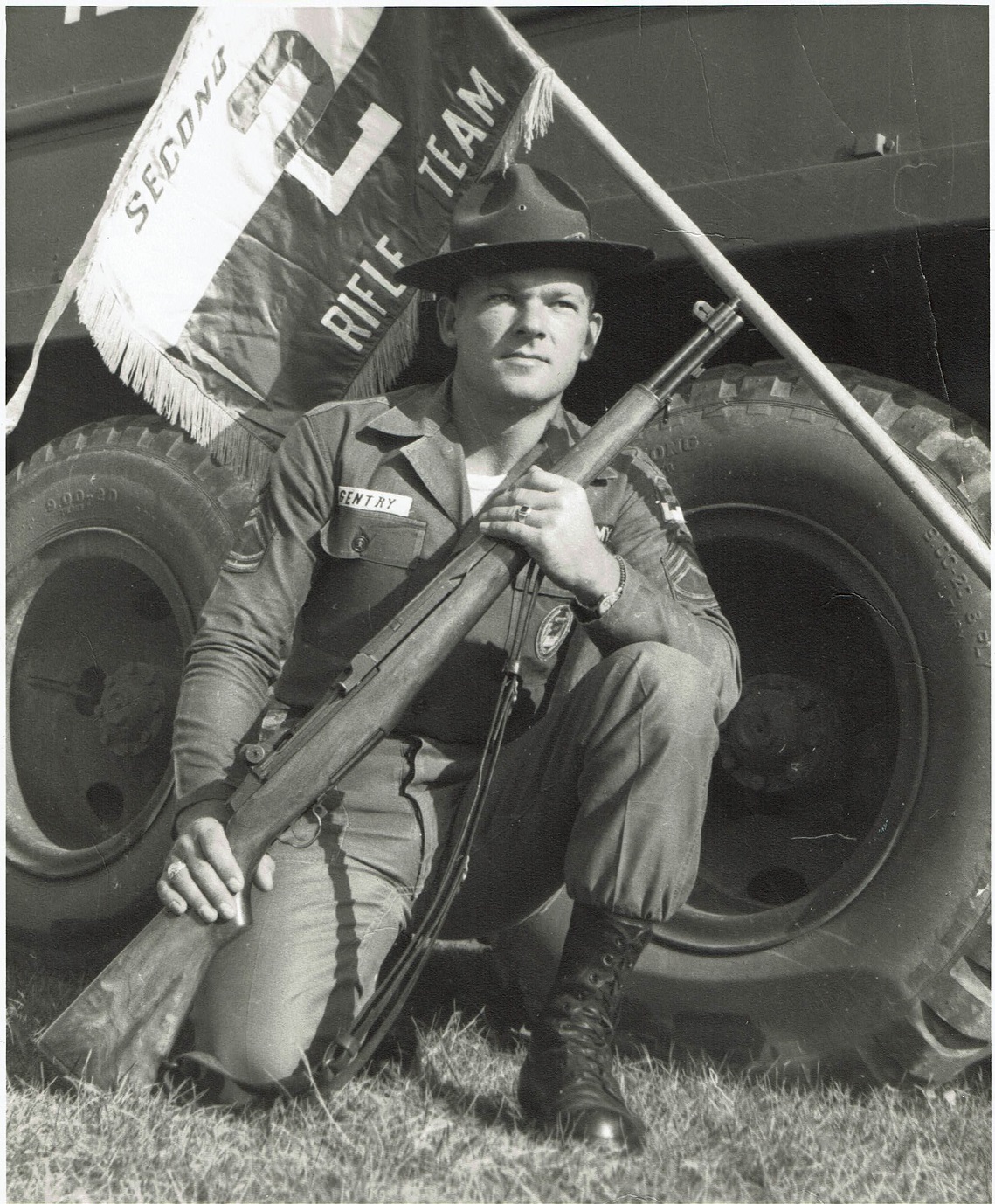 In Camp Perry, Ohio, John competed nationally and lacked 2 pts from being a distinguished marksman. 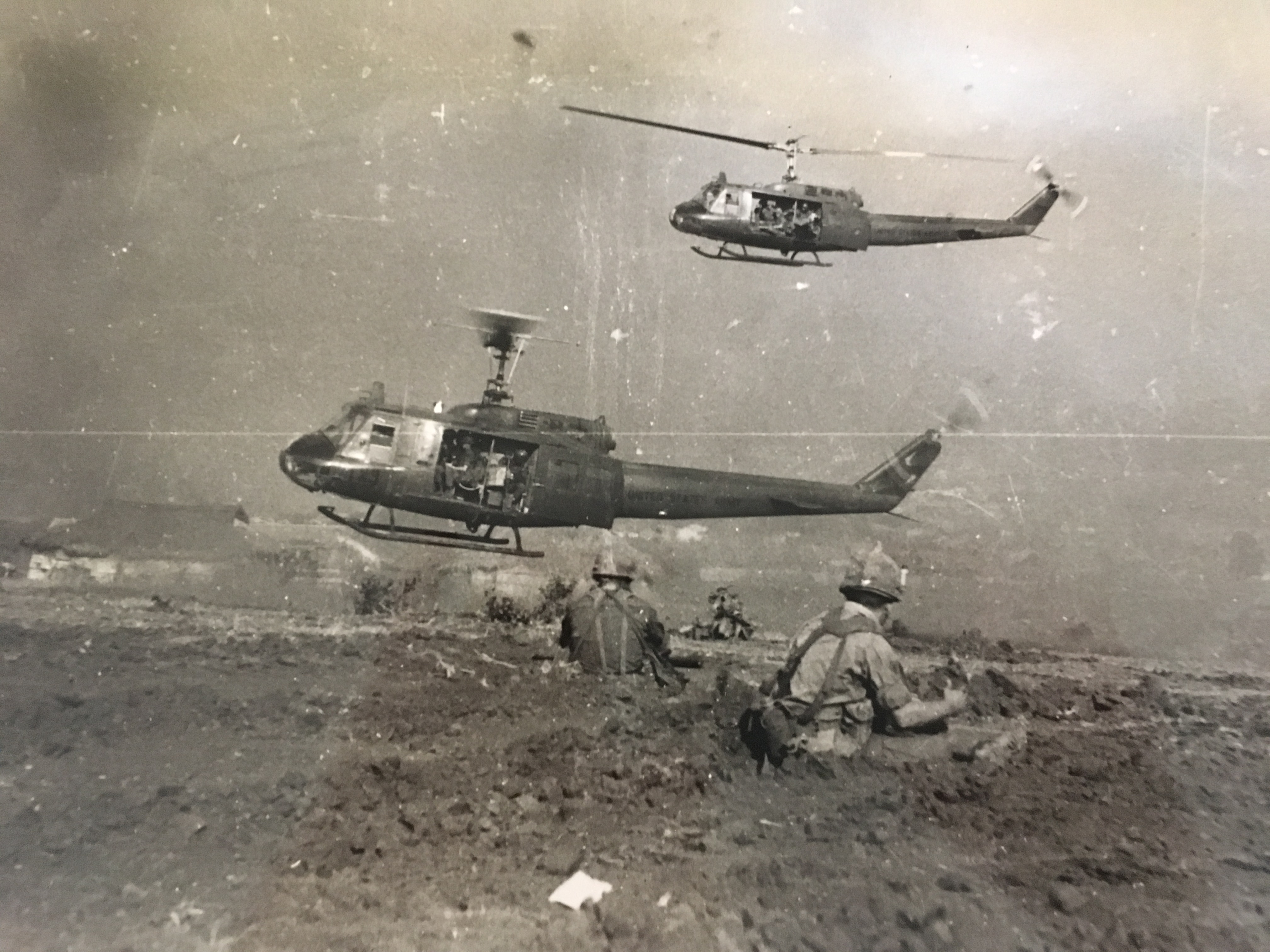 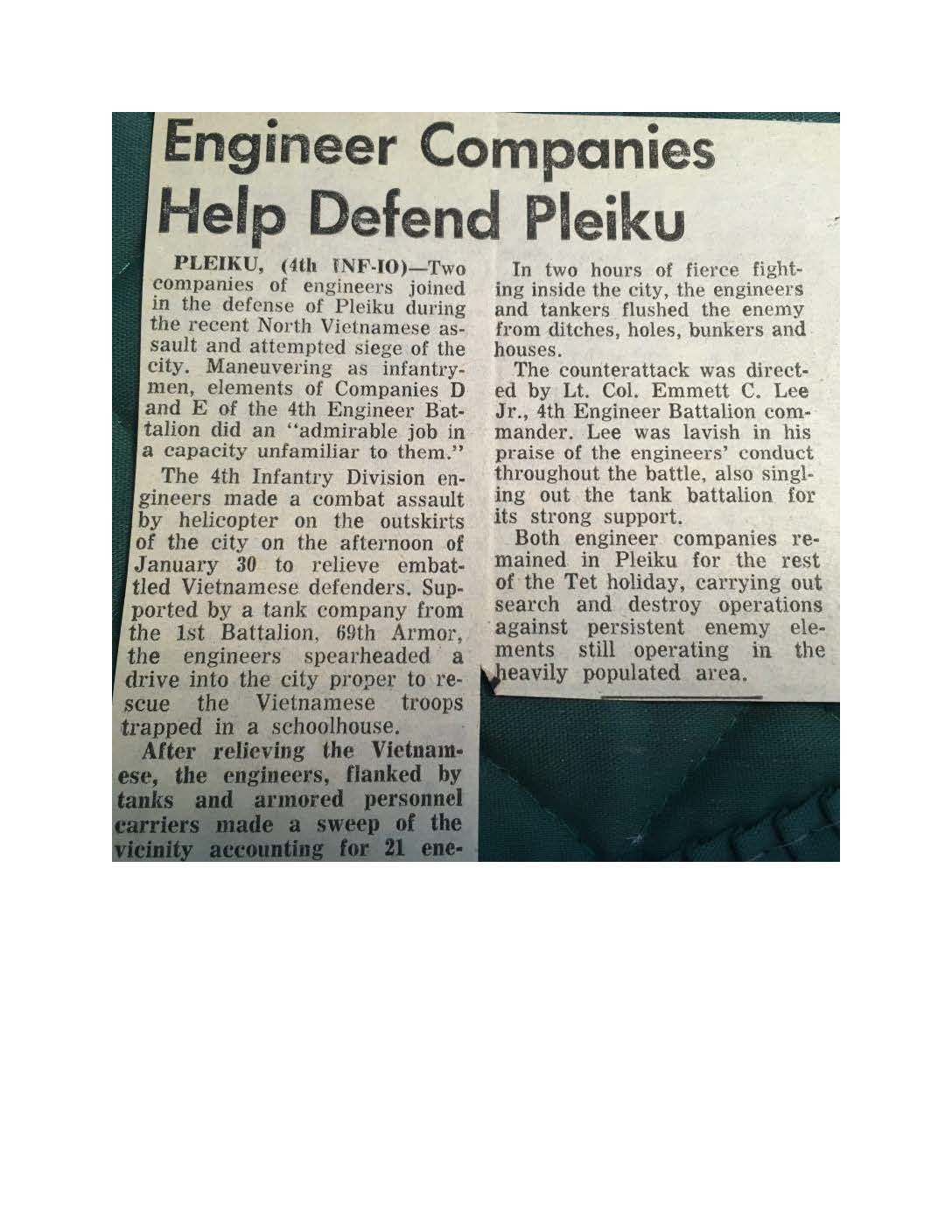 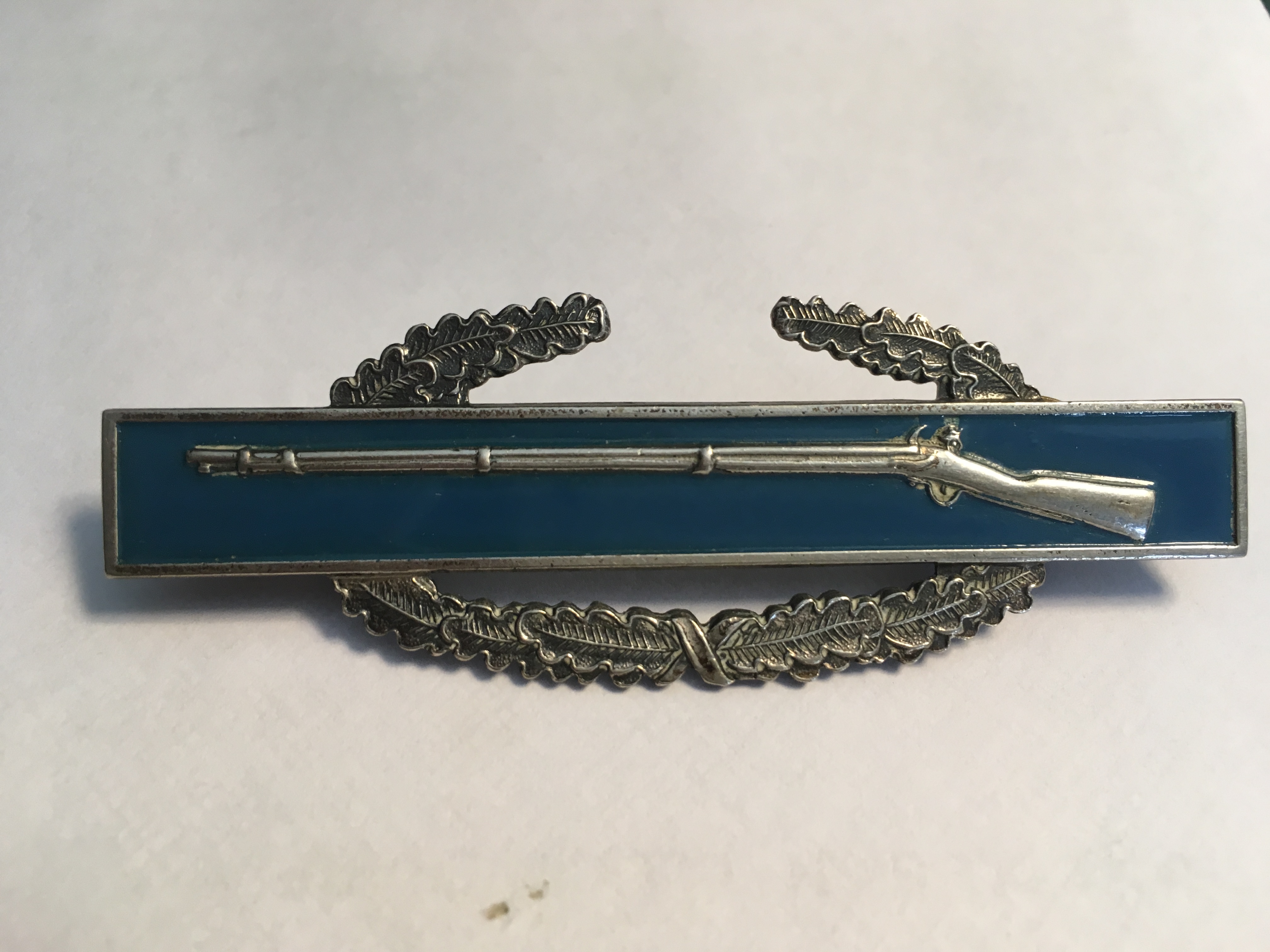 John Dallas Gentry was born on March 2, 1932.  He was drafted for the Korean War in November 1952 with about seventeen others from Ashe County, NC.  The group went to Fort Jackson, SC, for basic training and then off to war.

While in Korea, John was hit by shrapnel in his right leg when fighting on Heartbreak Ridge.  "We did no more than anyone else - we did our job and tried to keep our nose clean."

When John and his brother Tobe had free time on the weekends they liked to go hunting. After the war, they spent a year hunting together in the Korean DMZ.  John served in Korea through 1954 and became a member of the Korean Military Advisory Group.

John volunteered to go to Germany in late 1954-55 and then served with the 179th Infantry Regiment for the next two years in the 45th Division of Korea.  After the Korean War, John went into combat engineering. He was nominated by a battalion photographer when West Point sent out a request for recommendations to choose Department of Defense Engineer Instructors.

John earned recognition in service with a number of medals, but his Combat Infantryman Badge is his most prized.  Soldiers must meet three qualifications to be a recipient of this prestigious honor: