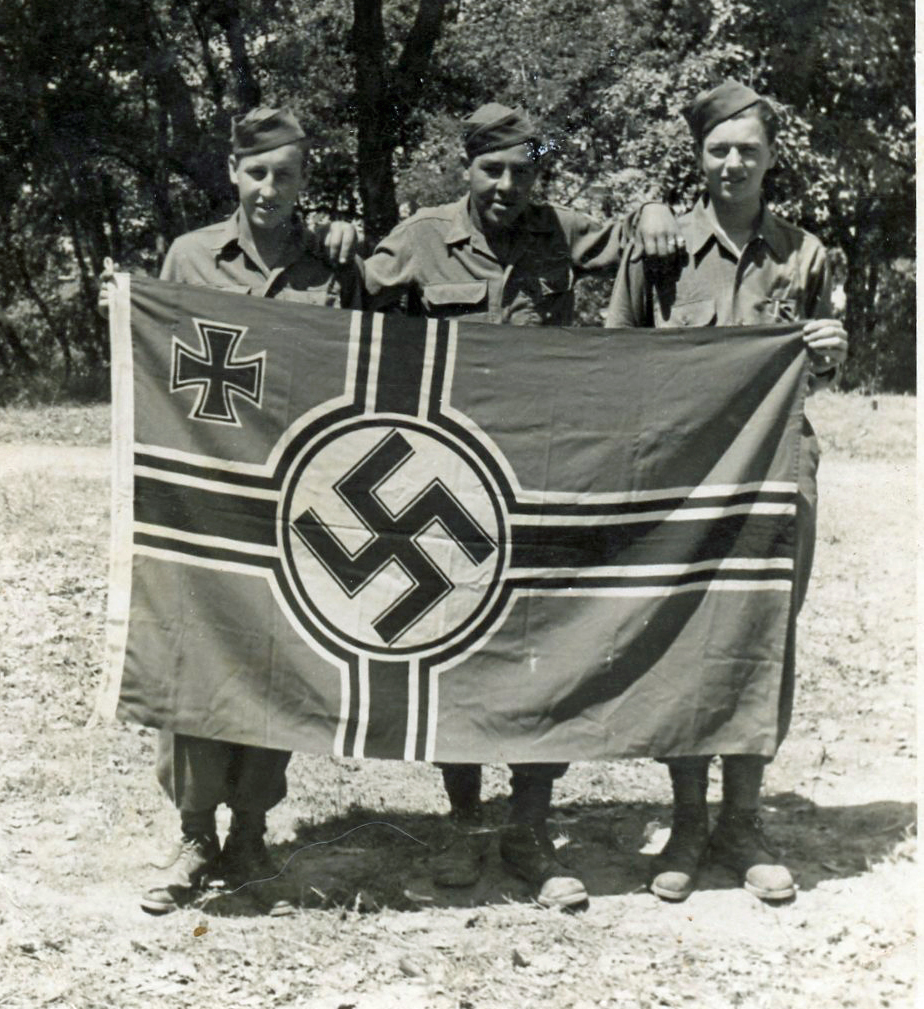 Ralph Pendry and friends hold up a Nazi flag

Pendry is the soldier on the far left. 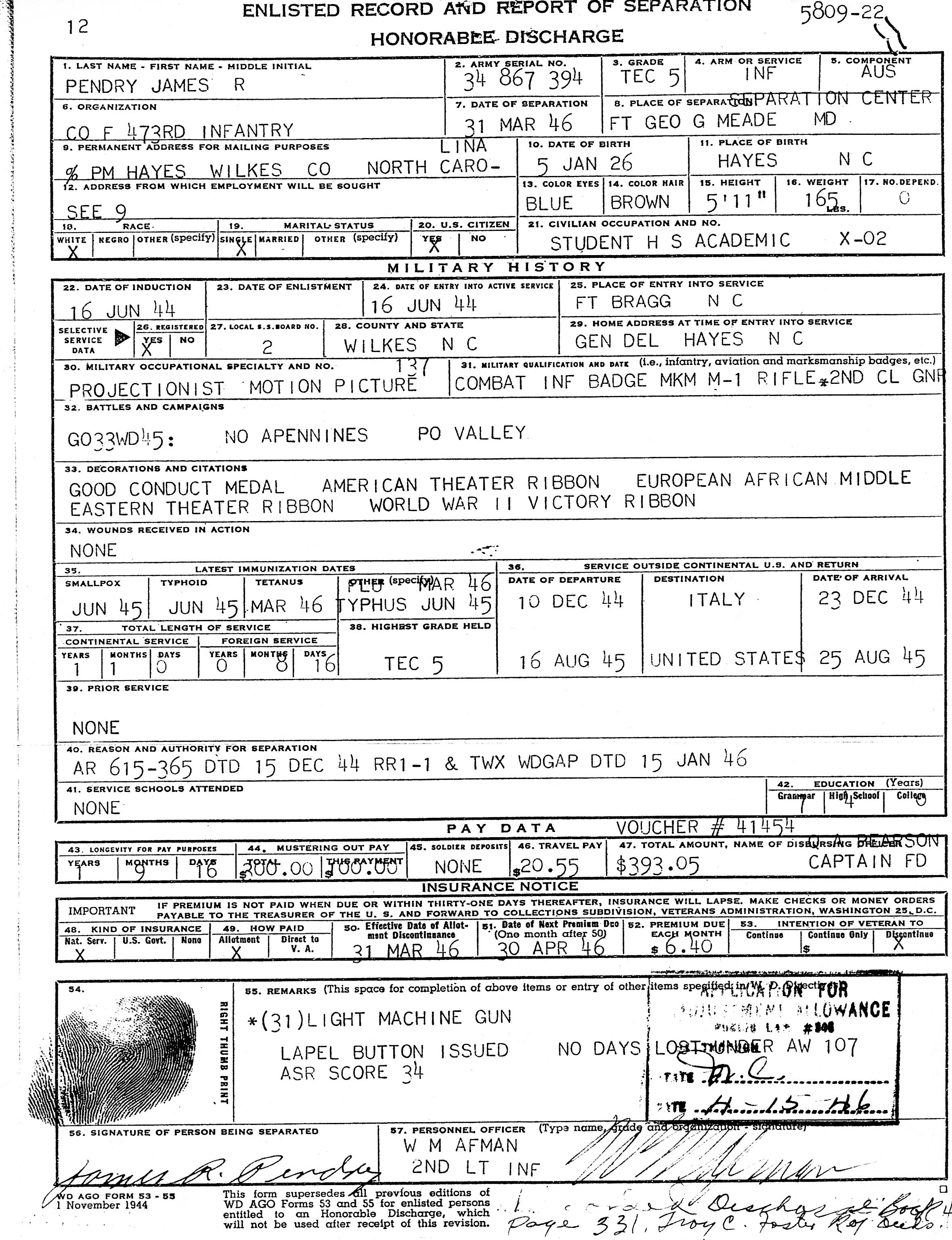 My father, James Ralph Pendry was drafted into the United States Army in 1944 upon graduation from Mountain View High School in Hays.  He was one of those veterans that did not want to talk about what happened during the war.

One story that he did tell was upon arriving in Italy by boat, he was met by his brother Fred Pendry.  Uncle Fred had been deployed at least a year earlier as a member of the North Wilkesboro National Guard unit that was mobilized for federal service in September of 1940.  Dad said it was so cold on the night they landed that he and his brother Fred slept in the same sleeping bag in a pup tent to keep from freezing to death.

I believe that most of his duty was as an Infantryman primarily in Italy.  He had a Combat Infantry Badge and was awarded a Bronze Star along with other medals associated with World War II.

I wish I had been more questioning of his experiences in Italy but sometimes he seemed anxious and nervous.  I do not know if this was because of memories he held inside, but I do know that he was the very best father to me and my sister.  When I married Barbara Harrison in 1982 dad was my best man.  My mom took his keys away from him prior to the ceremony because he always had a bad habit of jingling the keys in his pocket and she did not want to hear that during the wedding.

I am very proud of his service in the US Army defending Democracy and our Republic.  Dad died on July 5th 2013 and had the honor of being the 1000th veteran to be provided a military funeral by the North Wilkesboro Post 1142 Honor Guard.