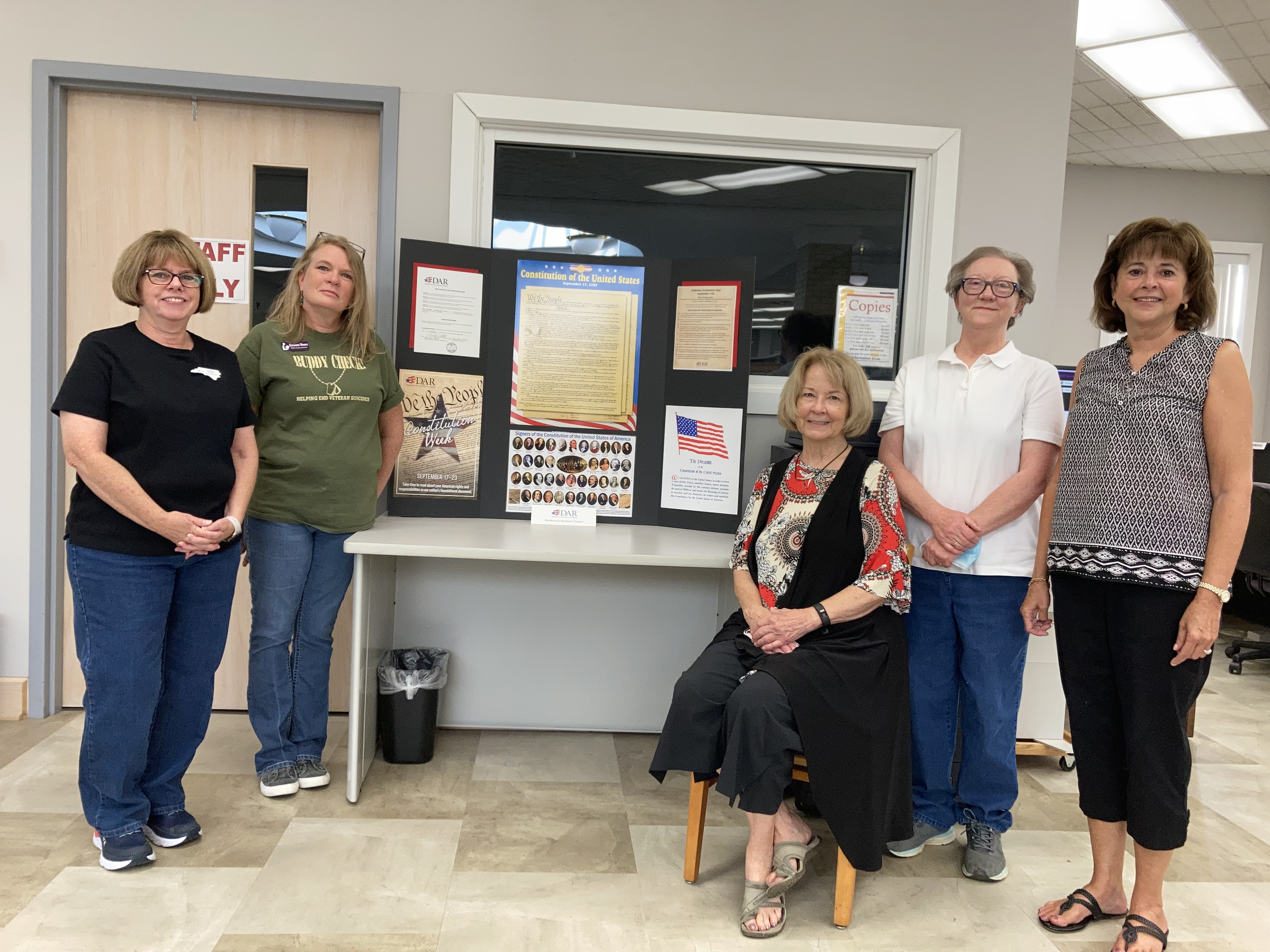 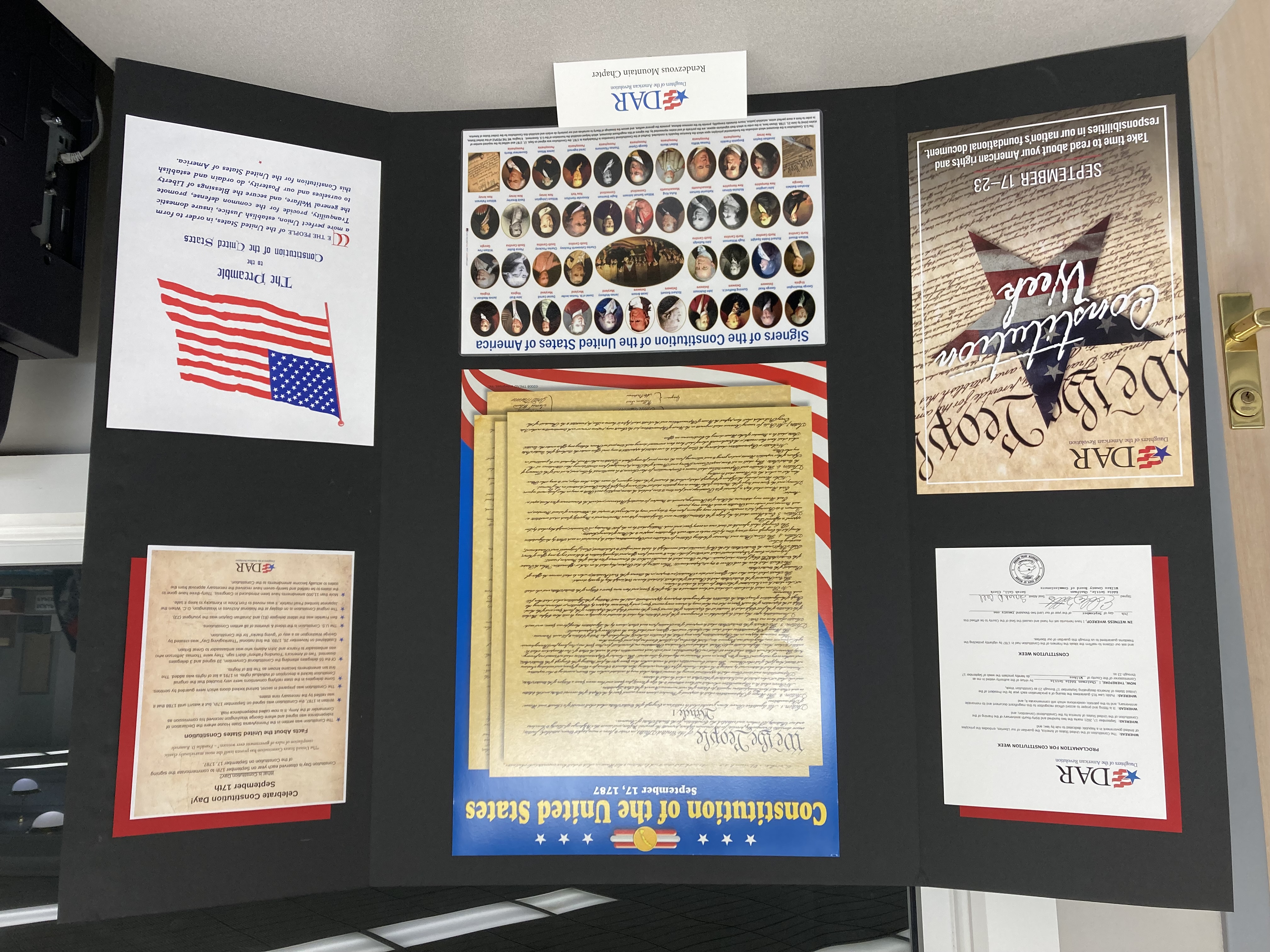 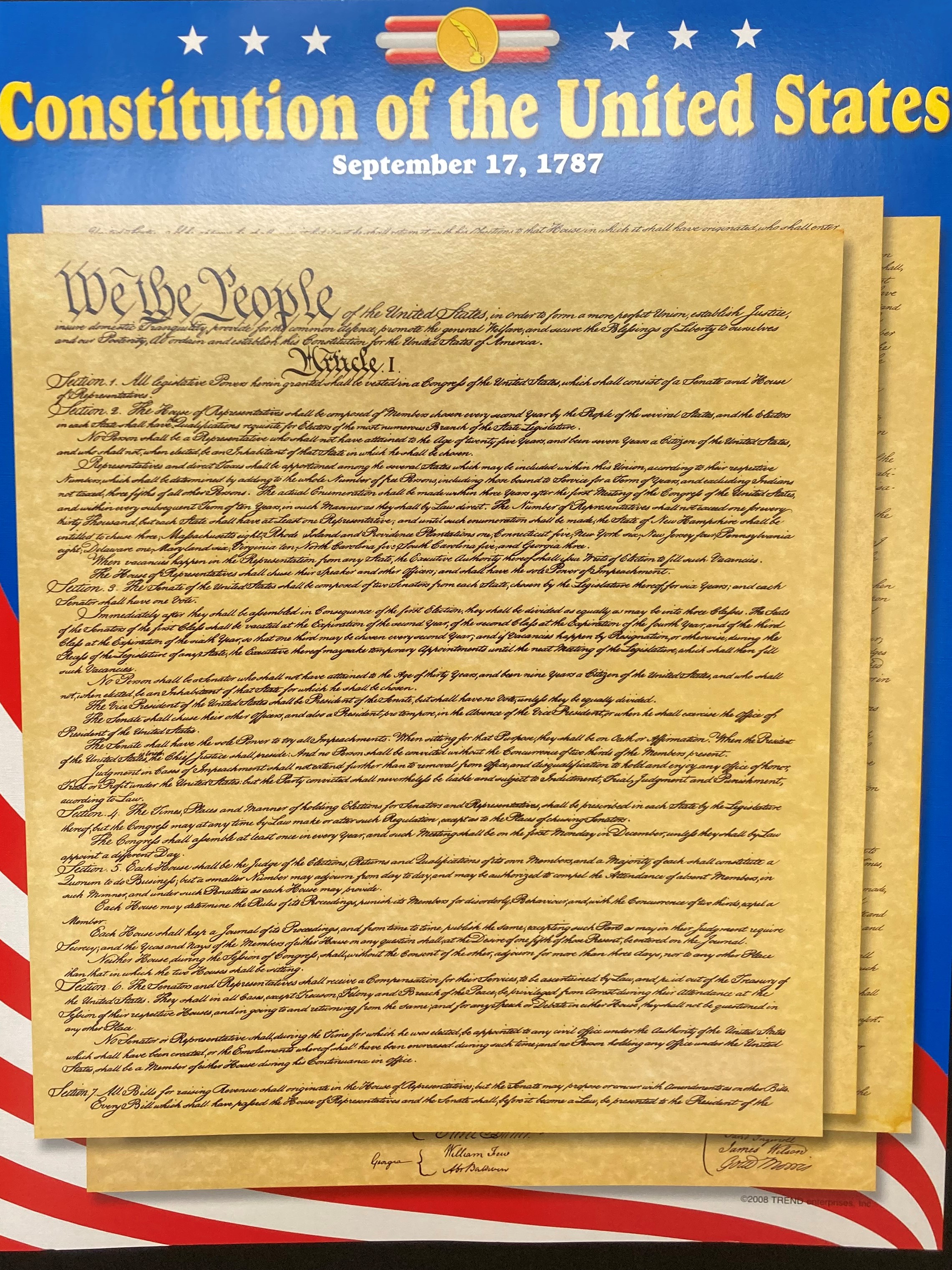 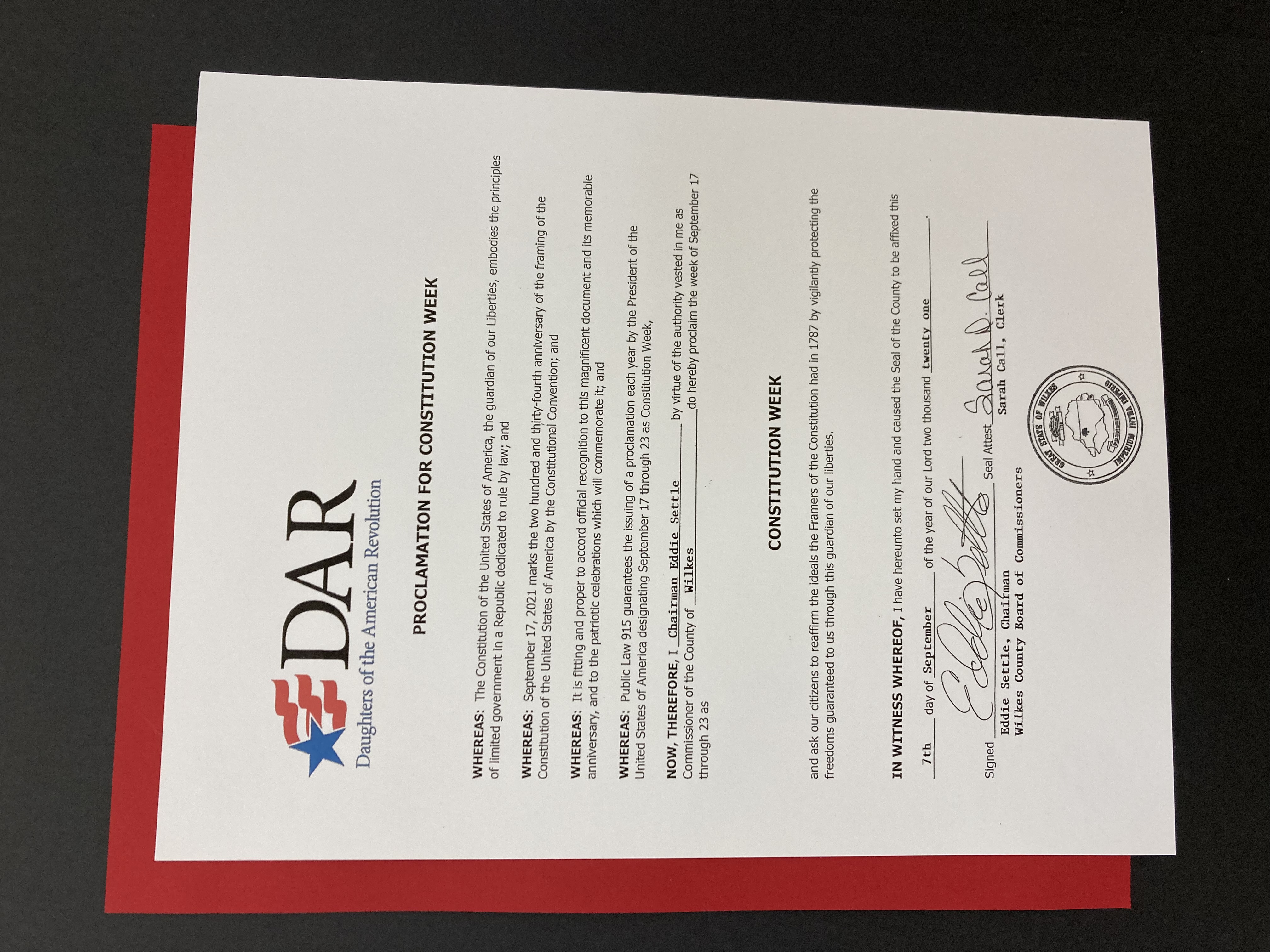 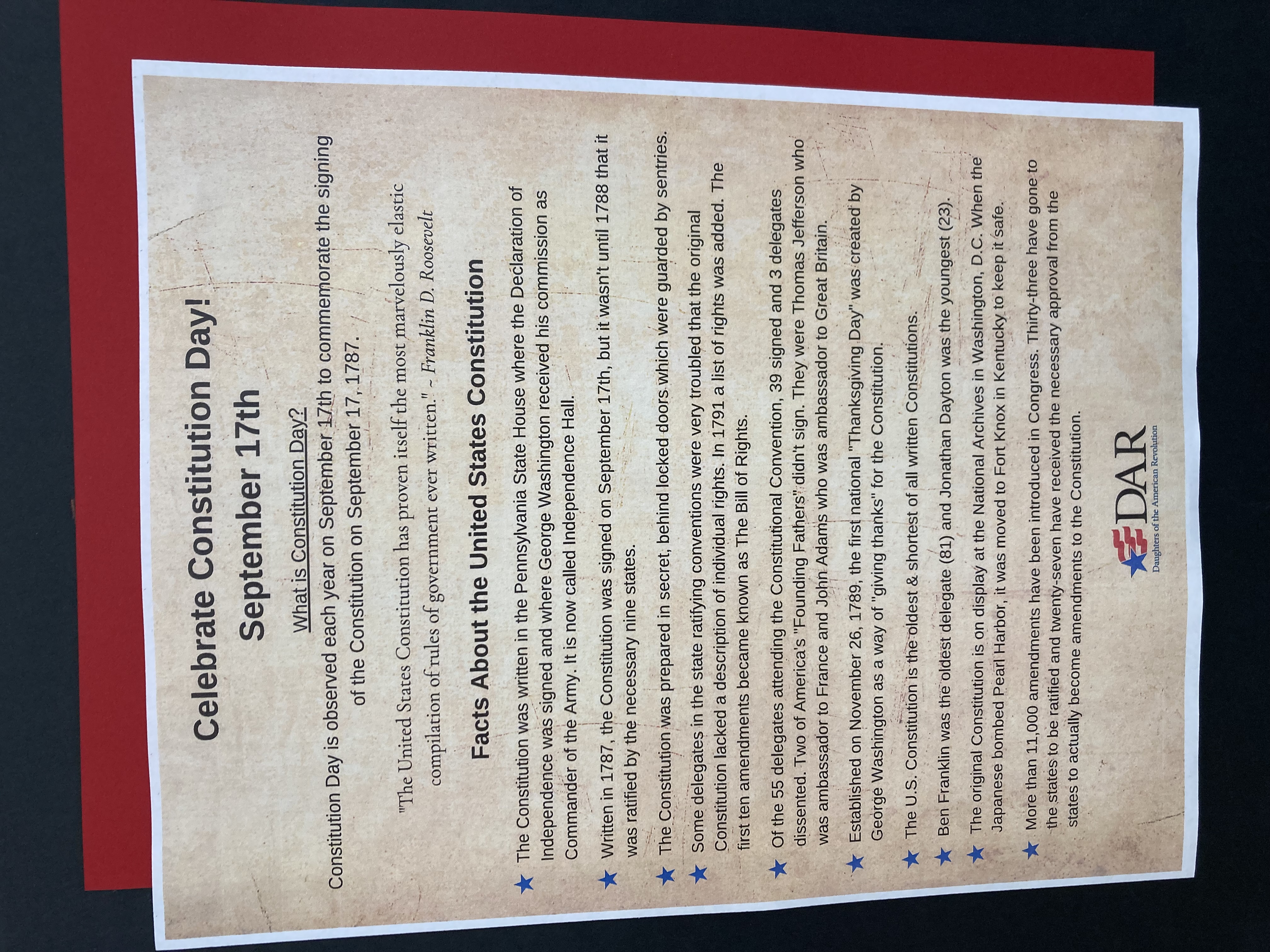 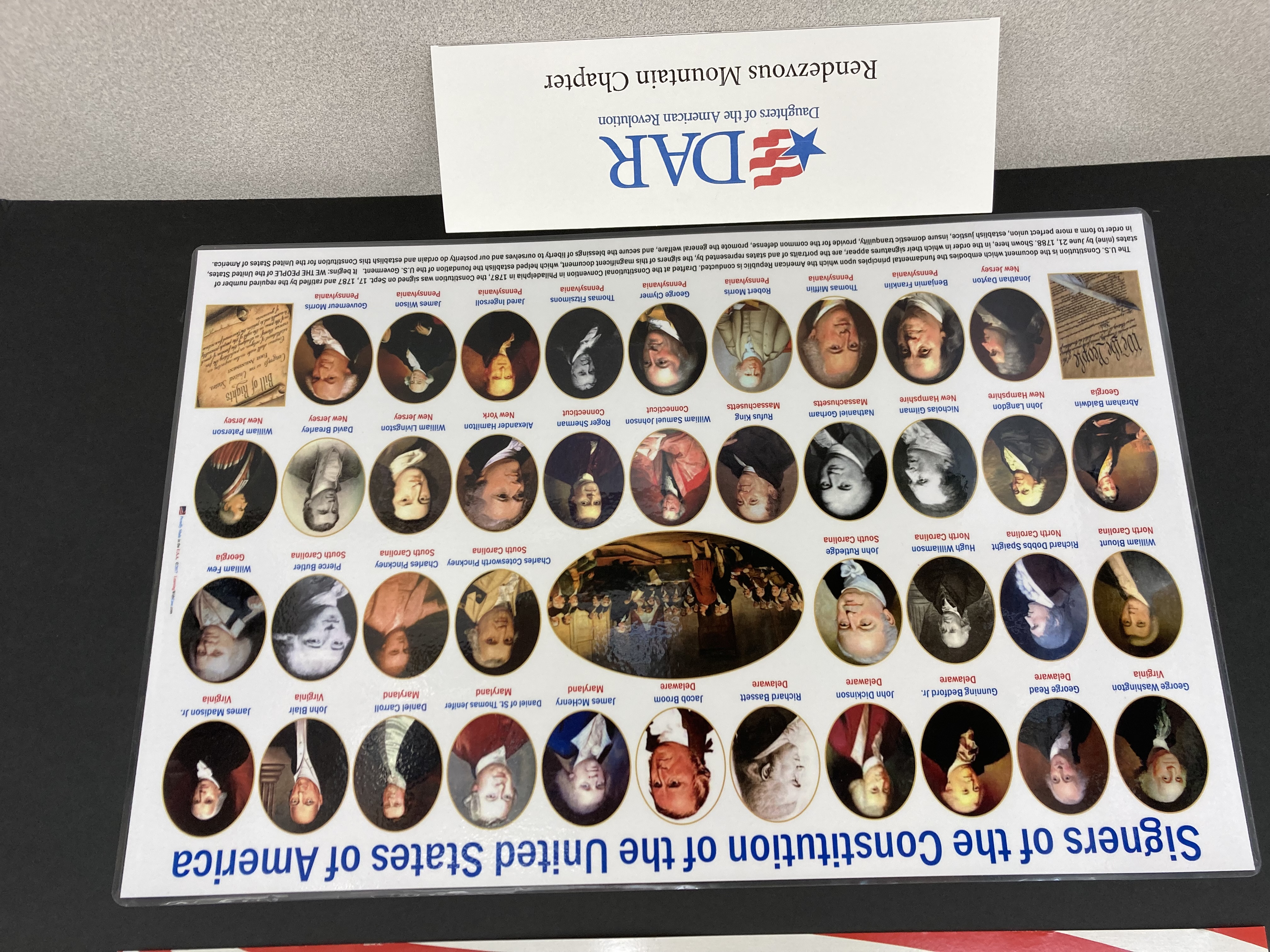 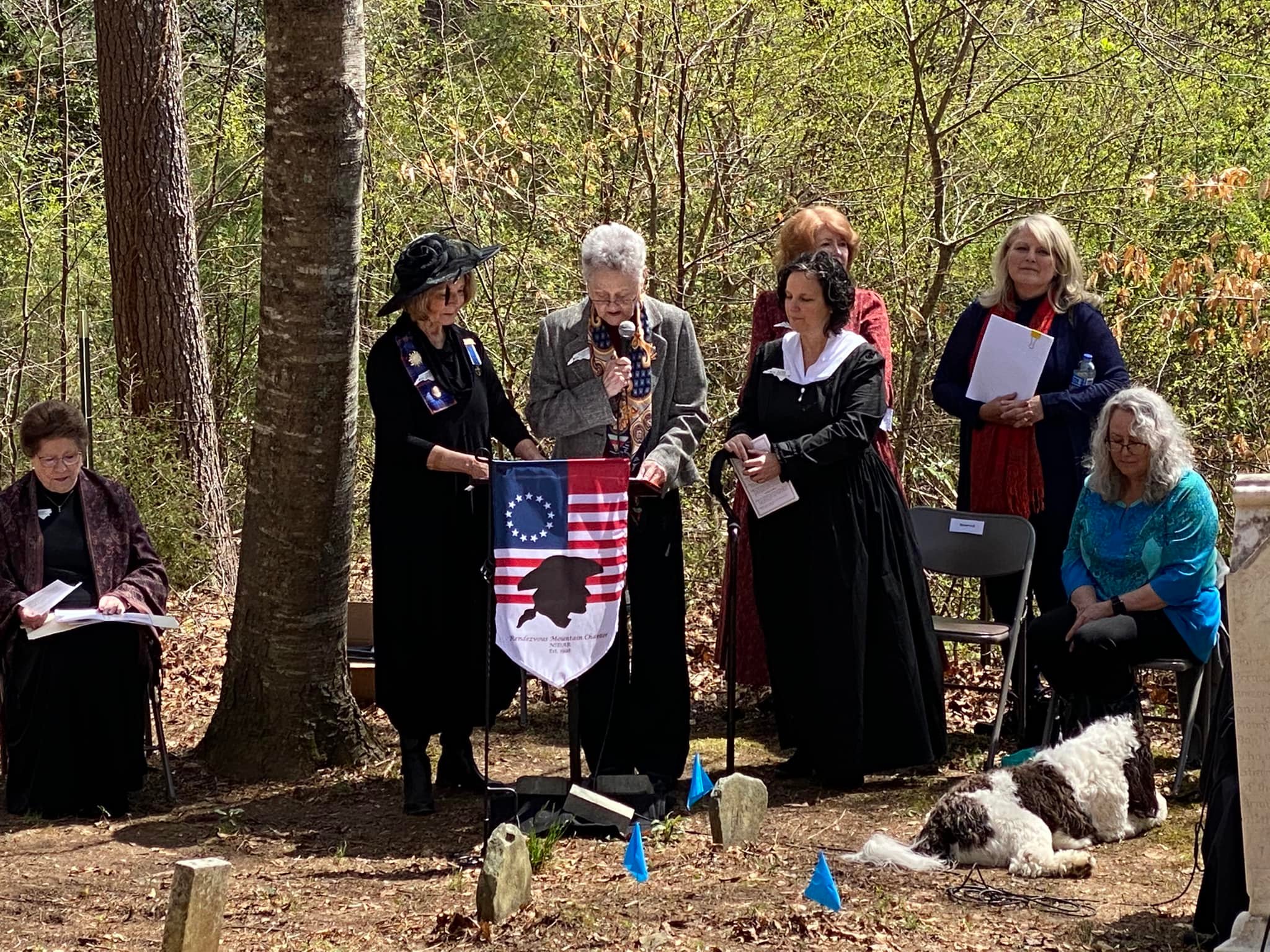 A bronze plaque was placed at the gravesite of Revolutionary War Patriot George McNeil (1720-1805) in Parsonsville, NC 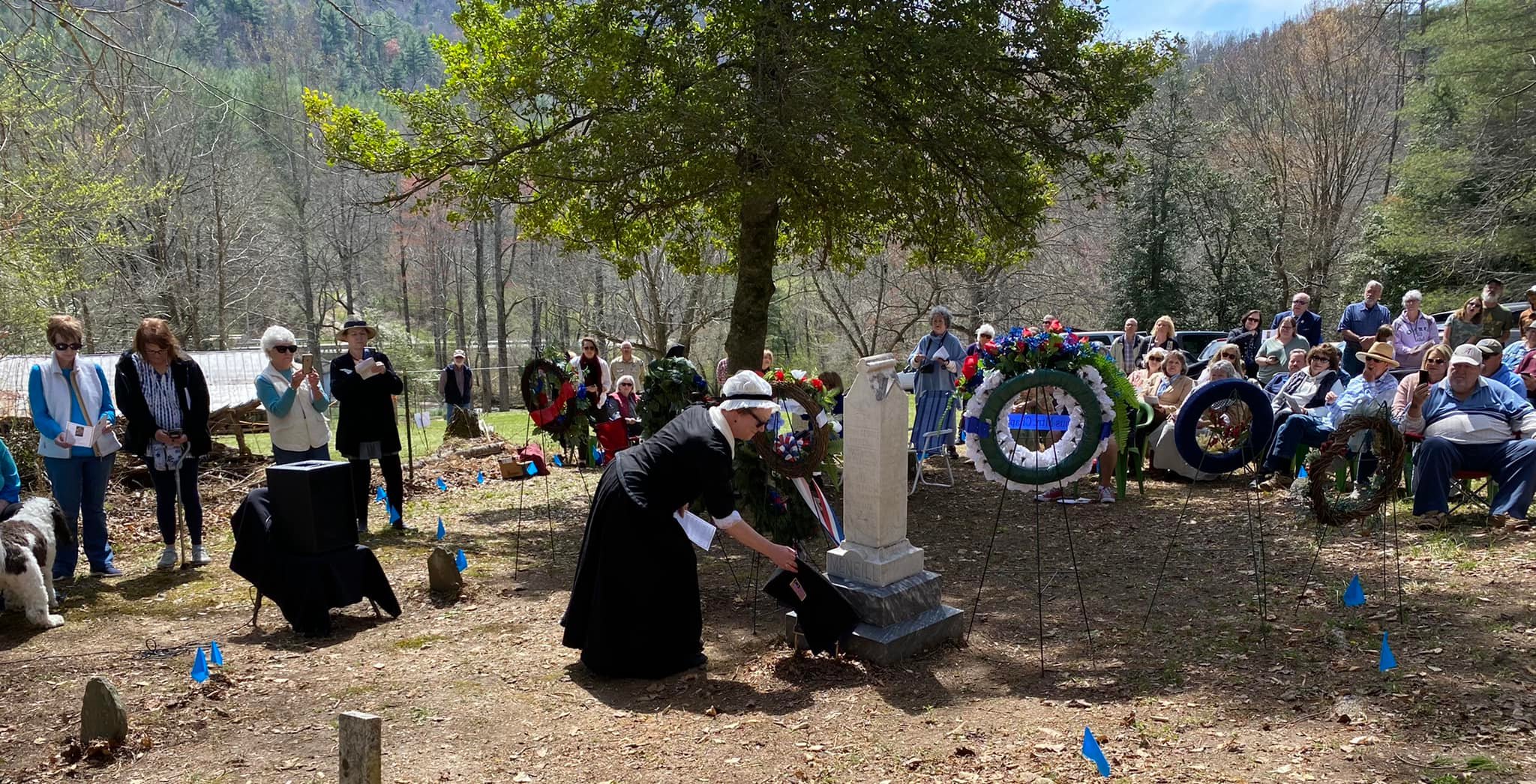 Barbara's parents both served in World War II and are included in this Wilkes County Veterans History Project. 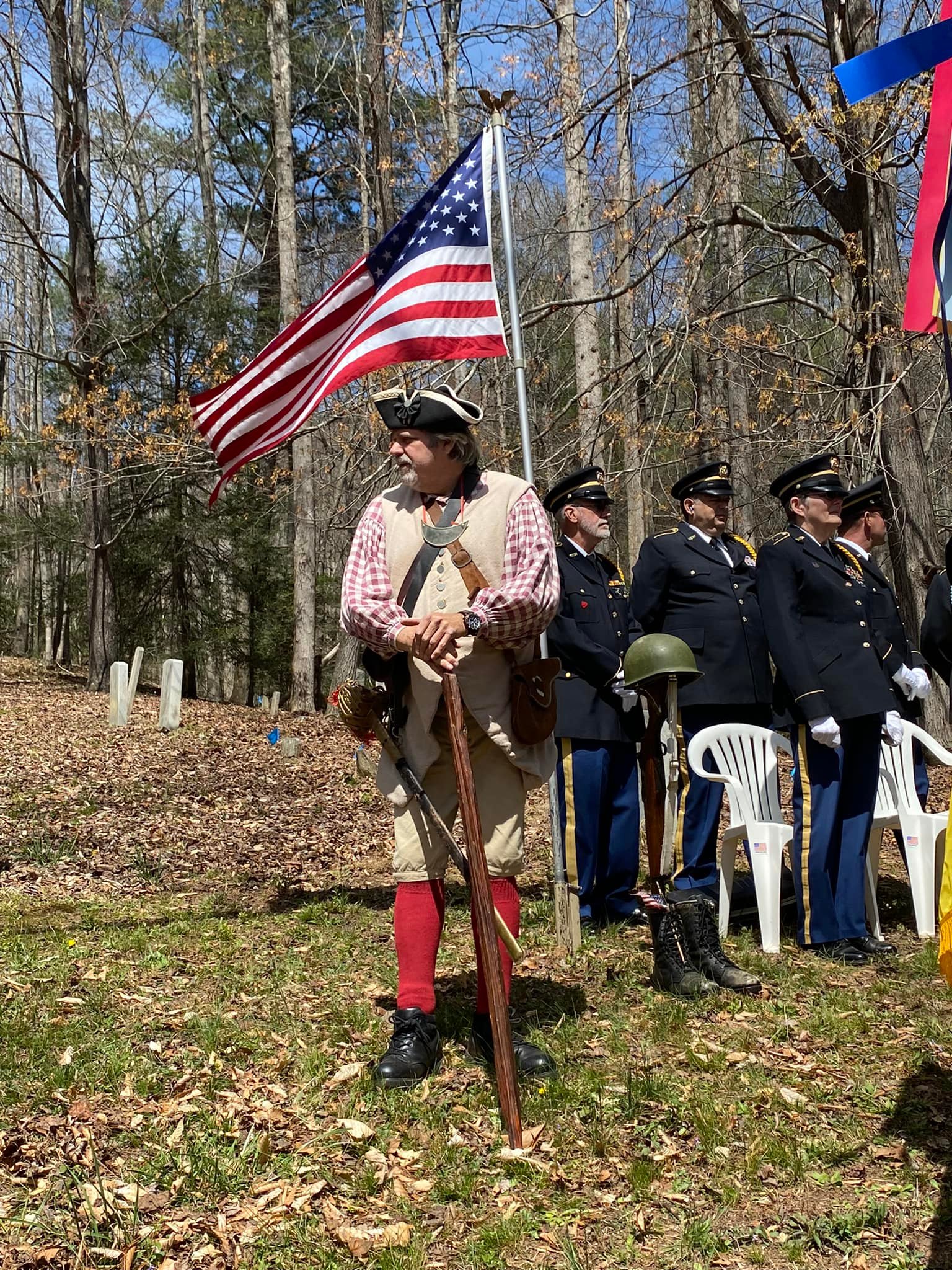 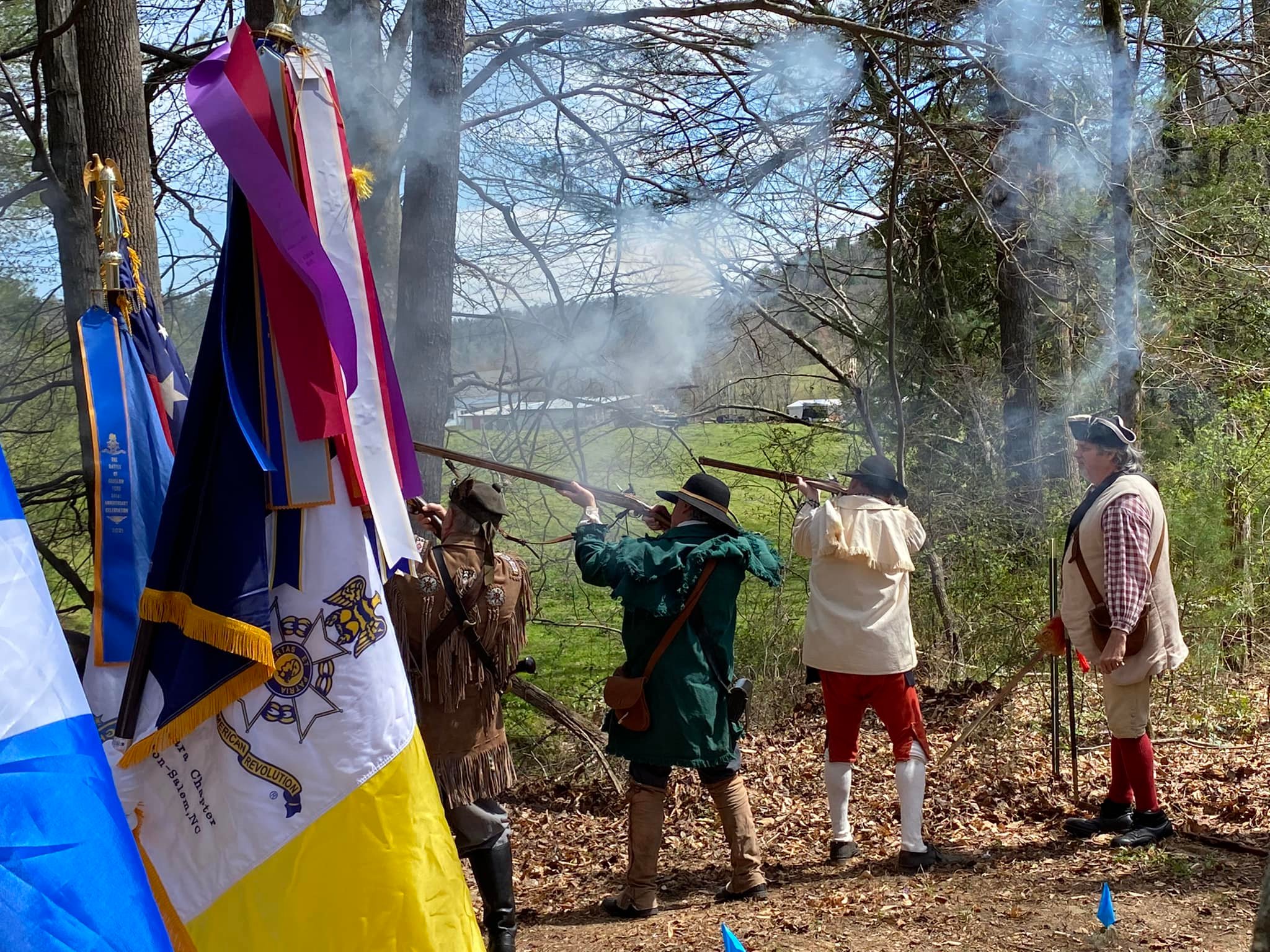 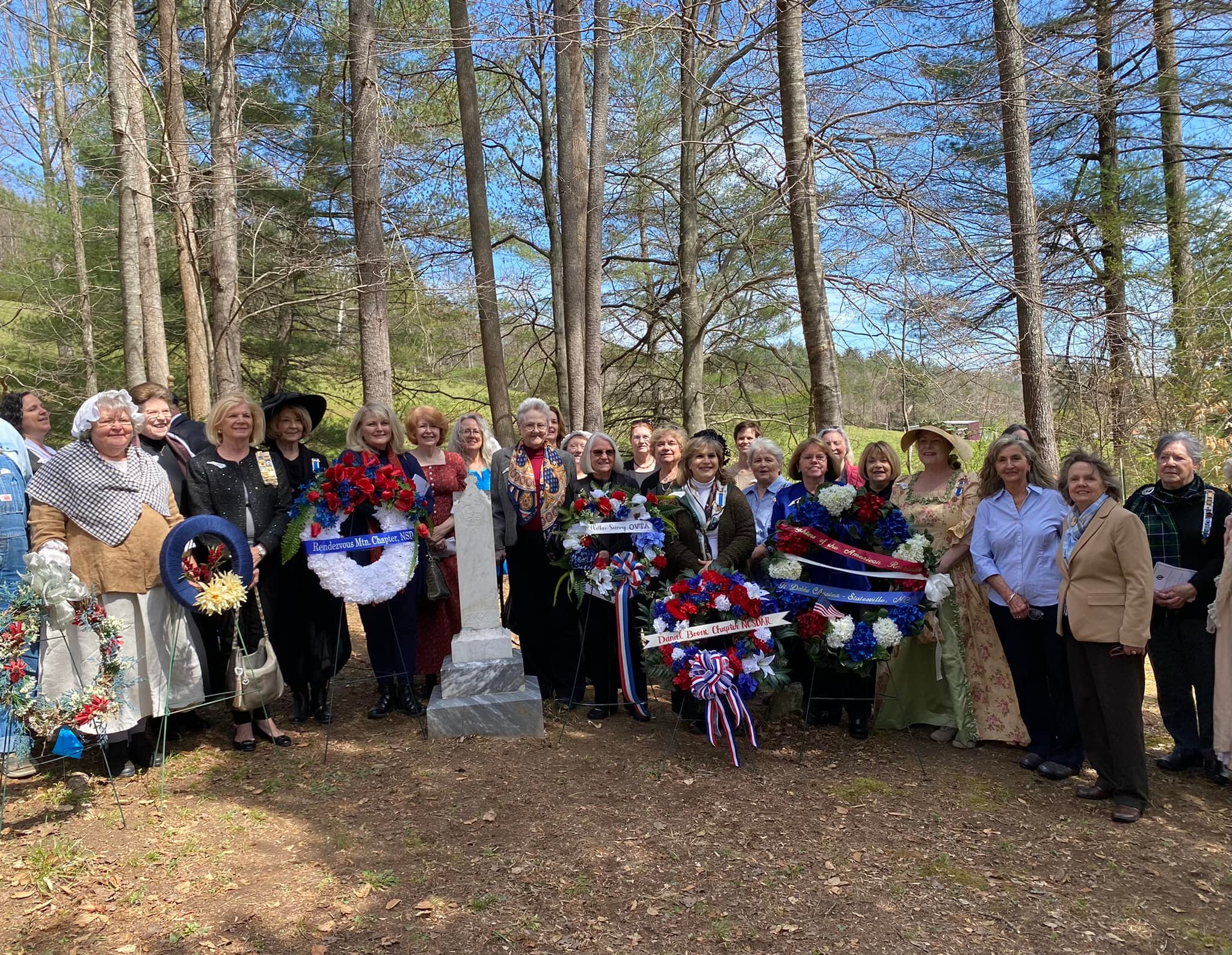 DAR members from many areas attended the marker dedication, many dressed in period and/or mourning costumes. 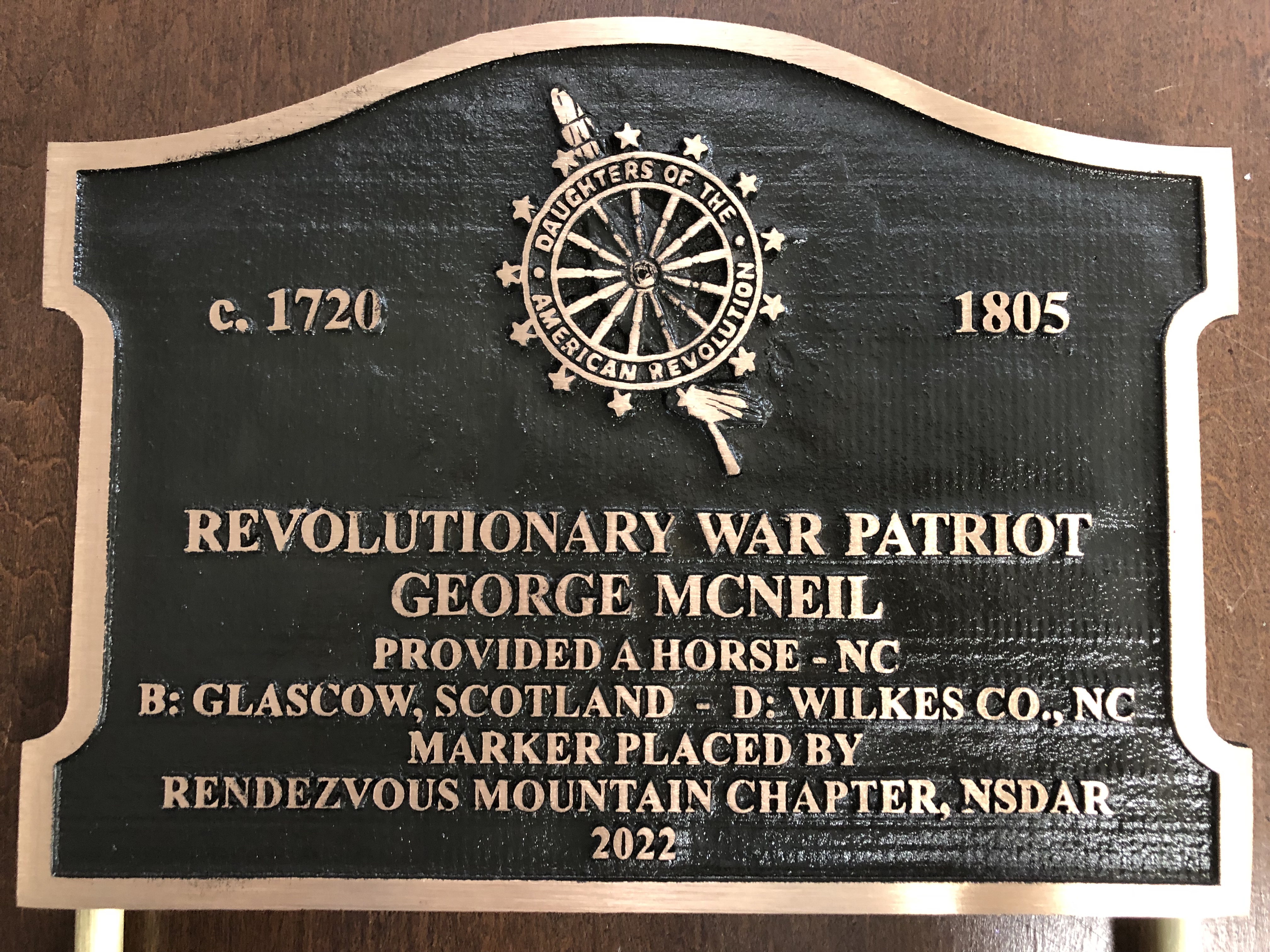 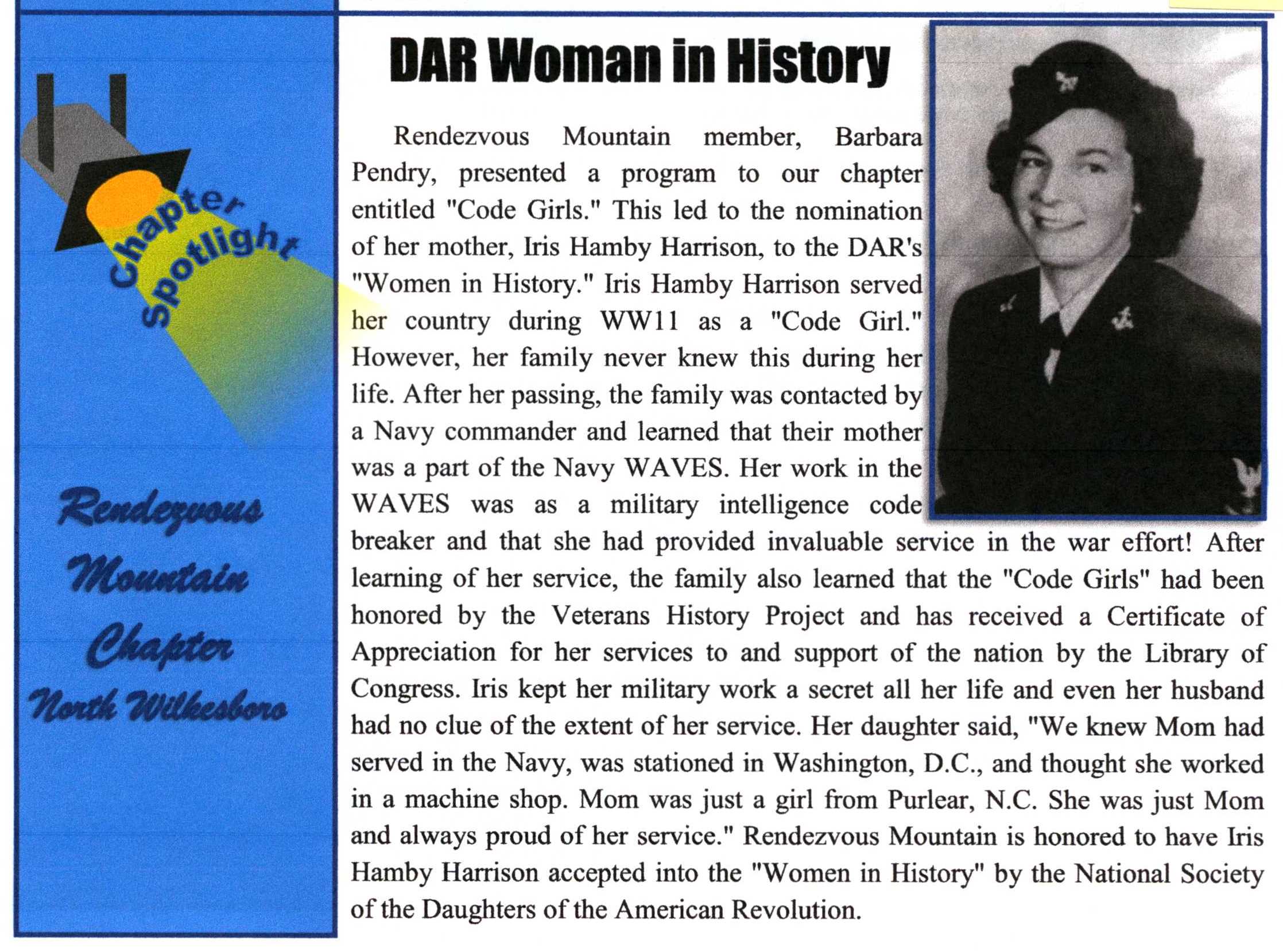 Rendezvous Mountain Chapter of the Daughters of the American Revolution

As one of North Carolina’s 105 chapters of the DAR, the Wilkes group is called the Rendezvous Mountain Chapter.  Formed in 1928, the chapter is named for the gathering on Rendezvous Mountain of about 300 men by Colonel Benjamin Cleveland.  They marched south and met up with the Appalachian “Overmountain Men” on their way to the Battle of Kings Mountain at the South Carolina state line that happened on October 7, 1780.

Meetings for the Rendezvous Mountain DAR chapter are held monthly for 10 months of the year.  Special events are hosted, and the group and its members volunteer and support many local efforts for promoting and recognizing:

DAR members have historically made a difference in American history, not only by remembering their ancestors, but by helping with women’s suffrage and current issues, Native American issues, and cultural and genealogical preservation.  Patriotic community service is a most-valued reason to join the DAR.

“God, Home, and Country” is the motto of the National Society of the DAR (NSDAR).  As a women’s service organization, the 185,000 members all over the world are dedicated to promoting historic preservation, education, patriotism, and honoring the patriots of the Revolutionary War.  Membership is open to women age 18 and older who can prove they are descendants of Revolutionary War patriots, regardless of race, religion, or ethnic background.  National headquarters is in Washington, D.C.  North Carolina’s first chapter was organized in Mecklenburg County in 1898.