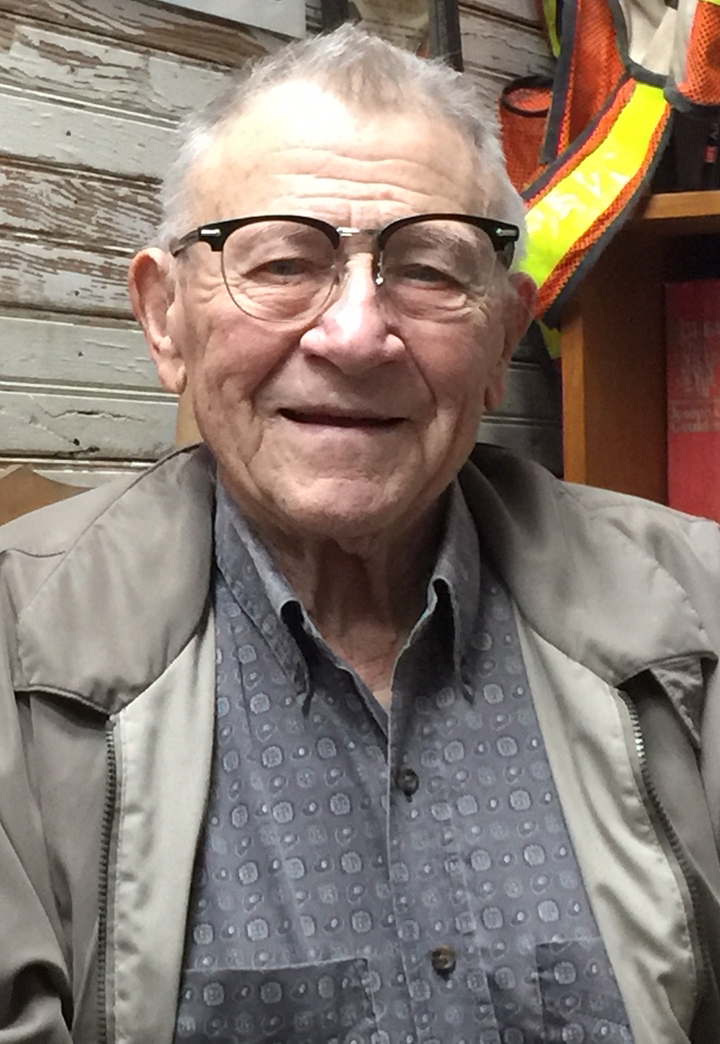 Martin Kellner, is a Navy veteran of WWII

an Air Force veteran of the Korean War 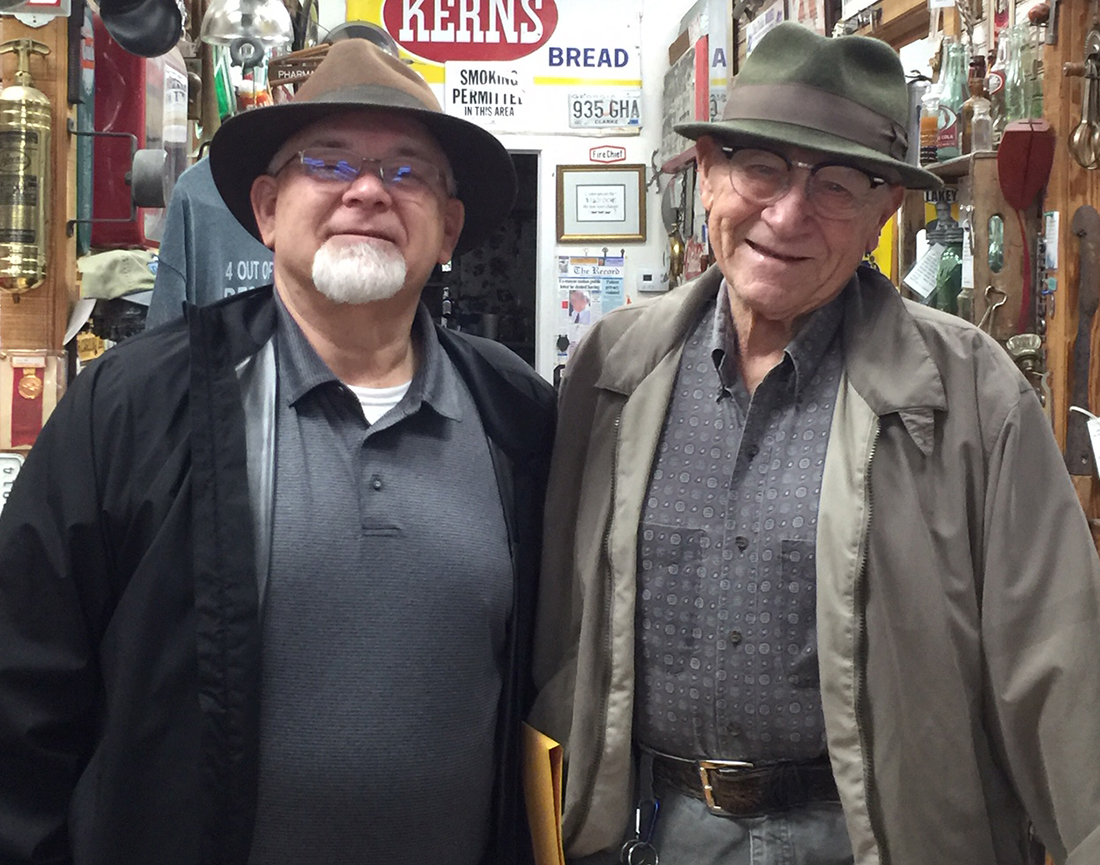 Martin and his son-in-law, Tim Pierce 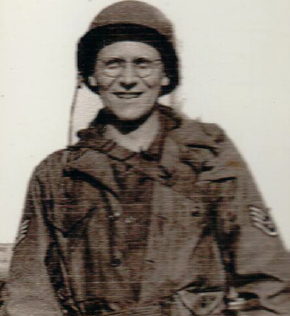 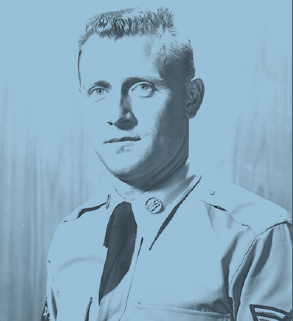 When Martin Kellner joined the U.S. Navy in 1943, during the height of WWII, he had no idea he would be serving his country for two decades.

Kellner, 97, of Roaring River, who is a native of New York state, recently told The Wilkes Record about his time in the service.

“I joined the Navy because I wanted to be a pilot,” Kellner said, adding that he went to special training schools for that purpose.

Instead, after the U.S. Navy sank three Japanese aircraft carriers in the Battle of Midway, greatly depleting the enemy’s air power, the need for pilots was not as great. Kellner instead worked as a marine engine mechanic on the USS Compton, a destroyer type vessel.

After the war, in 1946, Kellner was honorably discharged at the rank of Third Class Petty Officer.

“I never had anyone shoot at me,” he said. “My mother prayed me into that. She made God a lot of promises.”

One day his cousin came into the store. “He asked what I was doing the next Wednesday,” Kellner said. “He said he was going to go enlist in the Air Force.”

Kellner said he went home and “did the math,” and saw he’d be making a few extra dollars every month if he joined. He talked it over with his wife, Margaret, (who passed away in 2013 after 65 years of marriage). She told her husband that it was up to him.

Air Force officials told Kellner that he would enter the Air Force at the rank of “Buck Sergeant,” due to his prior service. His cousin, who has also previously served, went in as a corporal. So, in March, 1948, Kellner because a member of the Air Force.

Kellner went to school for “ciphers and codes” and worked in communications. He shipped off to Korea in 1950 and stayed there until 1952 as the war with communist North Korea raged. “I was in charge of the Wings Code Room of the 452 Bomb Wing,” which he said was a B-26 bomber “outfit.”

The personnel he worked with was well protected. “They didn’t want anyone in the code room getting captured and spilling any beans about the codes,” Kellner said.

Being stationed back in the U.S., Kellner recalled when President John. F. Kennedy was assassinated.

“I was in the code room (at the Pentagon) when Kennedy was killed,” Kellner said. “The major came in and said Kennedy had been shot. We closed the steel doors and buttoned the place down. I went down to radio room, a man was talking to the Secretary of State (Dean Rusk), who was headed to Guam.” Rusk asked if the president was dead. He was told that he was. Rusk turned around and headed back home.

Kellner added, “We were broken up about it when we heard the news. He was very popular with the military.”

“We went to his interment,” Kellner said. “I took my daughter, Monica and we watched from a distance.”

Kellner was discharged from the Air Force in August 1965 at the age of 39.

He had a career lined up for when he left service.

“The Air Force had a program where you could go to school at night,” Kellner said. “They paid tuition and you paid for books. I finally got enough credits to get undergraduate degree through the University of Maryland.” He said he received his Bachelor of Arts in history and government while he was stationed in Germany.

Going back home to New York, Kellner began teaching 11th grade U.S. History along with 12th grade elective courses. He went on to receive a Masters Degree in science and education from the University of New York in Cortland.

He said since his final assignment while in the Air Force was being superintendent of the Air Force Communication Center in the Pentagon that, “Going from a trainer, it wasn’t much of a change as far as teaching. It was sort of an easy change.”

Kellner eventually wound up going back to teach at his old high school. “There, I taught my old school friends’ grandchildren,” he said with a laugh.

He retired from teaching in 1984, a career which he said he enjoyed.

Kellner and his late wife moved to Wilkes a short time later.

“My wife had a friend in Swansboro and they painted a pretty bright picture of North Carolina,” he said.

He added that on the way back home, he and wife stopped for lunch in Union Grove.

“I asked the waitress if it snowed much here,” Kellner said. “She said about six inches. I said that’s a pretty good storm. She said that was for an entire winter.”

That cinched the deal.

“I contacted a realtor and told him what we wanted,” he said. “About six months later, I got a call and he said he thought he found what we were looking for.”

It was a secluded home that needed some work. Although the Kellners soon moved in, he said it took about five years to renovate the home to their liking.

The couple became acclimated to the community and made plenty of friends. Kellner even joined the “Old Farts Hikers Club,” of which he is still an inactive member.

After Margaret died, Kellner married Wanda Byrd Rumple and now is blessed with a new family along with longtime loved ones and friends.

You don’t have to ask Kellner if he’s a happy man. The smile on his face says it all.