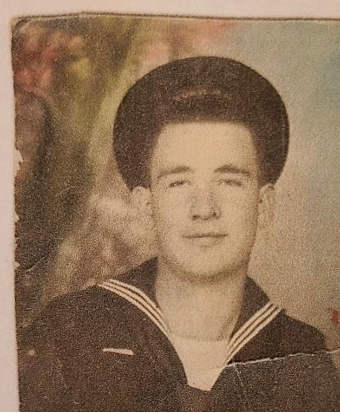 USS Miami where Combs was stationed

A booklet printed and distributed to all who were on board the USS Iowa, V-J Day 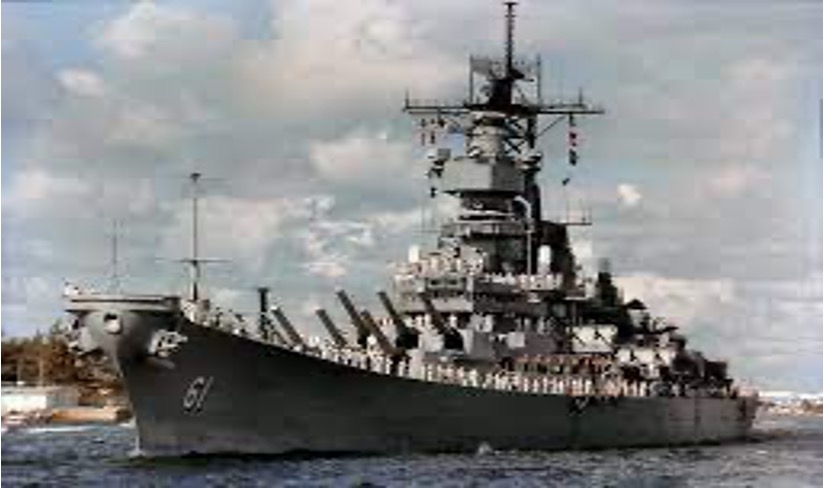 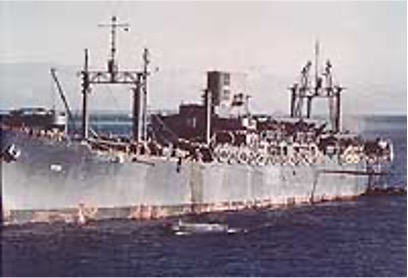 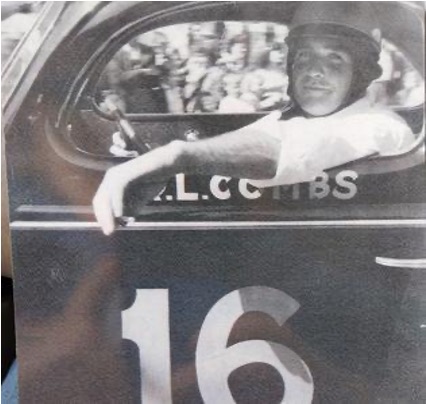 Combs after he returned home and became involved in NASCAR

R.L. Combs was born in the little community of Spurgeon in Wilkes County, North Carolina, on January 28, 1924. His parents were Harvey Roscoe and Genie Johnson Combs. With the coming of WWII, R.L. entered active service on November 11, 1943 in Spartanburg, South Carolina. He was sent to the Naval Training Center at Bainbridge, Maryland. After completing training there, he was sent directly to Solomons, Maryland for amphibious assault procedures. Part of their routine was being placed on transport ships which sailed on the Chesapeake Bay for a couple of days before being assigned to their ships.

R.L.'s first assigned ship was the USS Miami. He boarded in Norfolk, Virginia on March 7, 1944. They sailed to the Naval Research Laboratory Annex in Chesapeake Bay, then to Delaware Bay, and on to Philadelphia for repairs. He left the USS Miami on April 2, 1944.

The USS Iowa was the lead ship of the Iowa class battleships, and had 9 Battle Stars during WWII. R.L. reported for duty from the Receiving Barracks at Camp Shoemaker, Pleasanton, California on August 17, 1944. He would serve on the Iowa until January 1, 1946. In September they were part of the 3rd Fleet (Task Force 38) and participated in air strikes on the Philippine and Caroline Islands, October against Ryukyu Islands, Taiwan and Luzon, also the Battle of Leyte Gulf. In November they faced Kamikaze attacks. In December they ran into Typhoon Cobra, a horrific storm that caused the sinking of 3 destroyers and nearly 800 lives lost. The Iowa lost one of the planes on her deck and had damage to a shaft forcing them to return to the US for repairs at Hunters Point Shipyard in San Francisco. March 19, 1945 they set sail for Okinawa. In May they were again participating in air strikes against Kyushu. In July they were on their way to Northern Honshu and Hokkaido, working with two of her sister ships, the USS Missouri and the USS Wisconsin to cause major damage to the Nihon Steel Company and Wanishi Ironworks. They also struck the city of Hitachi Miro. Then they attacked the Island of Kahoolawe. August 29, the Iowa entered Tokyo Bay along with the Missouri for the surrender of Japanese forces. September 20 they headed back to the US arriving in Seattle, Washington on October 15. By December they were in Morrell Dry Dock at Terminal Island Shipyard, Los Angeles, California. His awards include American Victory WWII, Asiatic Pacific with 5 stars and Philippine Liberation with 2 stars.

R.L. was now ready to come home aboard the USS President Adams.  The first day of February, 1946 they sailed from Terminal Island, San Pedro, California arriving in Charleston, South Carolina on March 28.  He was honorably discharged from the US Navy on April 18, 1946 at Shelton, Virginia.

R.L. came back home to Wilkes County, North Carolina where he met Lucy Johnson.  They were married on June 4, 1954 and had a daughter two years later.  Lucy became ill and passed away in May of 1958.  R.L. turned to NASCAR and raising his daughter, Susan, to help cope with his loss.  He raced in many small, mostly dirt tracks around the southeast until deciding to quit around 1960.  He lived in Greensboro, North Carolina but returned to North Wilkesboro where he lived until he passed away on April 7, 2012.  He is buried at Mountain View Baptist Church Cemetery in the Windy Gap community of Wilkes County, North Carolina, beside Lucy.