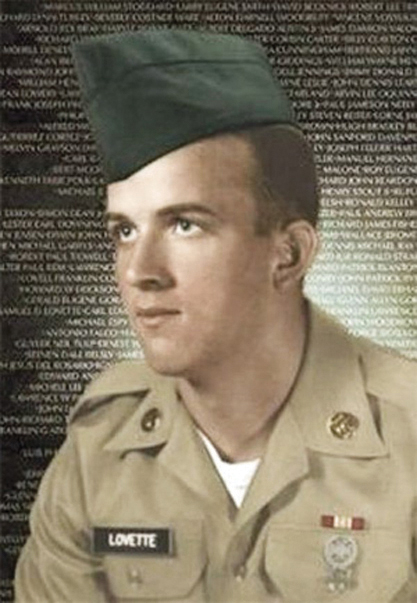 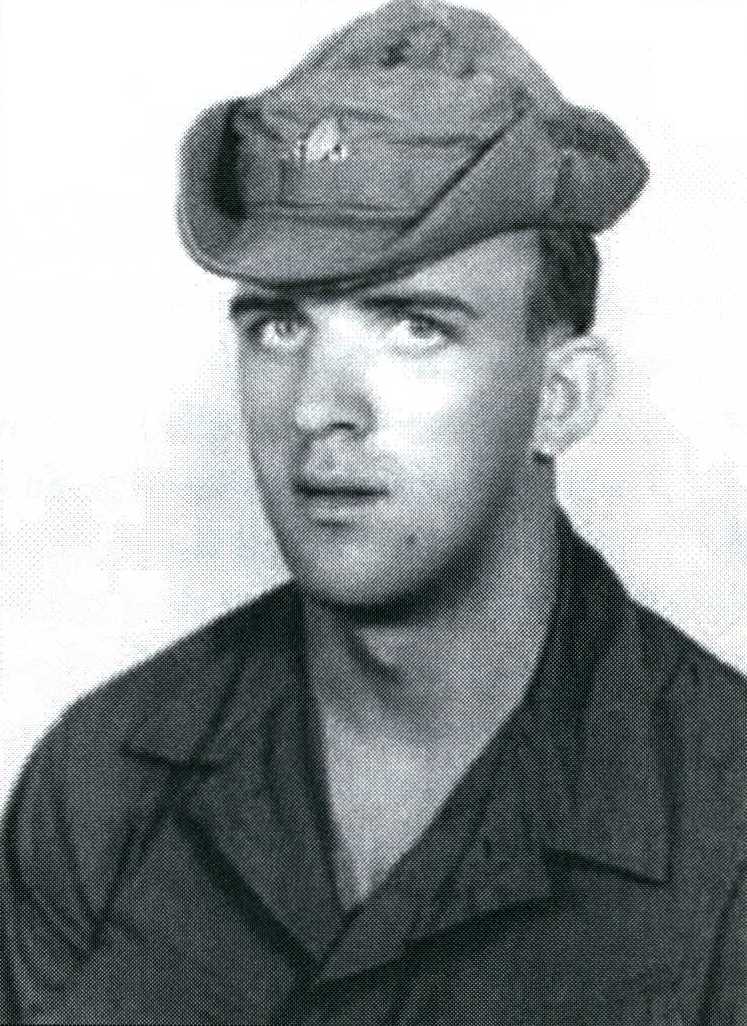 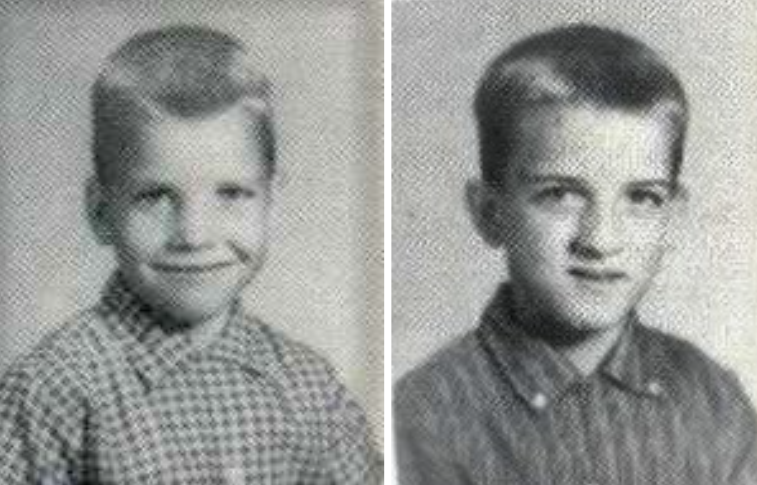 Samuel "Sammie" Lovette was born in Wilkes County, North Carolina on December 19, 1948.  He was a corporal in the United States Army who served during the Vietnam War.  His specialty was Light Weapons Infantry and he belonged to the 25th Infantry Division, 1st Battalion, 27th Infantry, C Company.  He lost his life on April 30, 1969 to hostile gun small arms fire, in South Vietnam, Binh Duong province.  Sammie was awarded a Purple Heart posthumously. He is honored on the Vietnam Veteran's Memorial in Washington D.C. (name inscribed at VVM Wall, Pane, 26w, Line 85).

In memory of Sammie - submitted by Ken Welborn

Sammy Lovette was a good man, even as a little boy…

I was in the seventh grade at Elementary  School before I had a young and pretty teacher.

Perhaps it was the seventh grade before I cared either, but I will never forget her. She was our Health and Physical Education teacher, Freida Matthews. Freida was, and is, beautiful, and every boy in the seventh grade was in love with her. It had to be love, because it was Mrs. Matthews who took us to the gym — for dancing lessons. Not a word of complaint from the Great Unwashed, just the ever-present request, “Mrs. Matthews, can you show me again exactly how I’m supposed to hold the girl?”

And, speaking of the “Unwashed,” my mind immediately returns to Miss Finley, the second grade, and the tight-knit group of boys who would never “tell” on one another, no matter what the consequences. Yes, “I’ll Never Tell,” The Code of the Great Unwashed, may sound cute or funny now, but when you were in Miss Finley’s class, you needed all the help you could get. After all, this is the same Miss Finley who never batted an eye about walking straight into the boy’s bathroom to quell a disturbance.

The boys in this class stood up for one another, and there are names I will never forget: Bobby Lewis, Richard Watson, Gary Anderson, Arthur Lowe, Jr., Randy Absher, Jimmy Blankenship, Q.V. Porter, Kurt Johnson, and to a lesser extent, Tim Moore and Gray Crouse. But there’s one more, and he is the one I remember best, a kid I never met until the second grade, but who became a friend for life — Sammy Lovette.

I knew nothing of Sammy Lovette until 1956. Sammy was from Second Street Hill in . In those days, houses lined both sides of and the kids all came to North Wilkesboro Elementary.

From the first day, Sammy and I hit it off. He was the older brother in his family and I was the younger brother in mine, so we always seemed right at home in each other’s company. Sammy Lovette was a good kid, a dead-shot in a game of marbles, a whiz at kick-ball, a decent student, and best of all, a friend you could trust.

That year — 1956 — was an election year. Why mention the election of ‘56? That’s an excellent question, but for reasons unknown to me, the election seemed to be on the mind of Miss Elizabeth Finley on the day that Sammy Lovette became a friend I could never forget.

It was during a daily rest period that out of the clear blue came a noise like a clap of thunder. Miss Finley had taken her yardstick and slammed it down on the top of her desk as hard as she could. The sound was tremendous and every kid in the room jumped straight up in his or her seat. It is probably a good thing that those desks were bolted to the floor.

Miss Finley then yelled, “I like Ike!” She continued, “Yes, I like Ike, and I don’t care who knows it!”

She had just about scared the whole class to death.

“Now, lay your heads back down.” She calmly intoned after her brief statement, but no one dozed off that day.

Sammy Lovette sat in the row next to me, just ahead. After the “I like Ike” episode, Sammy and I started whispering about something or another. After a bit, I took my pencil over to the window to sharpen it.

The window looked out to Mrs. Gentry, the cafeteria lady’s, house. I would always get hungry when I would think of her and those wonderful lunches she and Laura Belle Whittington prepared. The pencil was one of those big fat ones that just barely fit into the biggest opening of the Boston Sharpener bolted to the windowsill. I can still smell those pencil shavings.

After I returned to my seat, I tried to get Sammy’s attention to tell him something else. When Sammy didn’t notice, I leaned out to tap him to get him to turn around.

Just as I reached out, Sammy slid around to whisper something to me, and, before I could stop, my hand, which was still holding the freshly sharpened pencil, hit him in the thigh. Sammy yelled out in pain as the sharp end of that big pencil dug through his pants and into his leg. I immediately pulled my hand away, and Sammy slid back into his seat.

“What was that, Sammy?” Miss Finley questioned.

“But, what was that noise all about?” she persisted.

“What noise?” Sammy asked, his voice kind of trailing off, knowing he was in trouble. The conversation went back and forth between Miss Finley and Sammy until she gave him the ultimatum. “Tell me why you made that racket, or who made you, or I’m going to paddle your bottom.”

Sammy just lowered his head and said nothing. In just a minute Miss Finley came to Sammy’s desk, took him by the hand and led him out into the hall.

Paddlings are a lot like executions; there is a sort of morbid curiosity that finds you wanting to watch, whether you are for or against the prisoner. In first grade, Mrs. Minnie Horton always took you to the front of the class to paddle you (an excellent deterrent to more bad behavior).

Miss Finley, on the other hand (or bottom), would take you out to the hall. All you ever heard was a muffled “whap” and a kid crying, analogous I suppose to the lights flickering in when they threw the switch on Old Sparky in the Death House.

Sammy took his licks without a sound. He didn’t cry, holler, run or try to sneak a spelling book into his pants. He just took his punishment.

As Sammy returned to his seat, I mouthed, “I’m sorry” to him and he nodded his head and mouthed, “Okay.”

After school that day Sammy rolled up his trousers and showed me the place on his leg. There, just above his knee was about a three-eighths-inch piece of lead from that pencil still imbedded in his thigh. I couldn’t believe it, but Sammy was proud. Proud he didn’t, as he put it, “…cry when you or Miss Finley got me today.”

Sammy and I were in school together for years and we never had a cross word. I never forgot how he took a paddling for me, and we laughed many times about the lead that stayed in his leg forever. As teenagers, I would see Sammy somewhere and, before we would even speak, he would smile and point down to his thigh.

Sammy Lovette was killed in in 1969, the only personal friend I lost in that war.

I used to see Sammy’s late mother, Hildred, from time to time and wonder what I could possibly say to comfort her. I think she knew that Sammy was and is always in the hearts of many who will never forget him.

Sammy Lovette was a good man, even as a little boy.