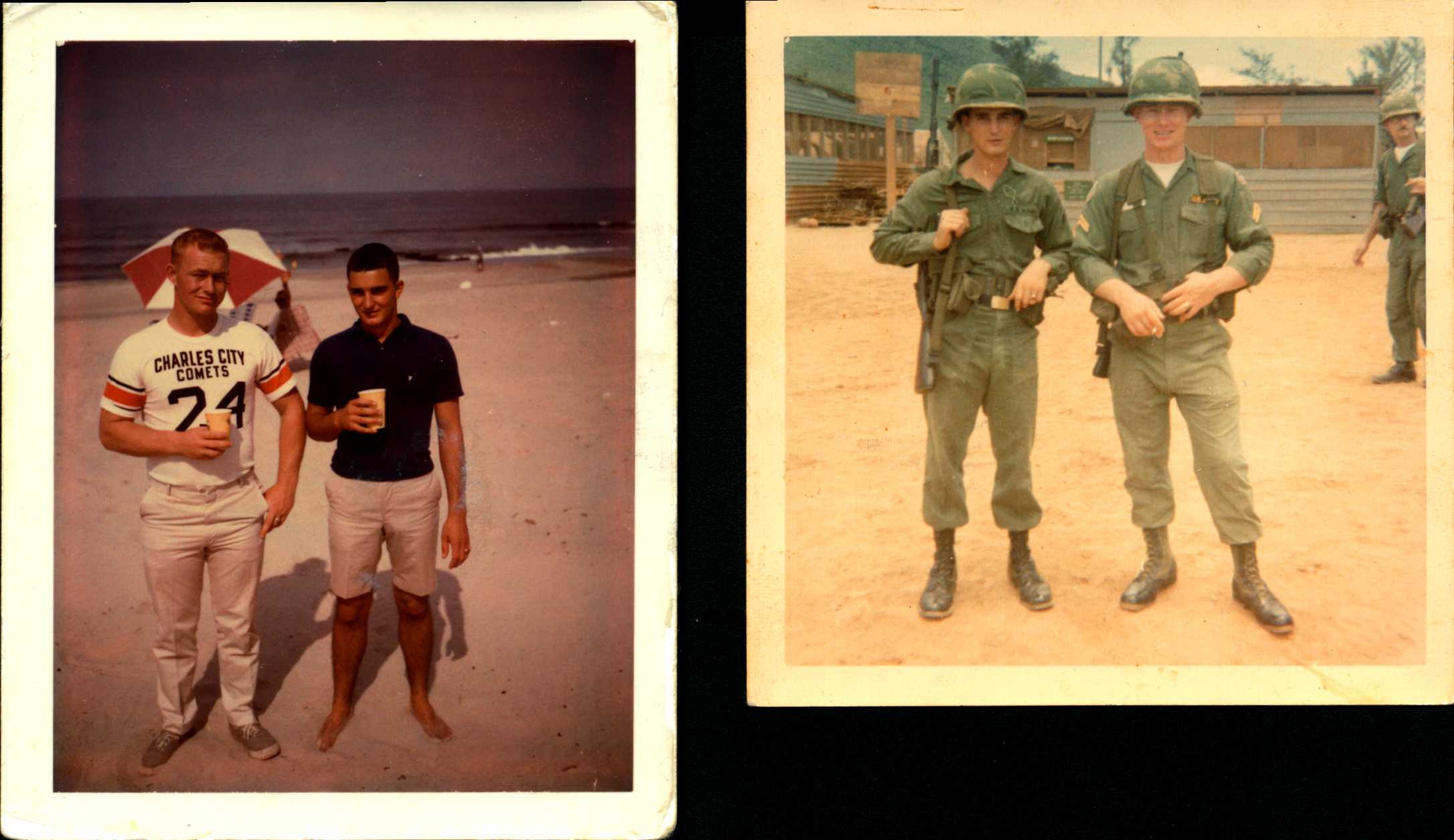 Pat and Friend Before and During Service 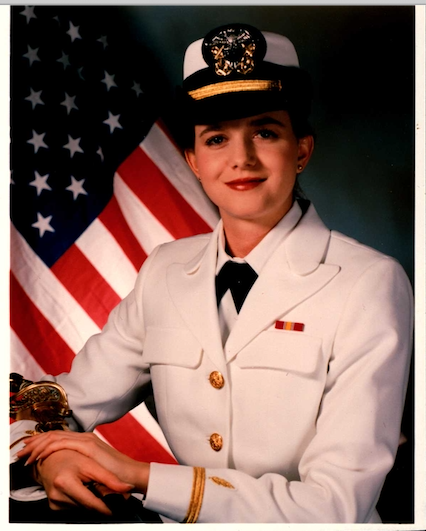 Pat's Daughter Amanda in the Navy 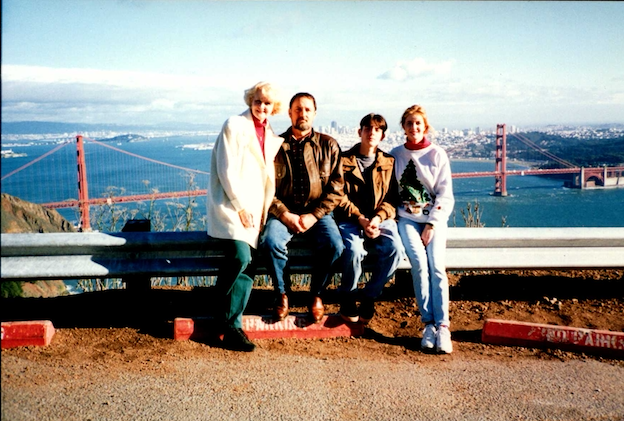 Pat, his wife Suzanne, and their son and daughter Amanda and Patrick 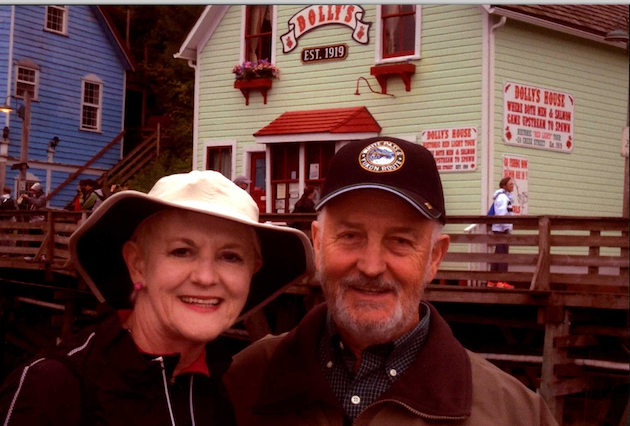 Pat and Suzanne in Alaska 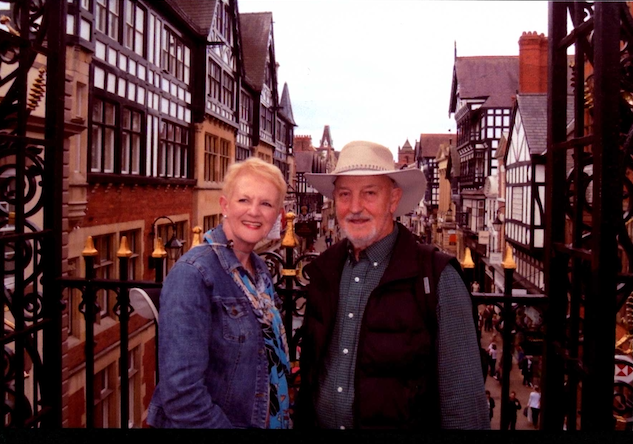 Pat and Suzanne in England 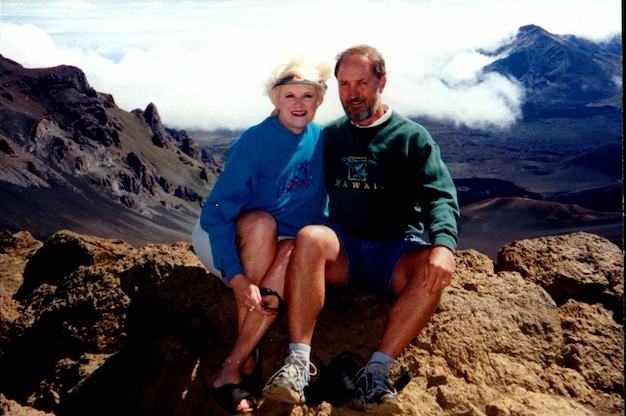 Pat and Suzanne in Hawaii 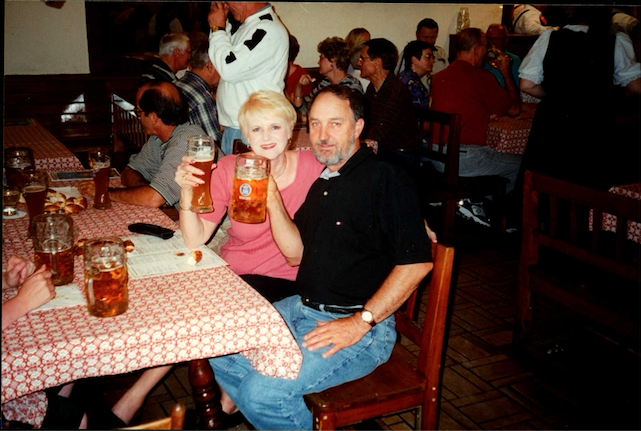 Pat and Suzanne in Munich, Germany 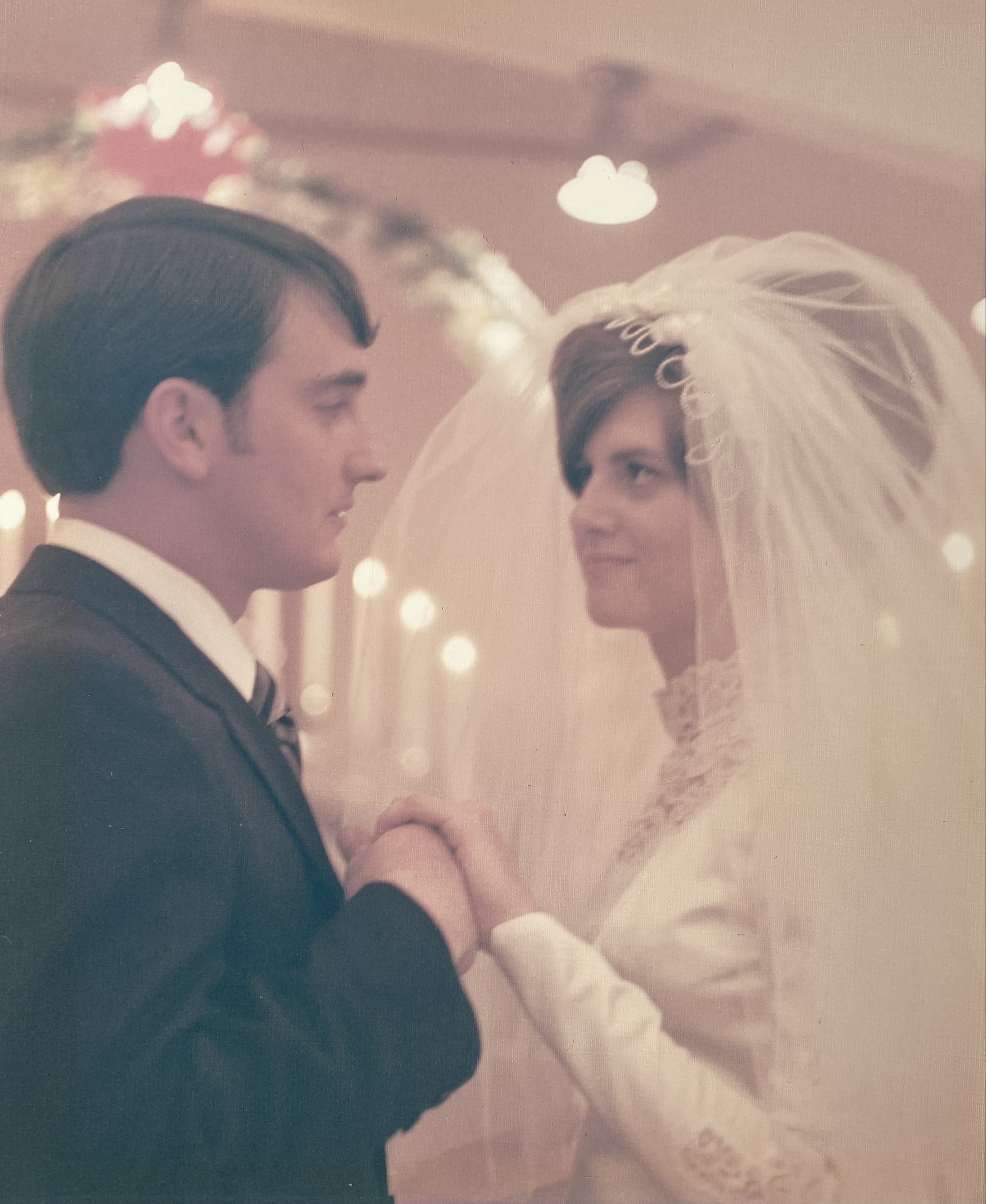 Pat and Suzanne at their Wedding 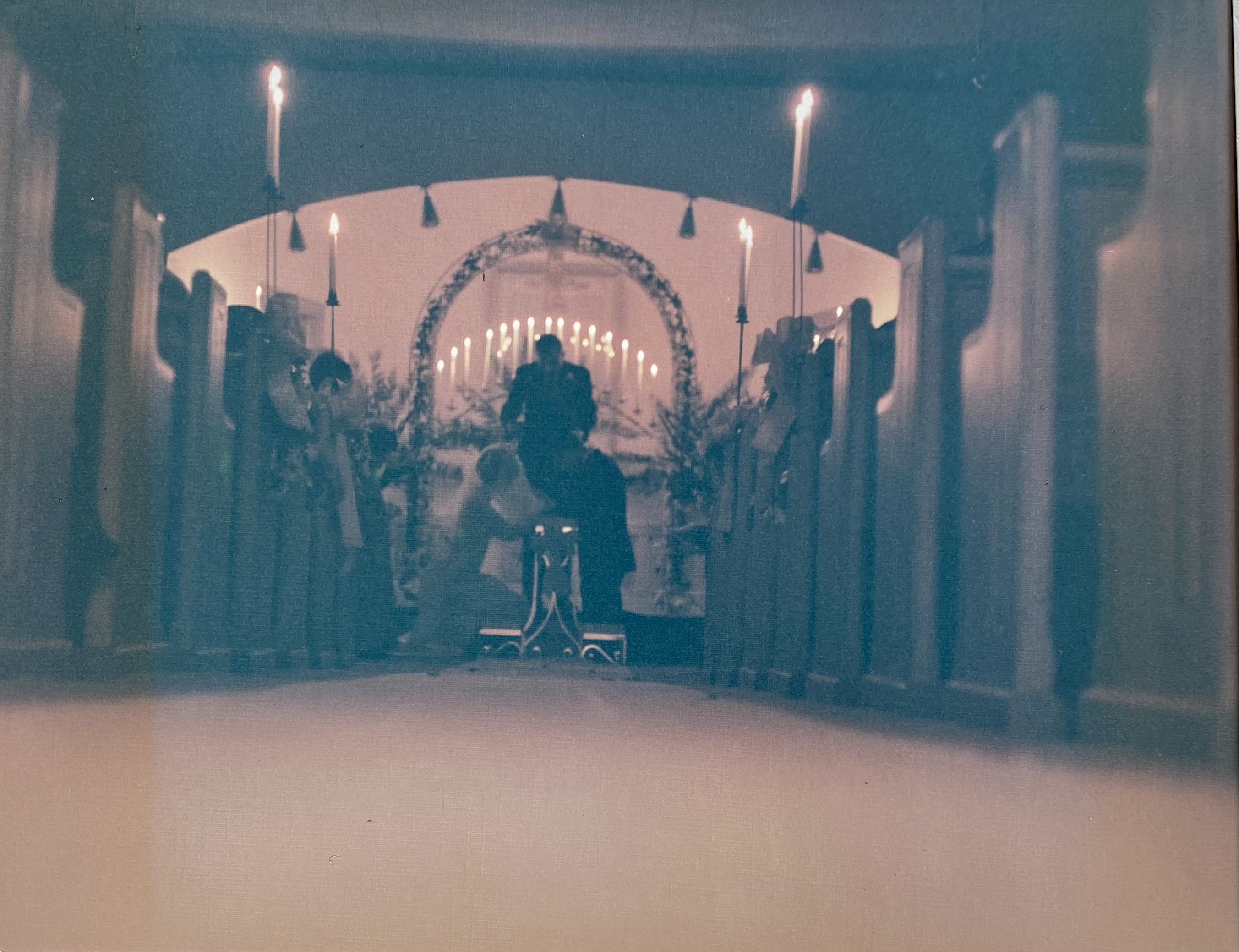 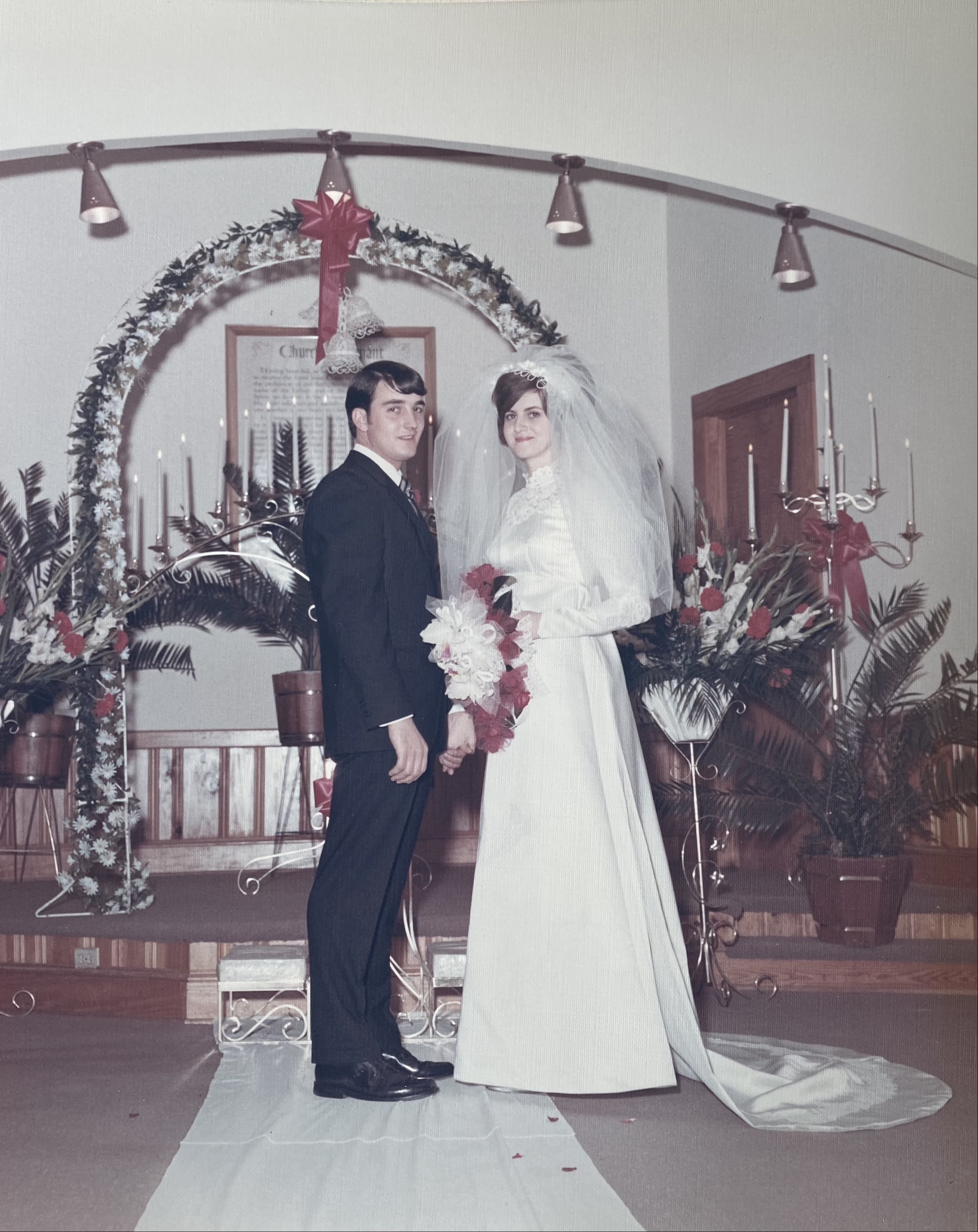 Pat and Suzanne at the Altar 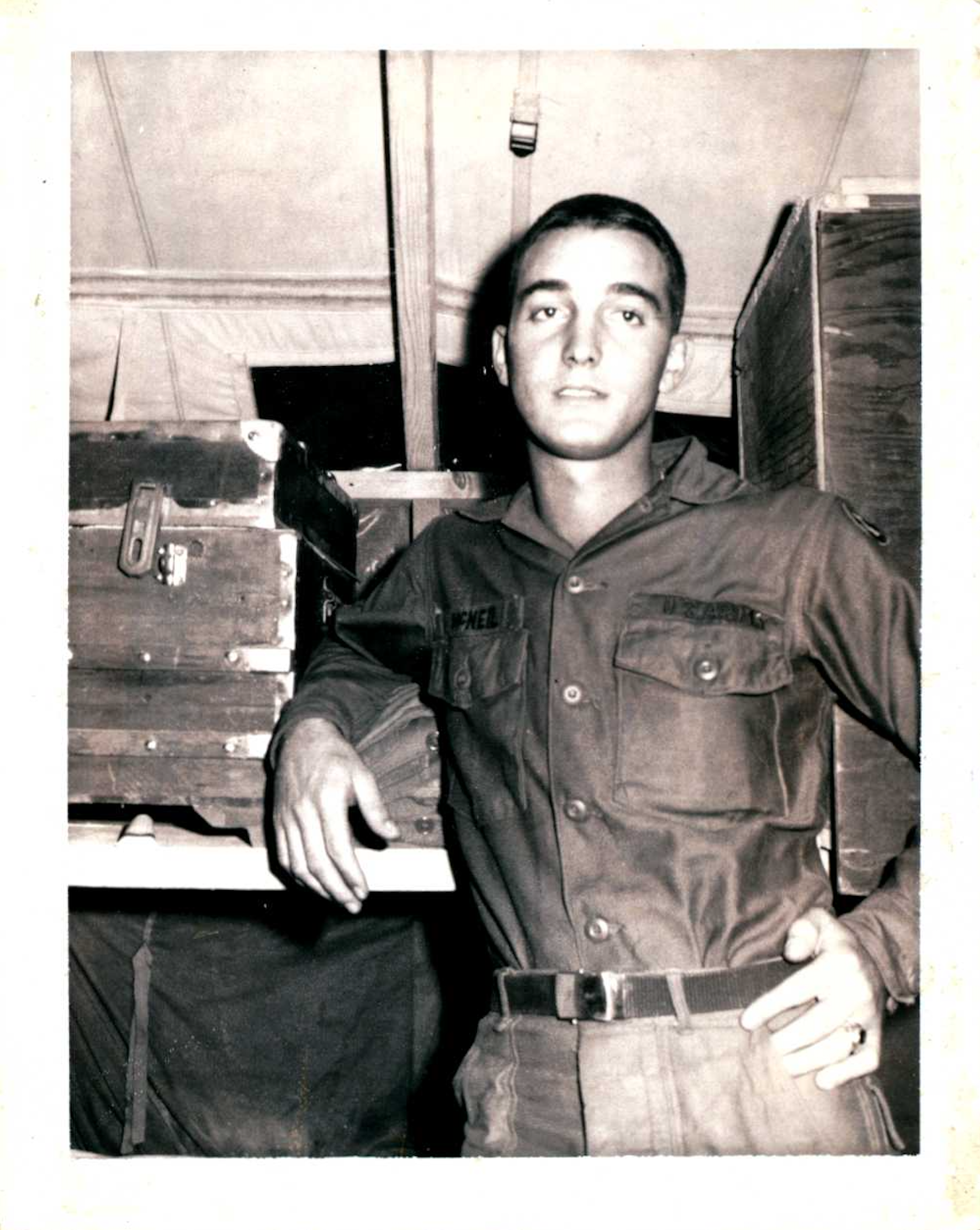 Pat in the barracks 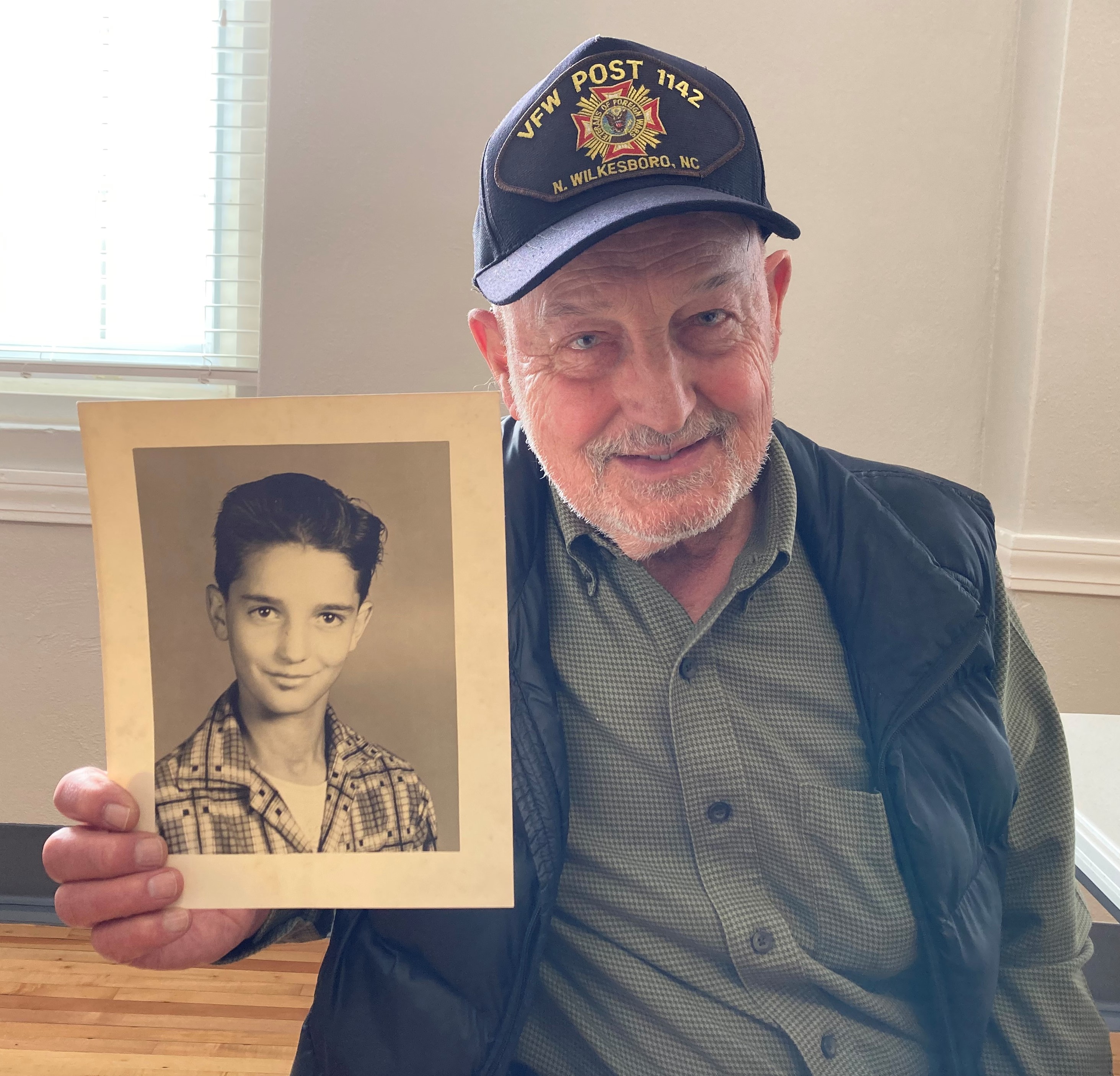 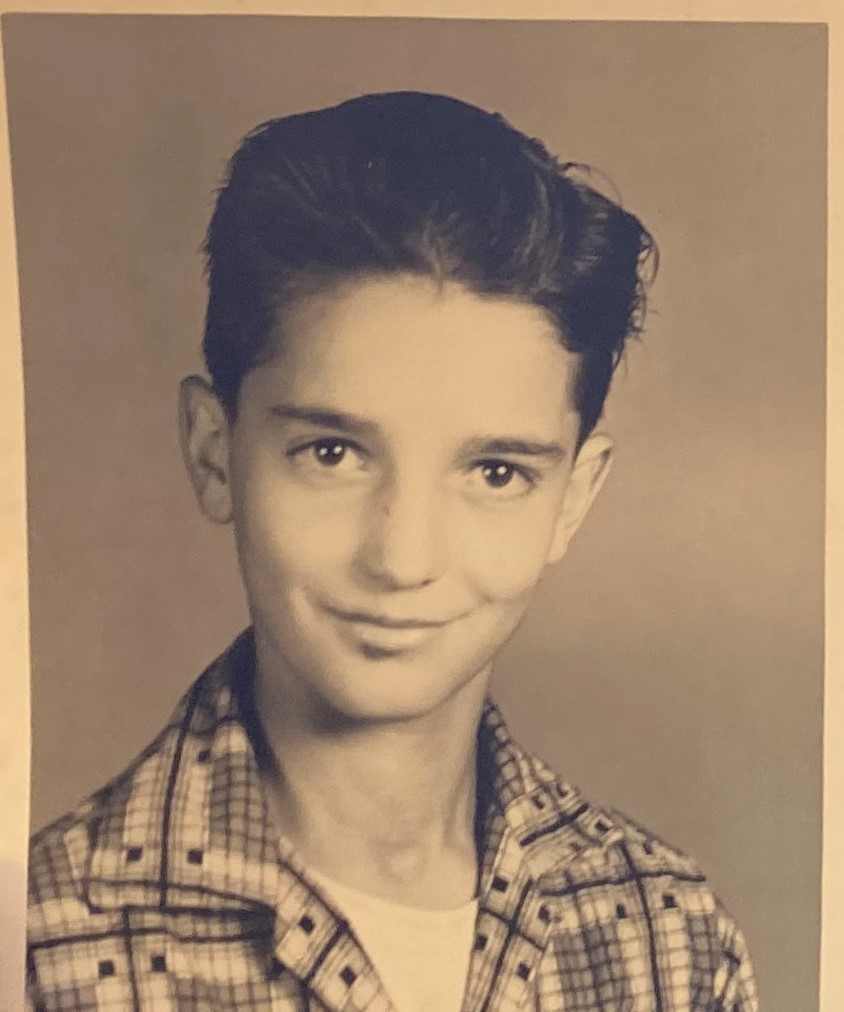 Pat McNeil was stationed in Qing Yan, Vietnam for about 14 months. While he was overseas his job was transportation. He and his company worked to move mostly ammunition off of ships. He was stationed with one of his closest friends who he stayed in contact with for many years after they were both back home. Pat recalls the difficulties of trying to stay dry during monsoon season:

"During monsoon season when it rained continuously for about 3 months she (the woman assigned to do their laundry) would take the clothes home with her and she would dry them over charcoal. We would go for 3 weeks at a time without dry clothes to put on. She would eventually bring us some fatigues, and they didn't stay dry for long, but it was something that felt good for a while."

On his first year home from service Pat faced some culture shock when he learned of the protests of the Vietnam War, and the assassinations of Dr. Martin Luther King Junior and Bobby Kennedy. He met his wife Suzanne in 1968, and they were married on January 10, 1970. Following his marriage, Pat acclimated to civilian life, and began working in construction. Pat then moved to start working for a paving company, then for a building contractor doing grading work. In 1984, after completing an associates degree, Pat started his own business in grading. Around the same time, his wife Suzanne, started her own business servicing patients in their homes with oxygen. She decided to start her own business after several years working as a nurse and respiratory therapist. At the same time they were starting their own businesses, they were also raising two children, Amanda and Patrick. Suzanne emphasizes the importance of faith in their lives:

"I cannot leave out the most important thing, Faith. We knew that God would help us. I think relying on our faith... it's a big step to go out and do that at the same time. We had a daughter in college, a son in high school, a house payment, sometimes a car payment, so it was the faith that had gotten us this far."

Both of their children followed in their footsteps and eventually, owned their own businesses. Amanda joined the US Navy Nurse Corp. Following her service she earned her Masters degree in Nursing, and then her Doctorate. Eventually, she started her own business in Winston called True Bio. She has one daughter named Ashlyn.

Patrick went to school for carpentry, and worked as a carpenter for many years. He is married and has two sons. He decided he also wanted to own his own construction business, and successfully did so in the Fall of 2021.

Pat and Suzanne discovered their love for travel when their daughter, Amanda, was in the Navy, and stationed in San Diego, California. Prior to that, Suzanne was fearful of flying. After visiting her daughter she became comfortable with it, and they began to travel. They have been to Alaska, England, Hawaii, Germany, Austria, Switzerland and many other places. ​​​​​​​