Need resources for a school project? Or some extra practice for the SAT? Or perhaps you just need a suggestion for which book to read next. You can find it all through NC Live for free with your library card! All you have to do is:

Here are a few of the many resources available:

Practice tests and self-paced courses (including the SAT)

Find a good book to read or get help for your book report.

Love the Non-Fiction, it's lonely! 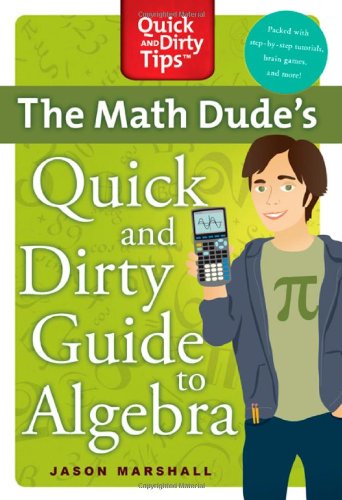 Jason Marshall, popular podcast host known to his fans as The Math Dude, understands that algebra can cause agony. But he's determined to show you that you can solve those confusing, scream-inducing math problems--and it won't be as hard as you think!

Learning algebra doesn't have to be a form of torture, and with The Math Dude's Quick and Dirty Guide to Algebra, it won't be. Packed with tons of fun features including "secret agent math-libs," and "math brain games," and full of quick and dirty tips that get right to the point, this book will have even the biggest math-o-phobes basking in a-ha moments and truly understanding algebra in a way that will stick for years (and tests) to come.